By Katie on October 4, 2014 From the RoadTurkey Again

Bursa was not in our original plans. In fact, neither of us had really even heard of Bursa before this trip but we sure are glad we know it now.

Like I previously mentioned, we bussed to Bursa from Bartin and stayed with Ahmet and Sevil for a night before heading off to Çanakkale. We then decided to head back to Bursa and catch the ferry to Istanbul from there on our last day of riding.

Our first plan was to arrive on Wednesday night, stay Thursday and catch the early ferry on Friday morning to meet my older brother PJ and his wife Jen in Istanbul. But unfortunately PJ couldn’t make it at all and Jen wouldn’t be there until Saturday so we asked them if we could stay an extra night and they were more than happy to have us stay. 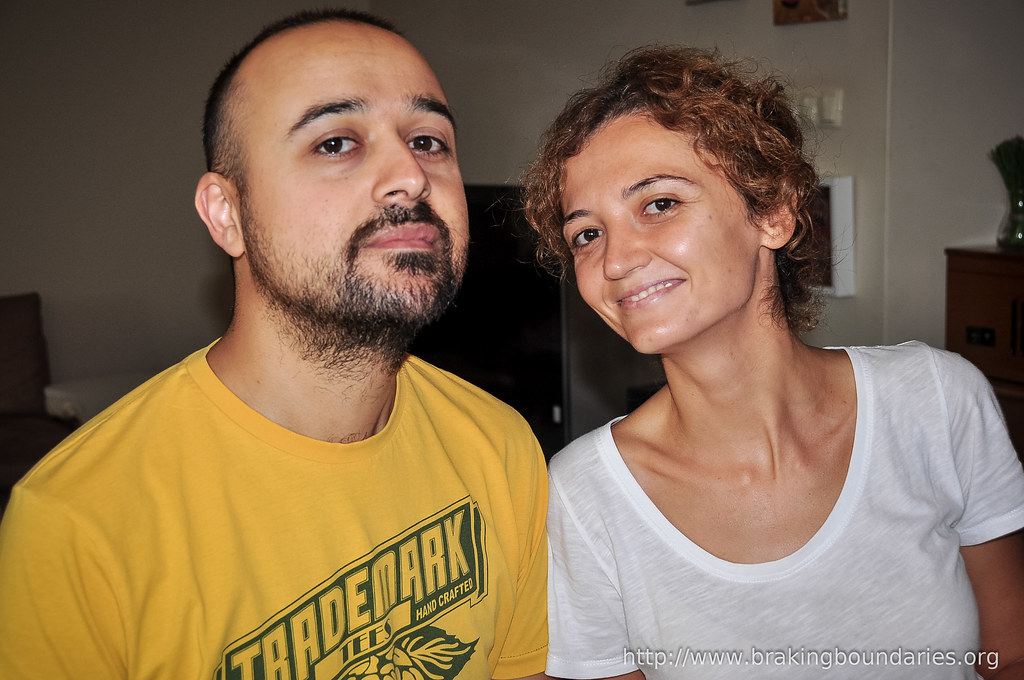 Since Jared and I weren’t doing anything during the day and they were both working, we decided to earn our keep and make dinner for them both Thursday and Friday nights. It was really nice to be able to give back and give them a few nights off from cooking. It was also fun for us to play house for a few days and be able to cook in an actual kitchen. 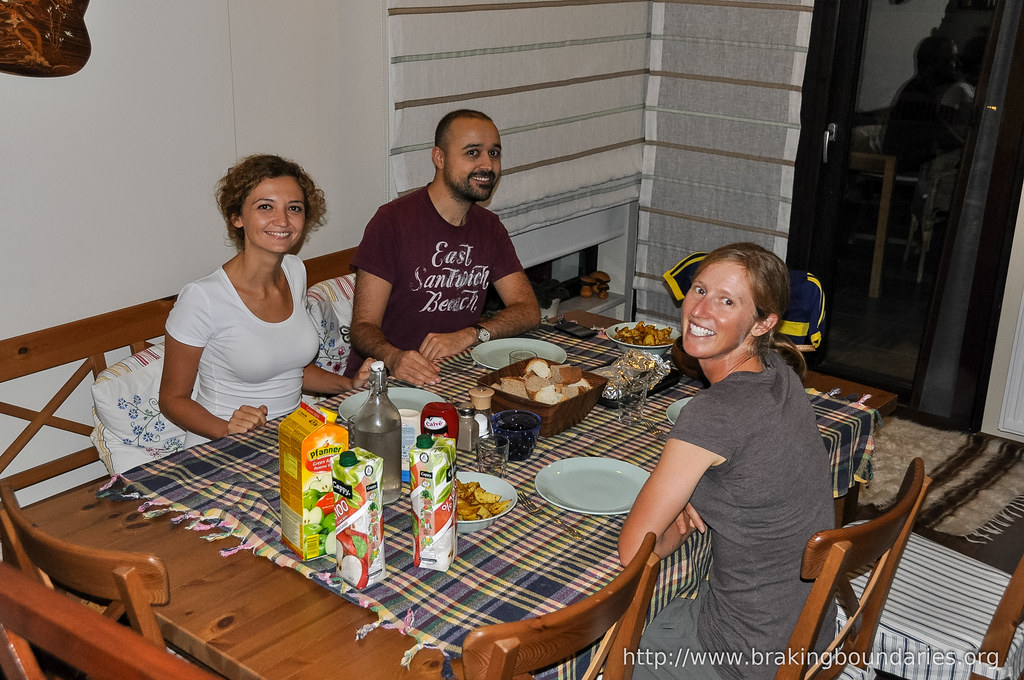 But our three days with Ahmet and Sevil were more than just dinners and breakfasts. Every night at dinner was like sitting down with old friends. There was never any awkward silences, that come easily when meeting new people, but instead flowing conversations and witty banter. Each night was filled with stories of travels, laugher, picture, and great conversations. 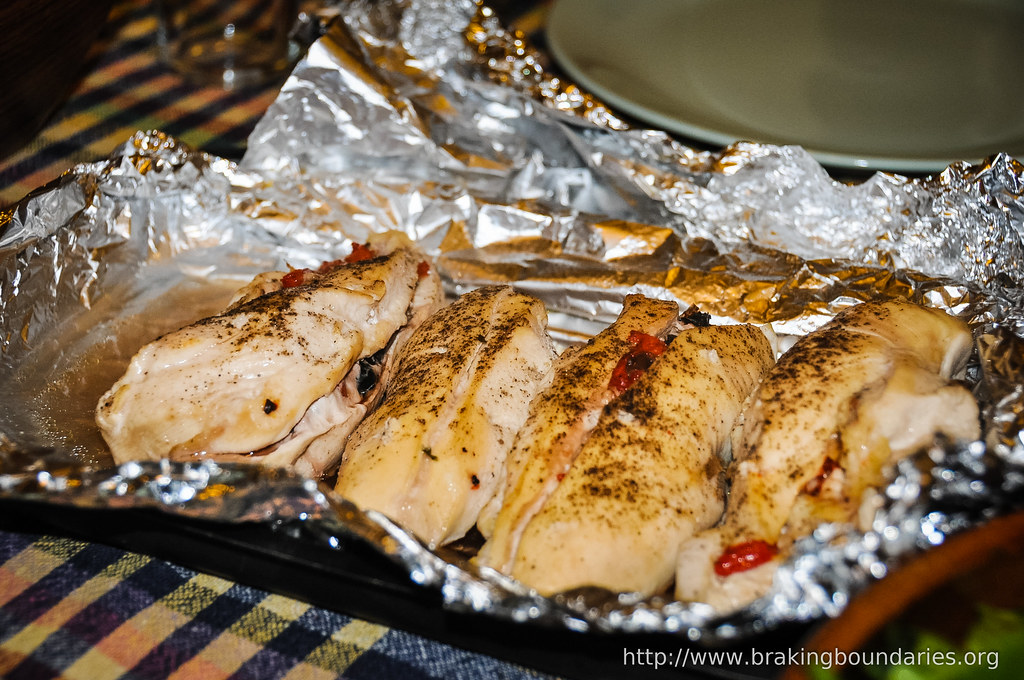 On our last night we went out for some dessert and coffee after dinner. Ahmet and Sevil took us to a great Baklava and ice cream place and treated us to some wonderful dessert. If that wasn’t enough, we then went for Turkish coffee. And this wasn’t typical Turkish coffee, it was a specialty coffee that included 12 different flavors and were told we had to try to describe what we tasted. We all tasted something different but we all agreed it was some of the best coffee we had ever had. Not only was the coffee delicious, both Jared and I really liked the coffee cups from the restaurant, which had little mustaches on them. We had talked about trying to find Turkish coffee cups on our trip and wished we could have a set of those.

Once we were done, Sevil took to reading our coffee grounds. We had seen this done once in Dikili but Sevil really got into it and read my cup for about 20 mins. It was really fun and after she read mine and Jared’s, I got a crack at reading hers and Ahmet’s. I was told I had to feel the grinds and express what they were telling me. I will admit, it was really fun and later that night I looked up how to read Turkish coffee grinds on Google.

After a wonderful evening of treats and coffee, our time together was coming to an end. As we were driving back to their house they presented us with a small gift. At the coffee shop, they had snuck off and bought us two of the little coffee cups , the ones we really wanted, and a couple hundred grams of the delicious coffee we were drinking. We were blown away and so grateful, there was no reason they had to do that after all they did for us, but that’s how wonderful the people of Turkey are. 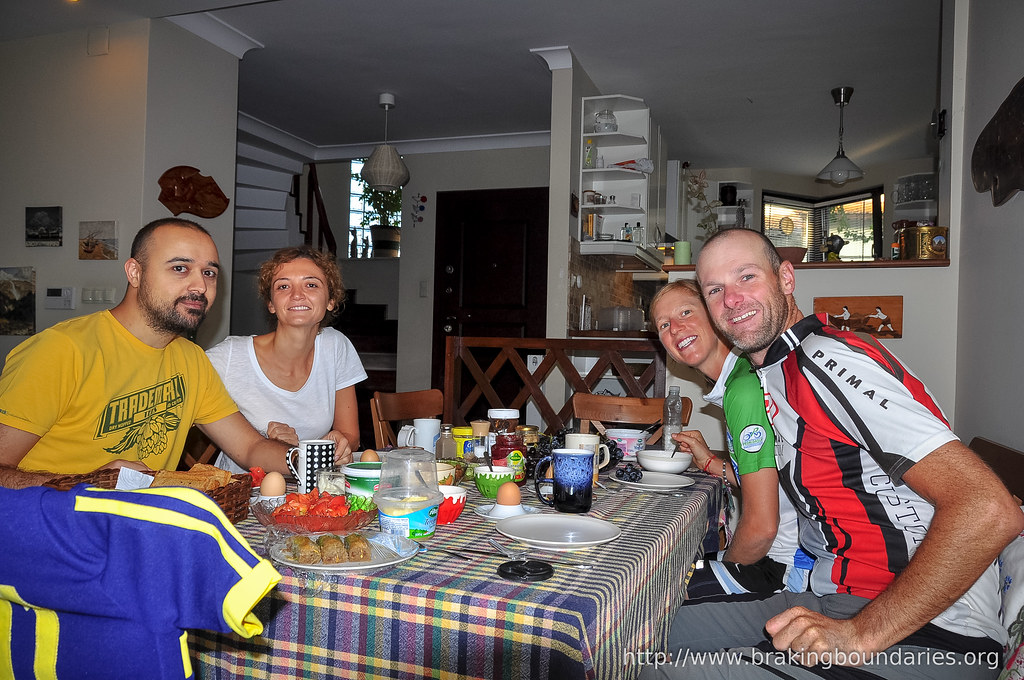 The next morning Jared and I were off to Istanbul and had to leave around 8:30, so they were up, on a Saturday nonetheless, and had breakfast ready for us by 7:30. We enjoyed one last meal together before saying goodbye. And it was a sad goodbye, we didn’t think of Ahmet and Sevil as our hosts anymore, we thought of them as our friends. We really enjoyed our time with them and know we will be seeing them again in the future. 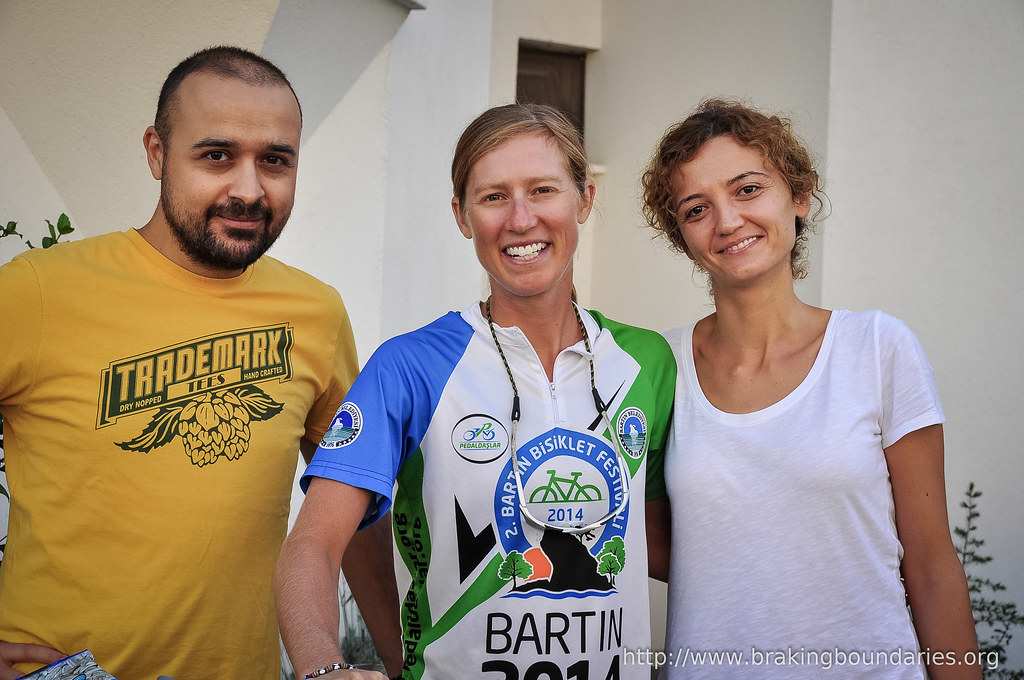 When We Dont Cycle Katie Sleeps
Many Thanks