After our random morning at the Bergama Athena Pensiyon it was time for the official celebrations to begin. First stop, a local Cay house where Erdal had organized cyclists from Dikili, Bergama, and Soma to come meet us, ask questions, and hang out. Balloons were hung, Cay was had, and cake was eaten. 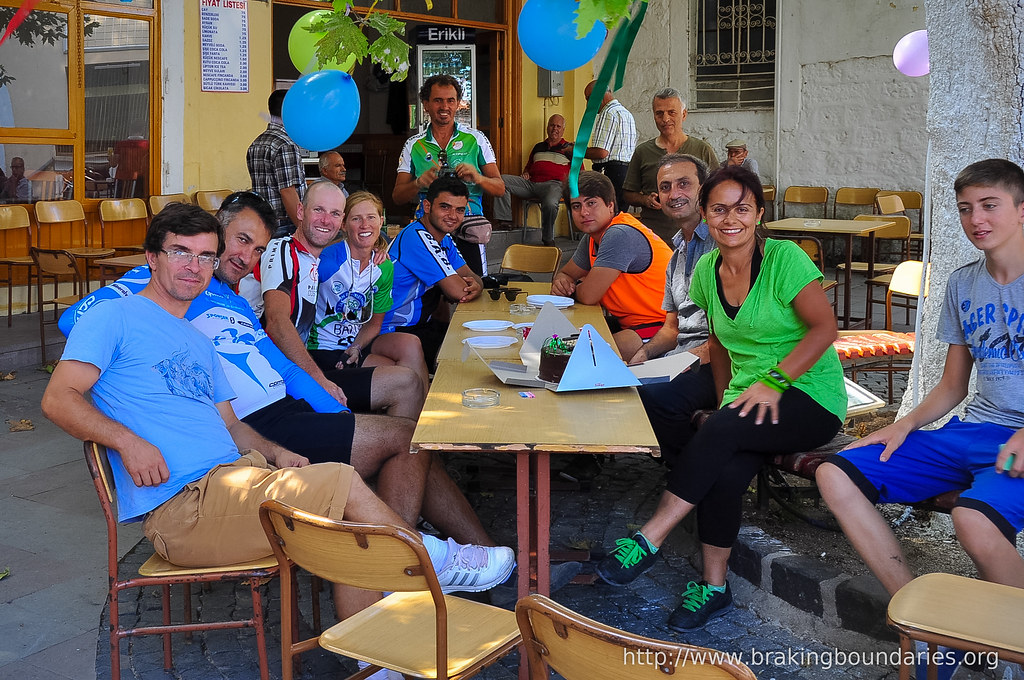 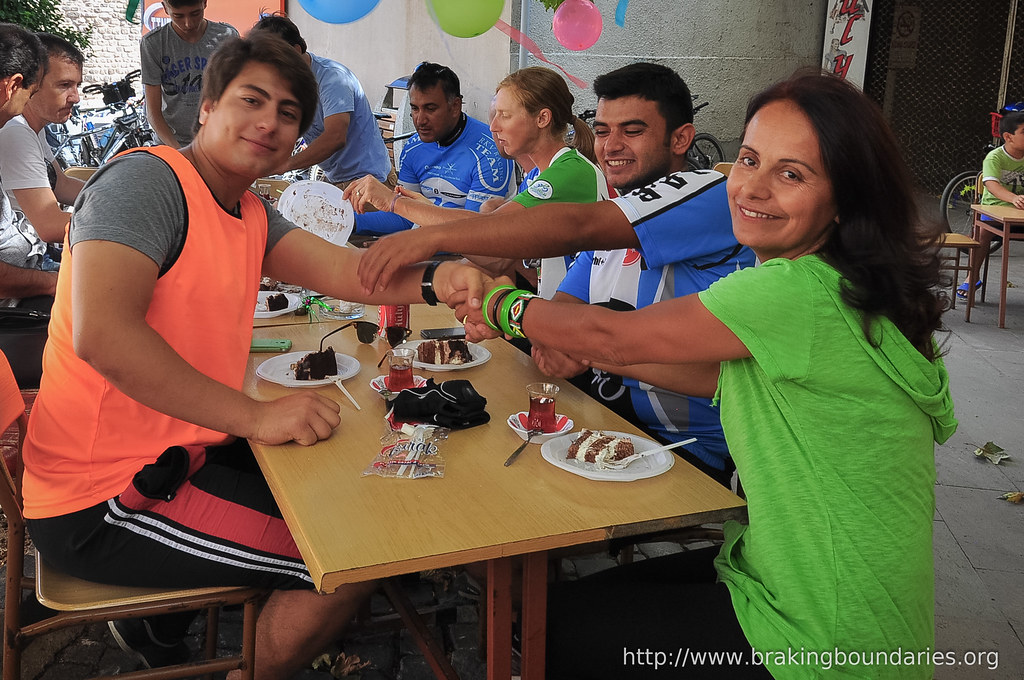 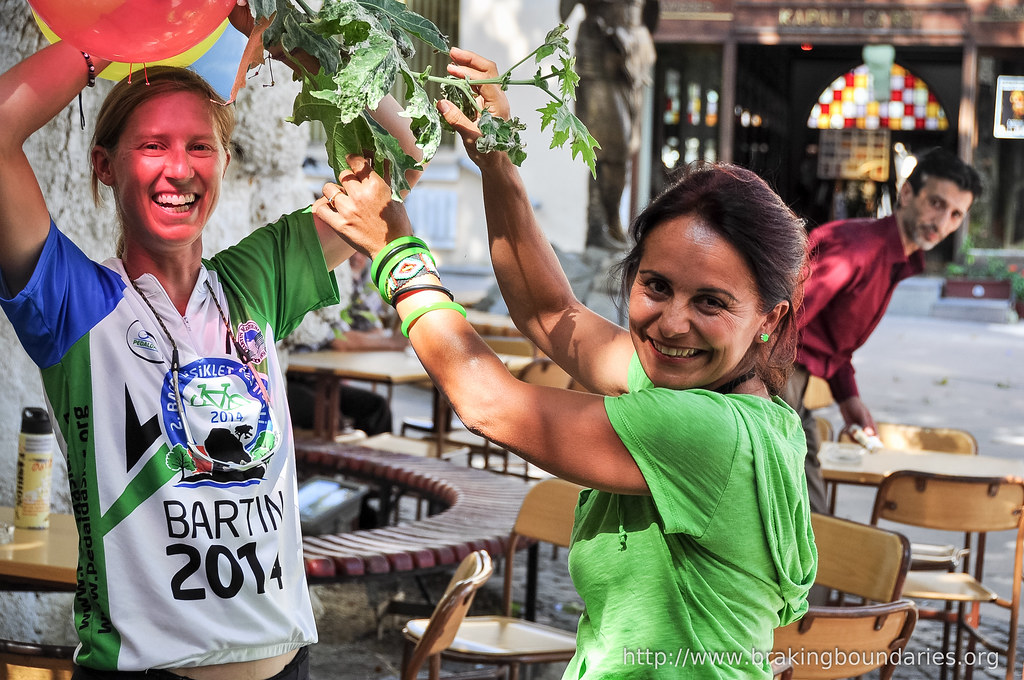 In Turkish culture the first piece is cut by the man and then fed to the woman. 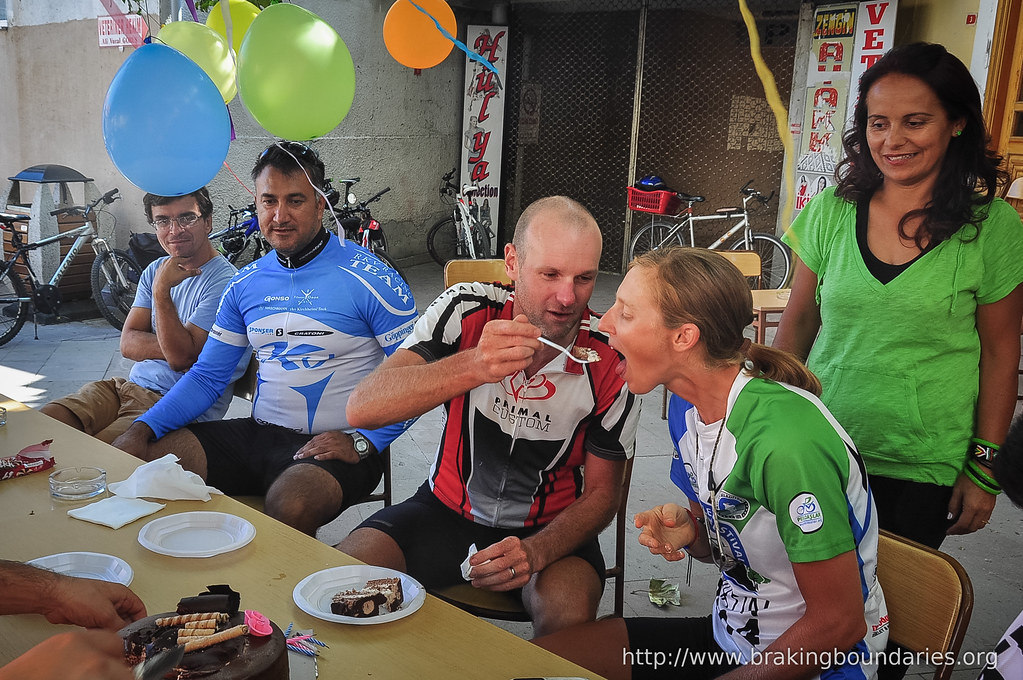 Add Katie & Jared to this and you end up with cake on peoples faces. 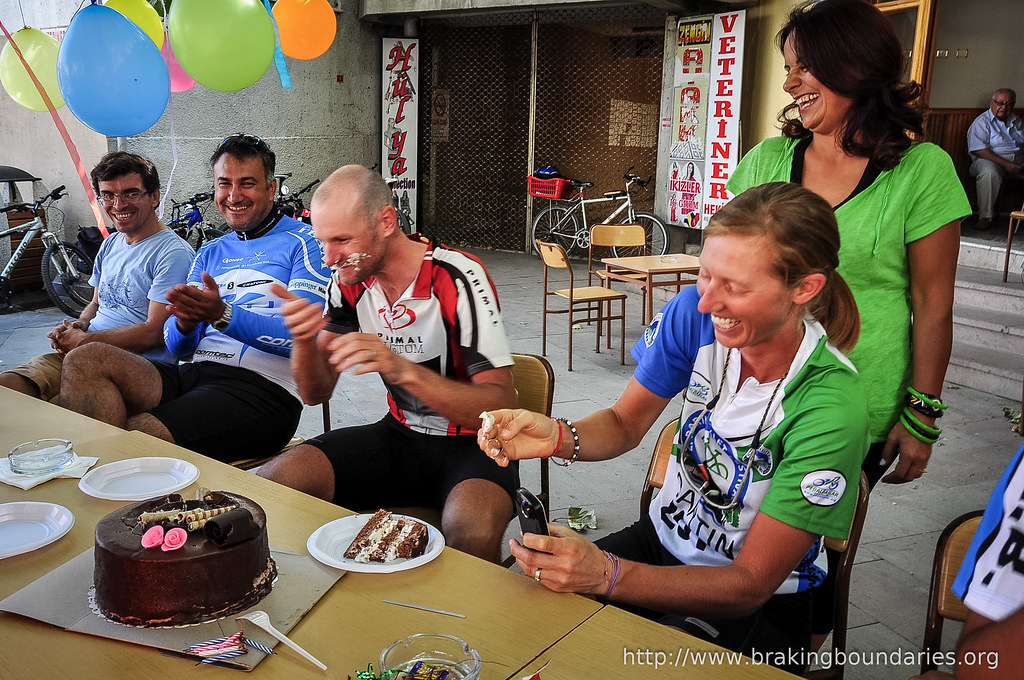 Next we rode to the Red Basilica (Kızıl Avlu), a huge structure (now a pile of bricks) that was erected in the 2nd century under the reign of Hadrian as a temple to the popular Egyptian god Serapis. It was later converted into a Byzantine church. Here we launched three wish balloons. 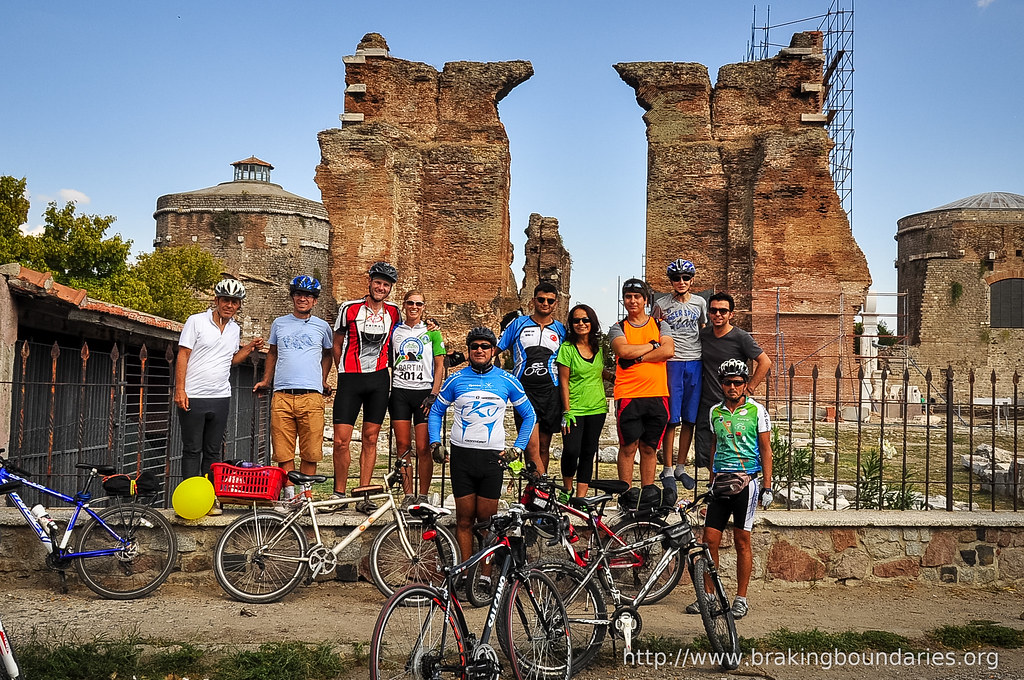 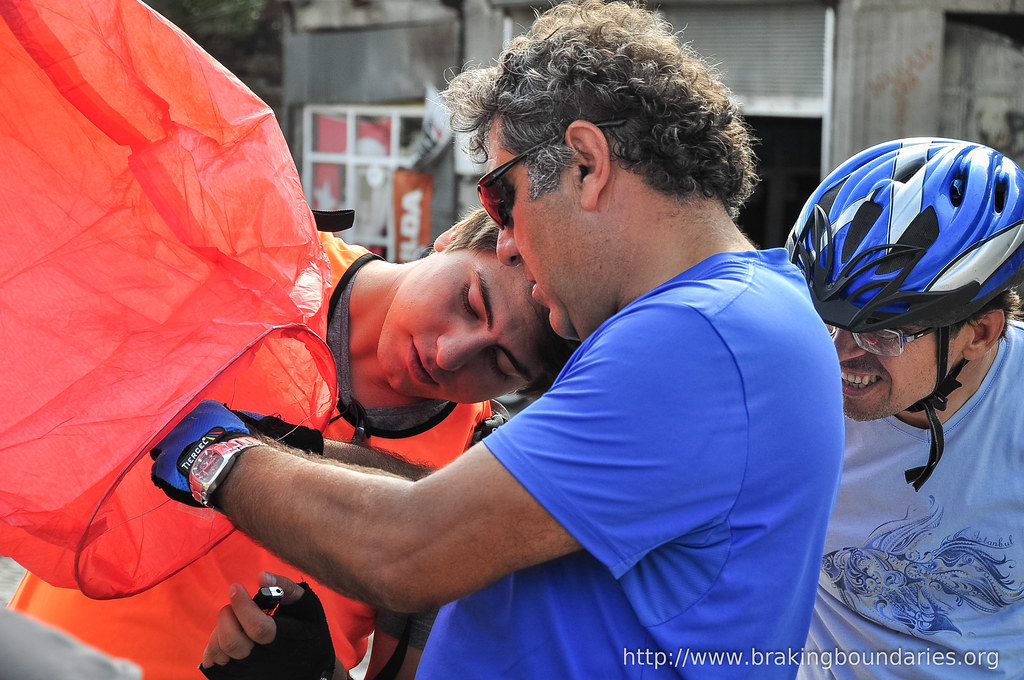 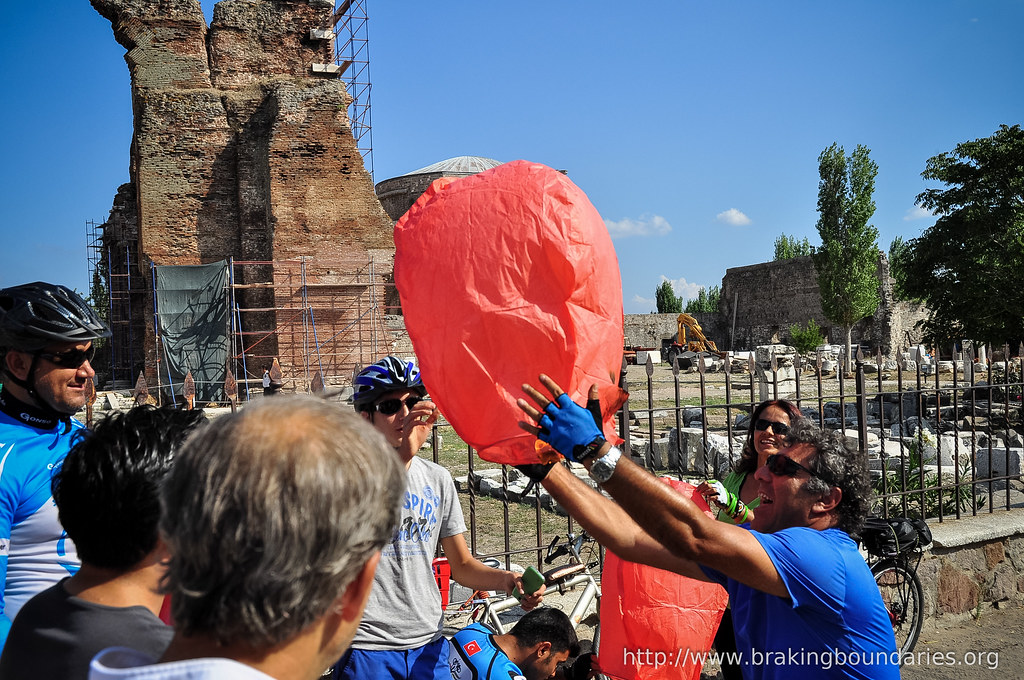 Then it was ride time. Together we rode about 20km to a small town called Kinik. 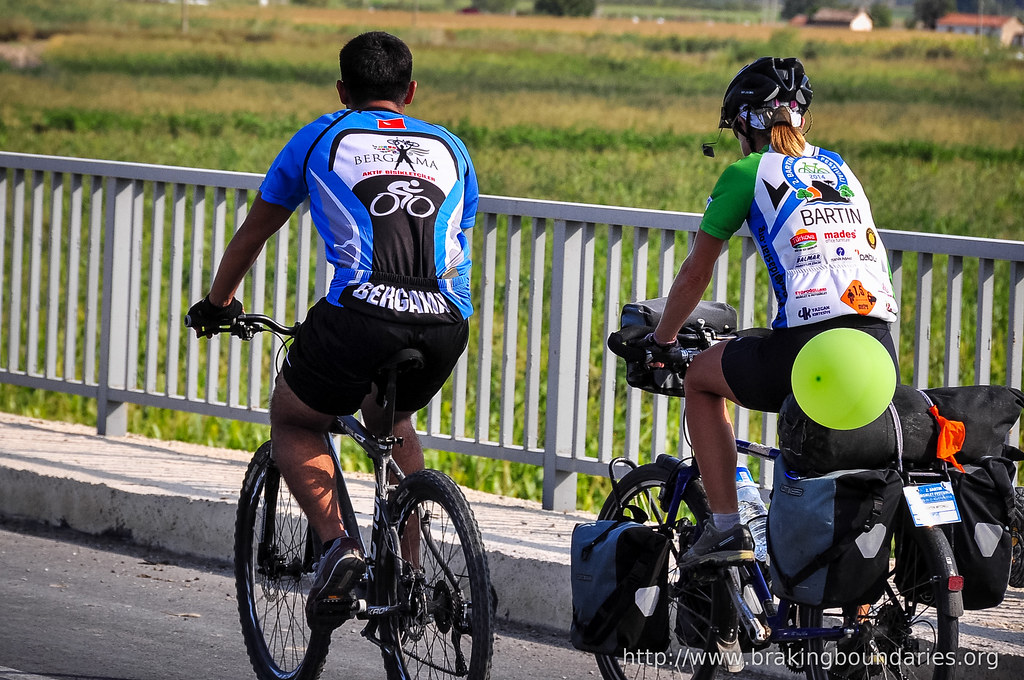 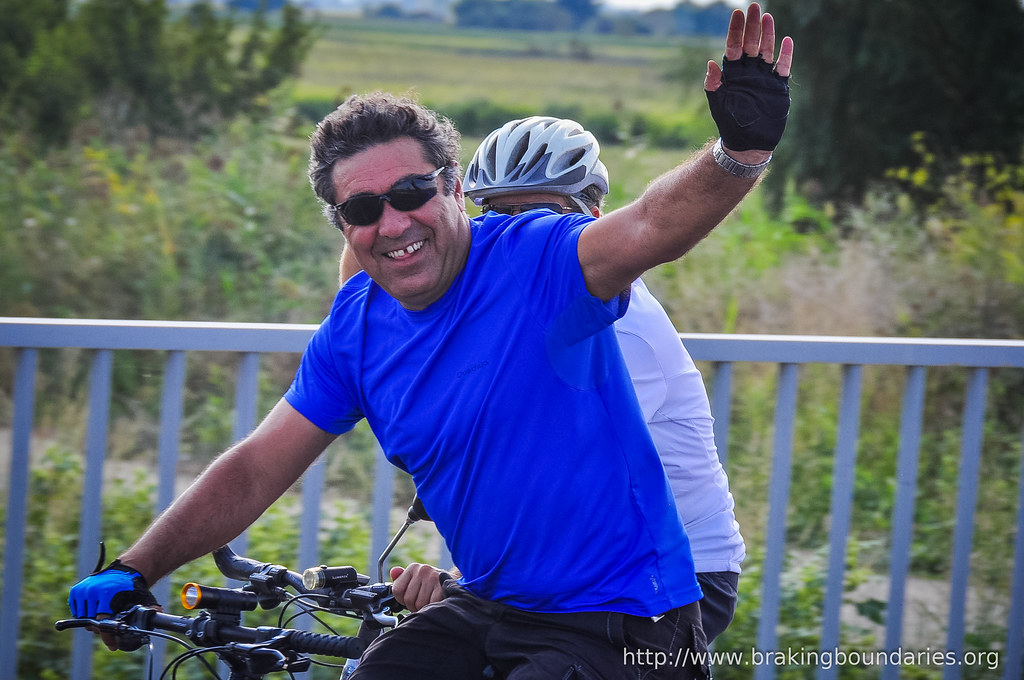 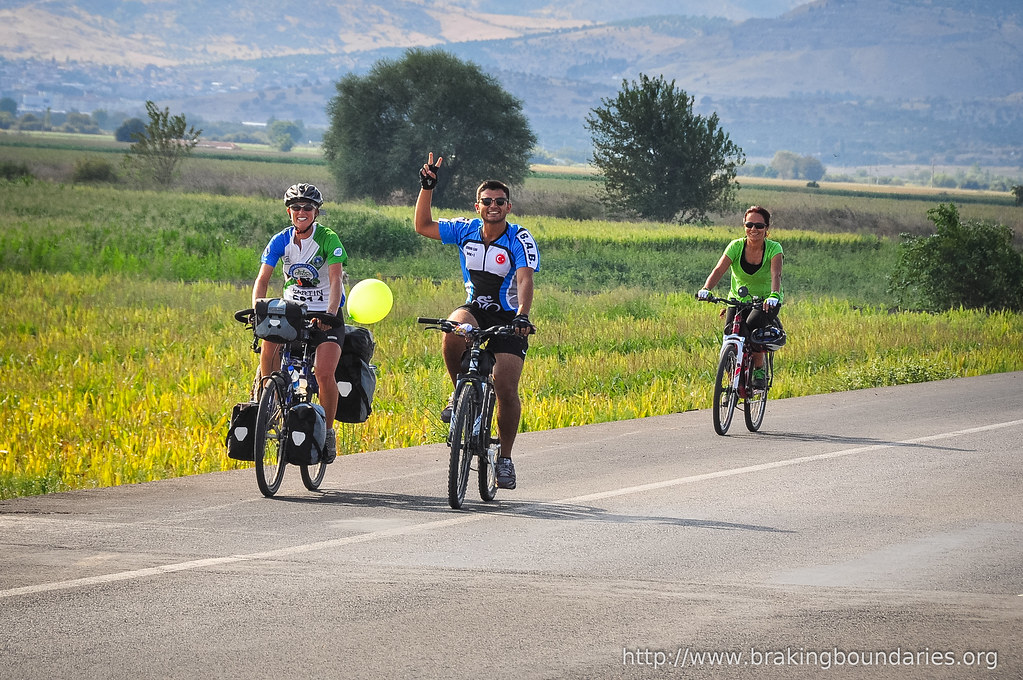 We had been invited to eat at (from what we understand) a muslim style barvistma. Plate after of plate of food kept being placed infront of us as children young and old stood behind us giggling and asking “What is your name?” It was a pretty amazing experience, one Katie and I will not forget. Facebook info was exchanged and we said our goodbyes to the riders from Bergama leaving us with Erdal, Ozlem, and Bircan, the Soma cycling crew. 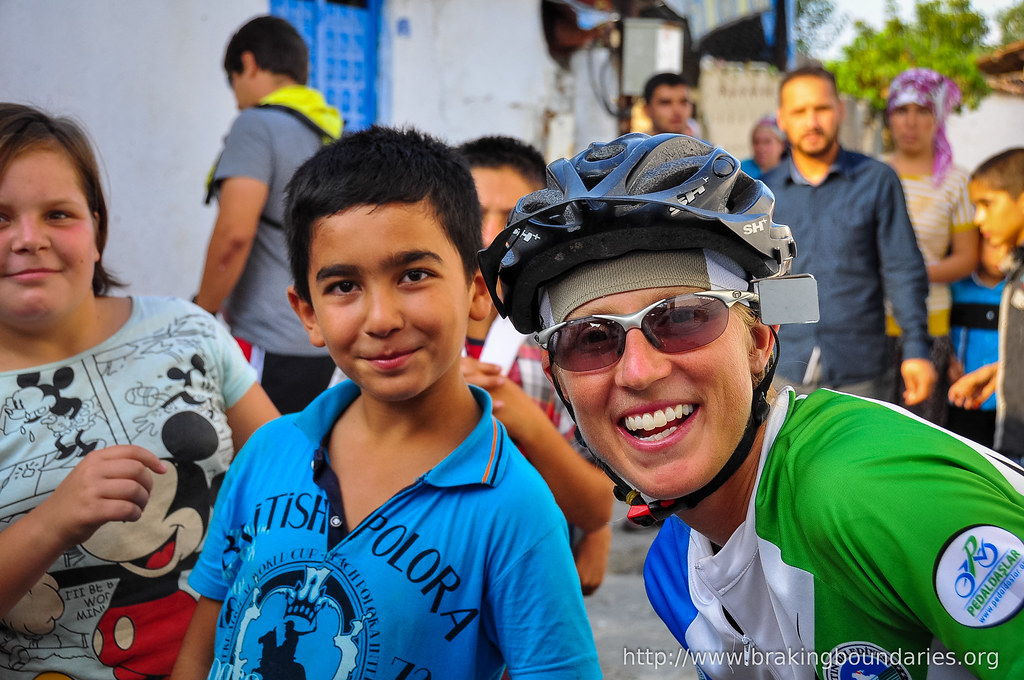 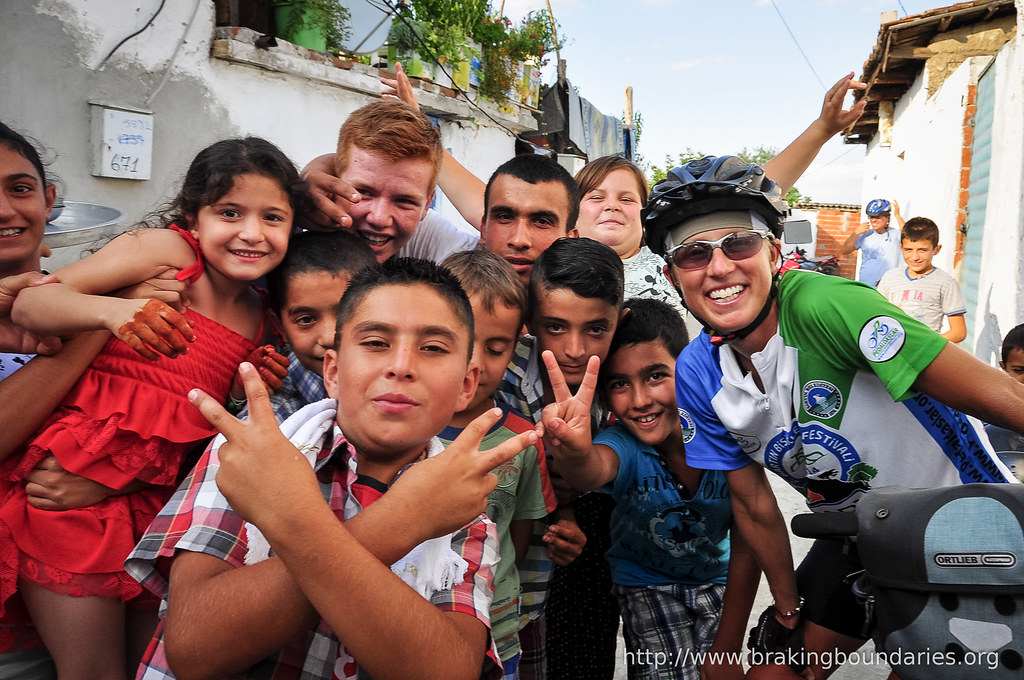 The final part of our ride to Soma was a hard slog into the wind. Despite having full bellies from the feast it seemed only fitting that we stop a bunch of times at gas stations to eat ice cream. Erdal took the opportunity to roll around in the grass a bit, while Katie and Bircan had nap time. 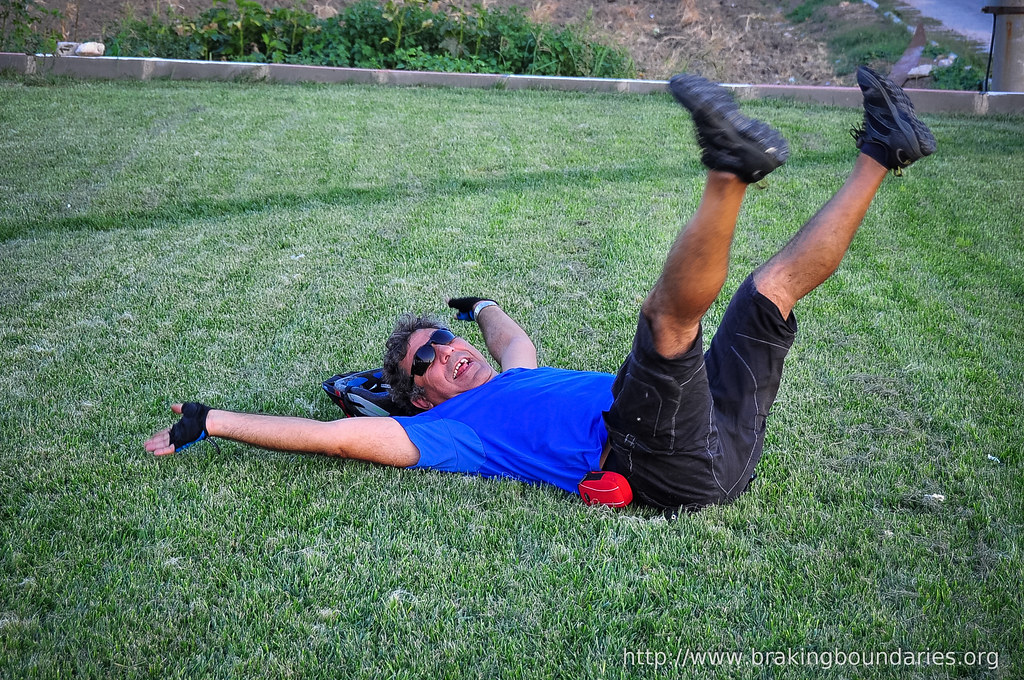 We entered the town of Soma just after sunset. Saying goodbye to Erdal was sad as he had done so much for us over the past 5 days. We will miss his happy go lucky nature. This incredible day ended with the generosity of Bircan who graciously had offered us yet another warm shower and roof over our heads. 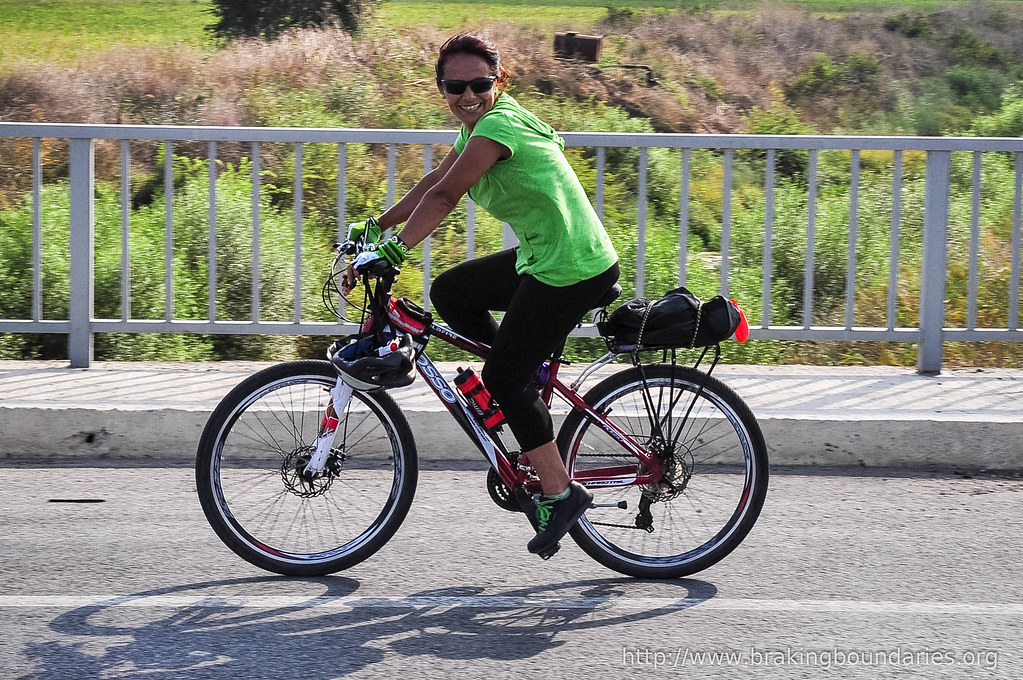 Being the place that I proposed in 2012, Bergama was already a special place for Katie and myself. Now Bergama has taken on even more of a meaning in our lives.

At Athena Pensiyon Again
When We Dont Cycle Katie Sleeps