Katie and I had just cycled into Bergama (where I proposed in 2012) to meet Erdal and the Bergama/Soma cycling community for a small celebration.

We decided to arrive a couple of hours earlier so we could reminisce about the places we had eaten at blah blah, but our plans (as usual) quickly changed when a gentleman on a scooter pulled up beside me and asked if we needed a place to camp. He explained that he owned a Pensiyon (Guesthouse) close by and something told me I knew this guy. I took a closer look at him.

“What was the name of your Pensiyon?” I asked. “The Athena.”

And there is was! We stayed with him back in 2012. I told him this, and even though he did not remember us he insisted that we come back for food & drink. 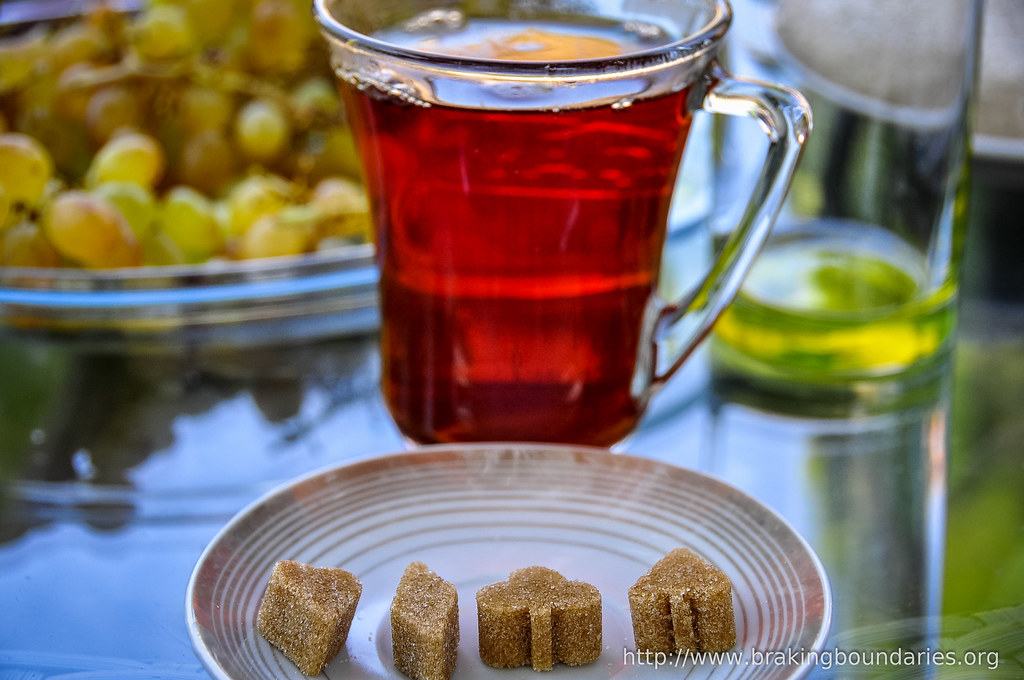 Ayden, the owner of Athena Guesthouse in Bergama put on a huge spread of fruit and drinks and we sat around chatting about what he had done to the place. When we arrived back in April 2012 it had just opened. Since then he had added another kitchen for campers, and turned the small dorm room into a really cool 5 person loft style area. 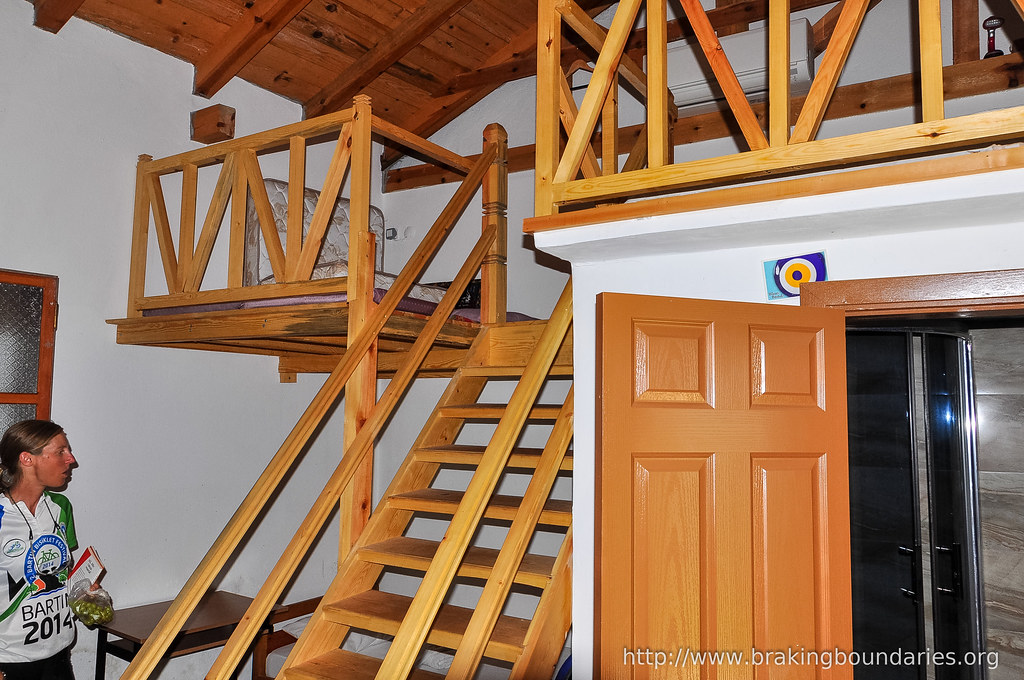 But the hospitality didn’t end there. When we explained we were meeting Erdal and some other cyclists he immediately called them and we had a pre-party party. More food, Cay and Turkish Coffee appeared. 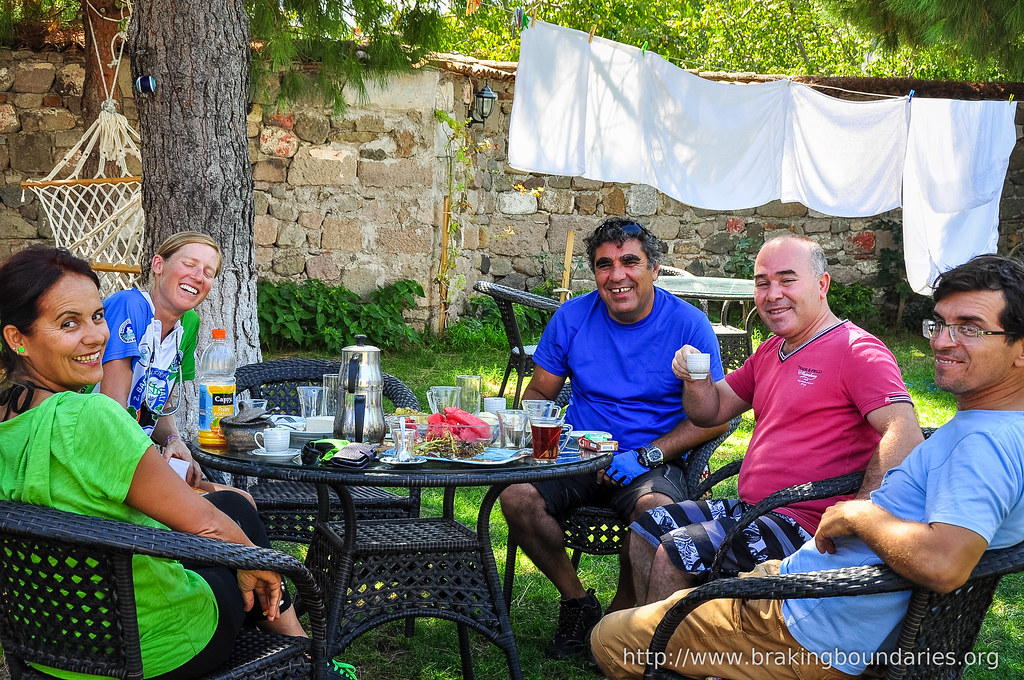 If you are ever in Bergama Athena is the number one place to stay. Ayden is a great guy. The breakfasts are awesome, and he loves cyclists. There are a bunch of proper rooms, a dorm room, and he will even let you camp in the backyard. I asked him how much it was to camp he said 10-15 TRY, or whatever you could afford. Wow!

It is such a peaceful little place too, with an amazing view of Acropolli/Pergamon. No doubt Katie and I will be returning to Athena in the near future. 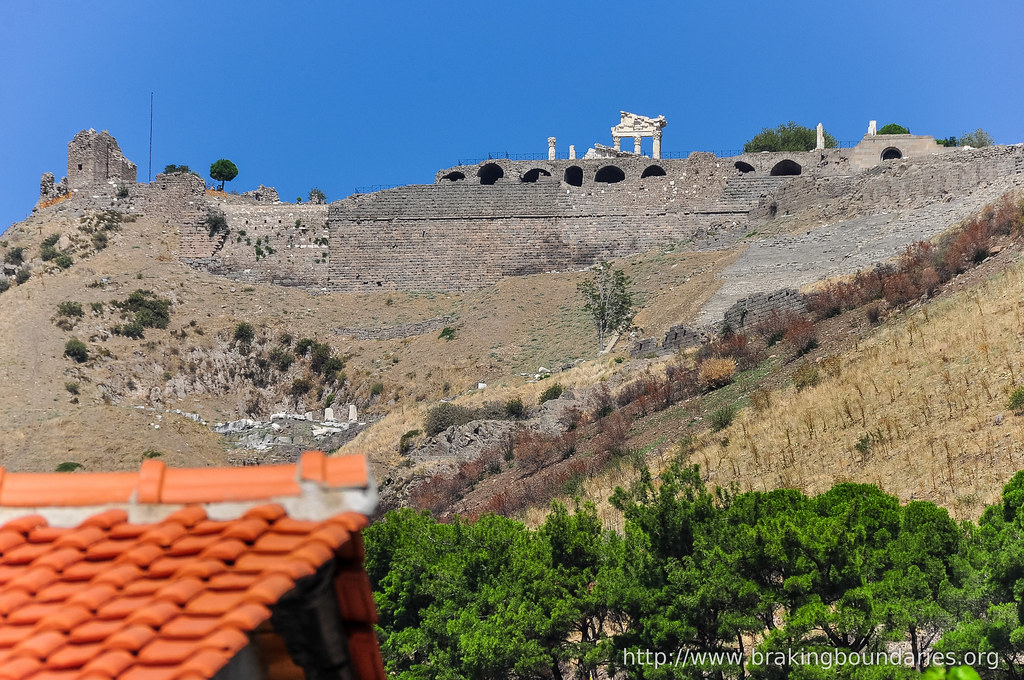