As previously mentioned, cycling Turkey has been more about meeting people and experiencing the culture, than long days on the bike. Canakkale was no exception. Thanks to our new friends Kerem & Sevda whom we met at the Bartin Bike Festival, we had been put in touch with another cyclist Halil who in turn offered us a place to stay for the night. 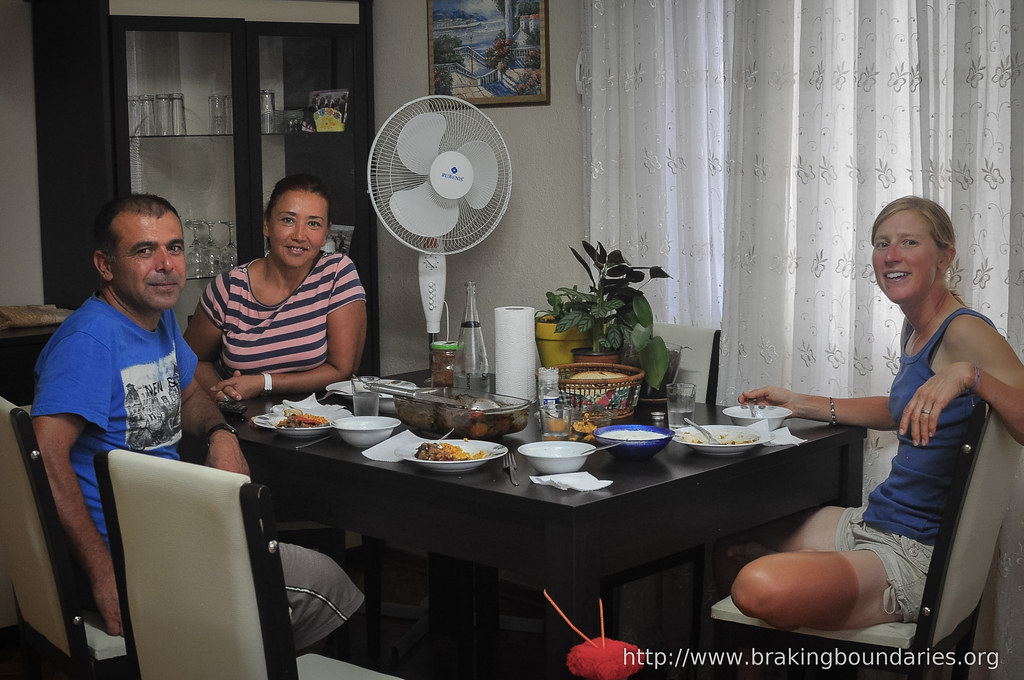 Halil and his wife Yaesmin did not speak English, but they did speak the language of Cycle Touring. We are used to staying with people that do not speak English, but on this trip we had not stayed with any that really understood what it meant to tour by bike, until now. It wasn’t more than 5 minutes after we arrived at Halil’s house that the gear talk began, each comparing and discussing different types of bikes, panniers (bike bags) and all the other things that each other had. 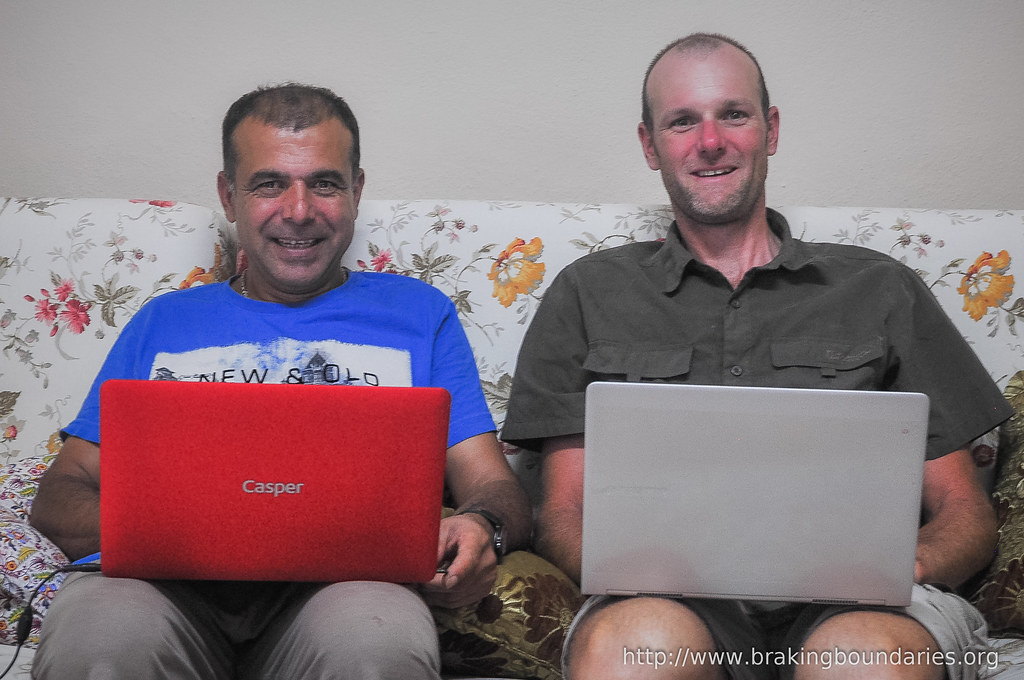 Halil and I spoke (via google translate) late into the night about the pros and cons of gear such as our Steri Pen, water bags, choice of bike. It was a marvelous stay with more delicious home cooked meals, cay (tea), and breakfast.

The Amazing People of Bartın
Vacation in Dikili