No cycle tour is complete without a crash or two, so I took it upon myself to save Katie the pain

It was the last day of the Bartin bicycle festival. My front tire had been showing visible signs of wear and tear since Trabzon similar to what I had dealt with in Albania 2009, but I made the judgment call that since there was only 40km to ride that day it would make it. Wrong choice in hindsight. 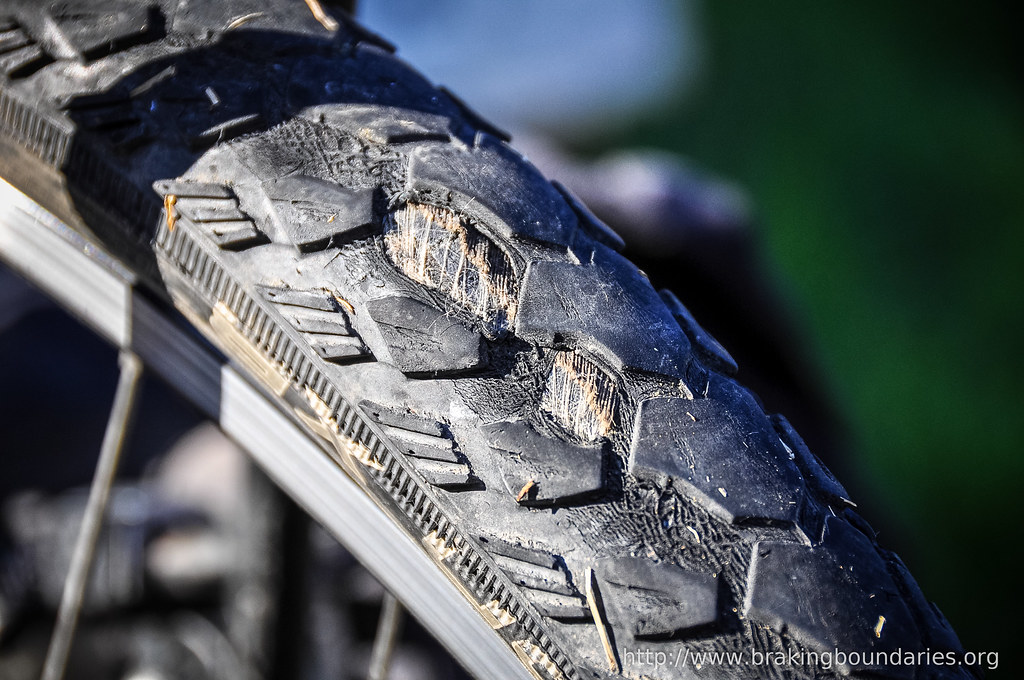 To say the last days course was difficult was an understatement. The Bartin area has loads of steep ups and downs and took on cultivates from the start. Early that morning we had learned that our host and festival organizer Ramazan had taken a fall and three quarters of the way through the day on a very steep down another cyclist lost control, taking a bad spill, and was also rushed to hospital. 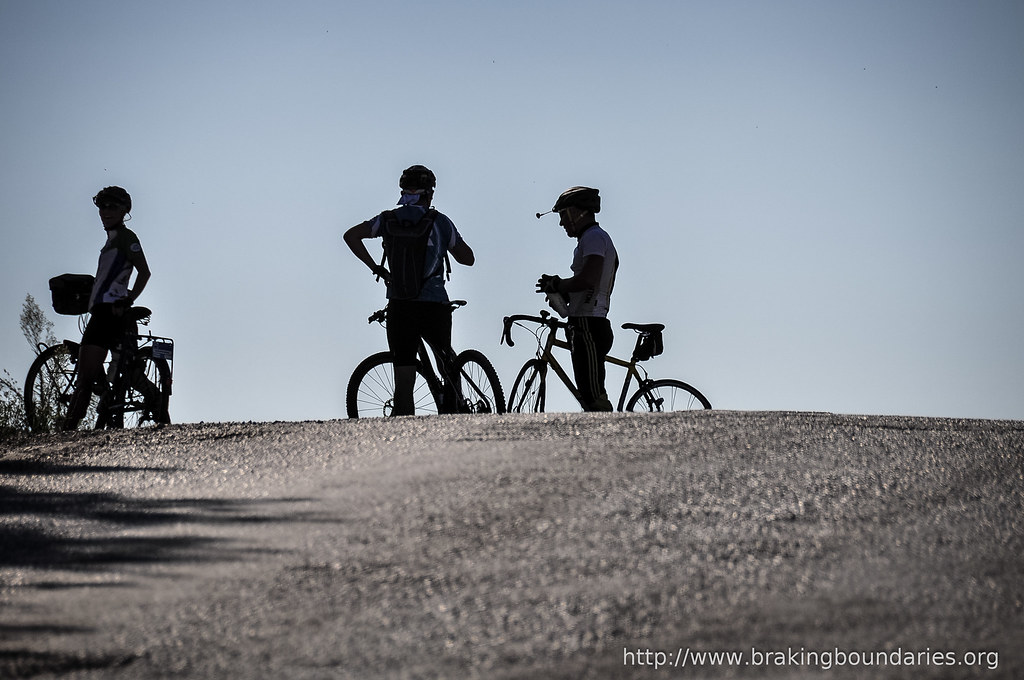 While waiting for the medics to do their job I took another picture of my wheel.

It had gone from dodgy to really bad in under 30km. I knew there was only 7km to ride at which time I could go down to the local bike shop and buy a new tire so I decided just to take it nice and slow. 2km later (thankfully not on a steep downhill) the front tire blew out with a load bang. There was no way I was going to control my 50kg loaded bike at 26 km/h, so down I went with Katie meters in front.

It all happened in a split second, but I remember sliding along the ground, jumping up in pain, being breathless, and Katie yelling “sit down, sit down.”

“Why aren’t you filming this? Get the camera.” and “Is my bike OK?”

Never mind the fact that there was this massive lump on my elbow, making it look like I had broken my arm. Thankfully this wasn’t the case as I quickly checked making sure I could move my arm and fingers. The only thoughts really going through my head at this point were “Oh no, have I ruined the rest of our bike trip.”

I was now casualty #3 of the day. A couple of the cyclists were medics and looked over my injuries. Possible broken ribs and wrist, so I quickly agreed to a trip to the hospital for x-rays leaving Katie to deal with my bike & gear which was shoved in the back of our Jandarma (military police) escort. 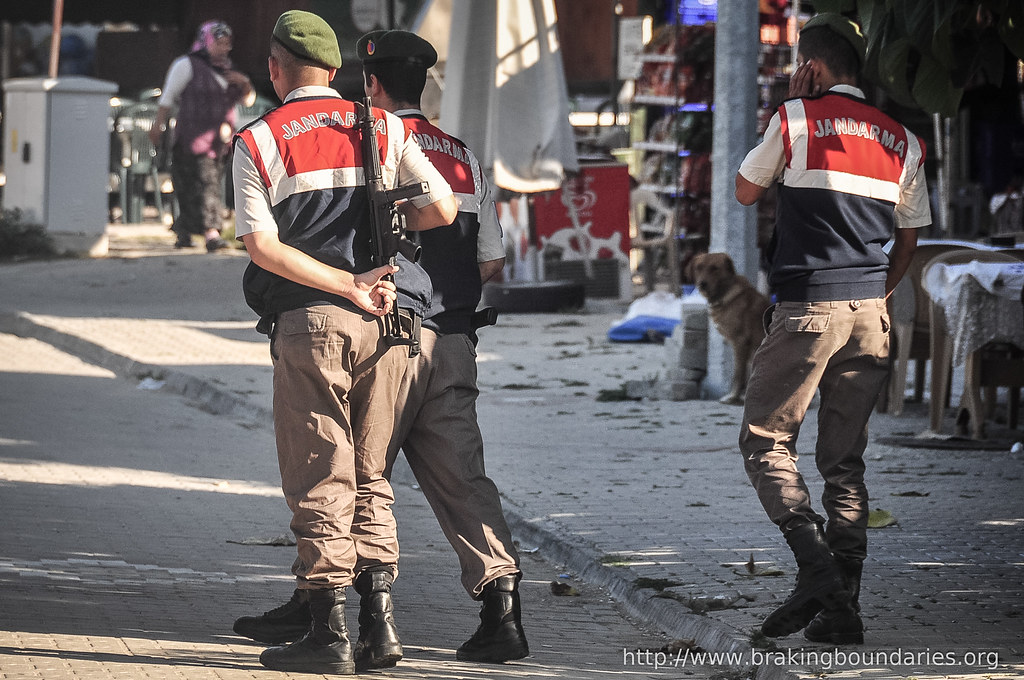 At this point I’m not sure what was worse, the fall or the ambulance ride being jabbed with a needle for a potential IV. 15 min later I was in the Bartin Hospital ER hanging out with Ramazan, who had been patched up, and the other cyclist who looked to be OK.

I was quickly seen by a doctor, x-rays were taken and the initial verdict was a hair-line fracture to my left wrist. Not the kind of news I wanted to hear, but not the worst outcome either. I was patched up with a temp cast and told to return the next day for a followup with the Orthopedic Doctor (who later cleared me of a fracture) 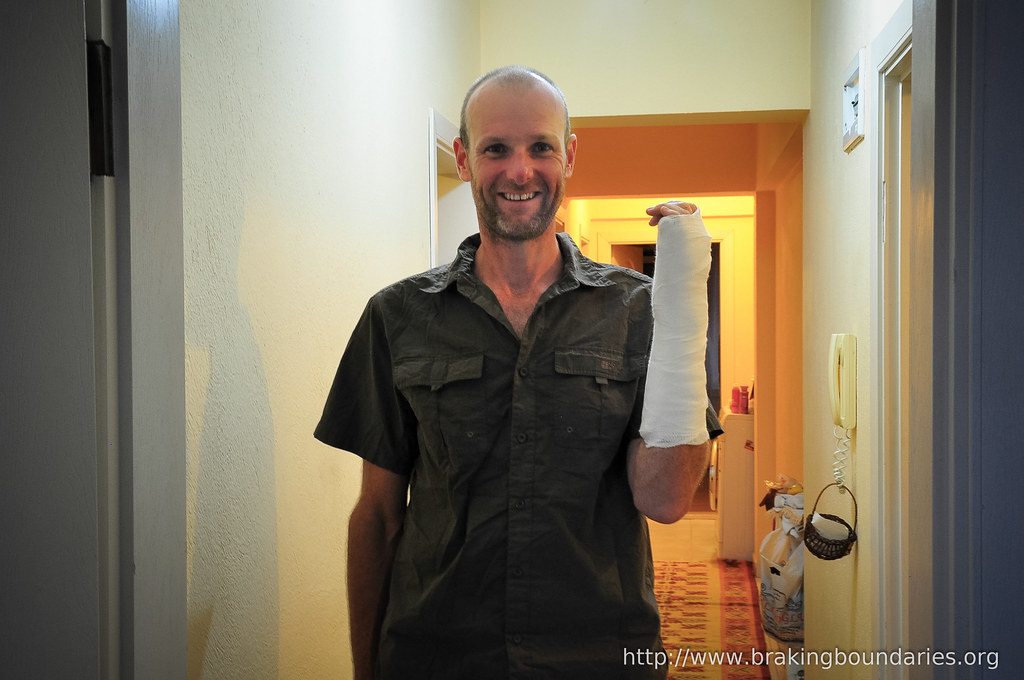 Mad props must be given to the Bartin crew. They took care of everything! Especially Ramazan, Tunç and his family, and Ümit who carried my front bags all the way to the house we were staying just so I could clean up.