By Katie on September 19, 2014 From the RoadTurkey Again

After our 15 hour bus ride we arrived in Bartın a bit groggy but excited for the weekend. We were greeted right away by our host, Ramazan, and given the low down for the days events. 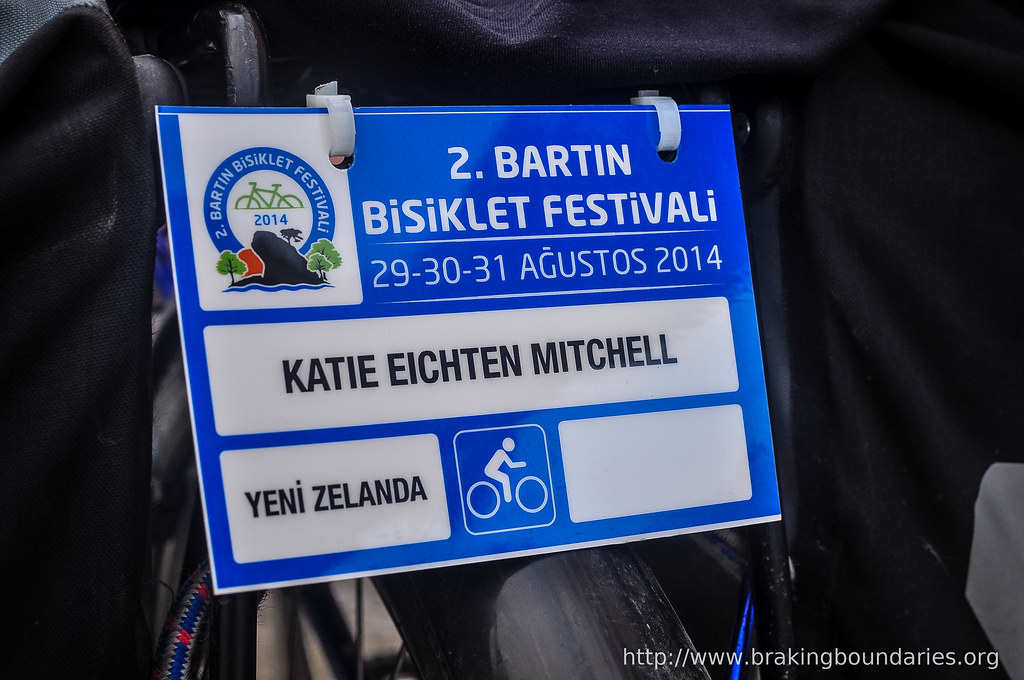 We were shown to the meeting area and started meeting all the cyclists taking part in the festival. We were also given brand new cycling jerseys and buffs, which was awesome since I had been wearing the same cycling top for nearly 2 months. 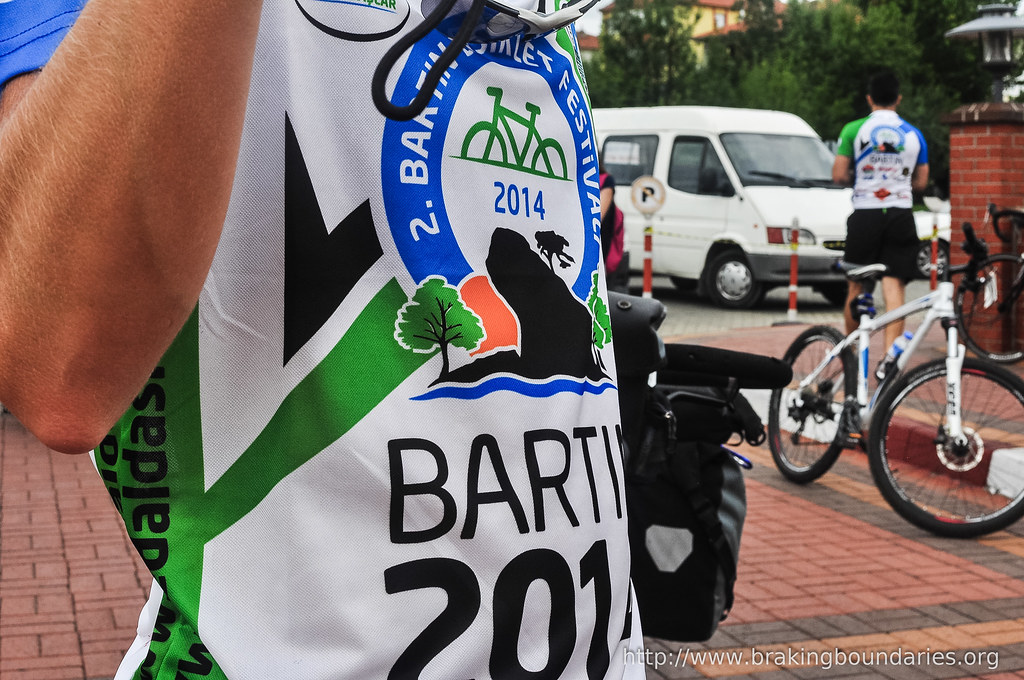 After a quick breakfast and a few instructions we were off. Now this wasn’t just a few cyclists staying to the side of the road as we rode around the area. We had full Polis and Jandarma (Turkish Military) escort, clearing the roads as we cycled around the small streets and through the city center of Bartın. We also had a stop at city hall to meet the Mayor as he welcomed us all to the city. 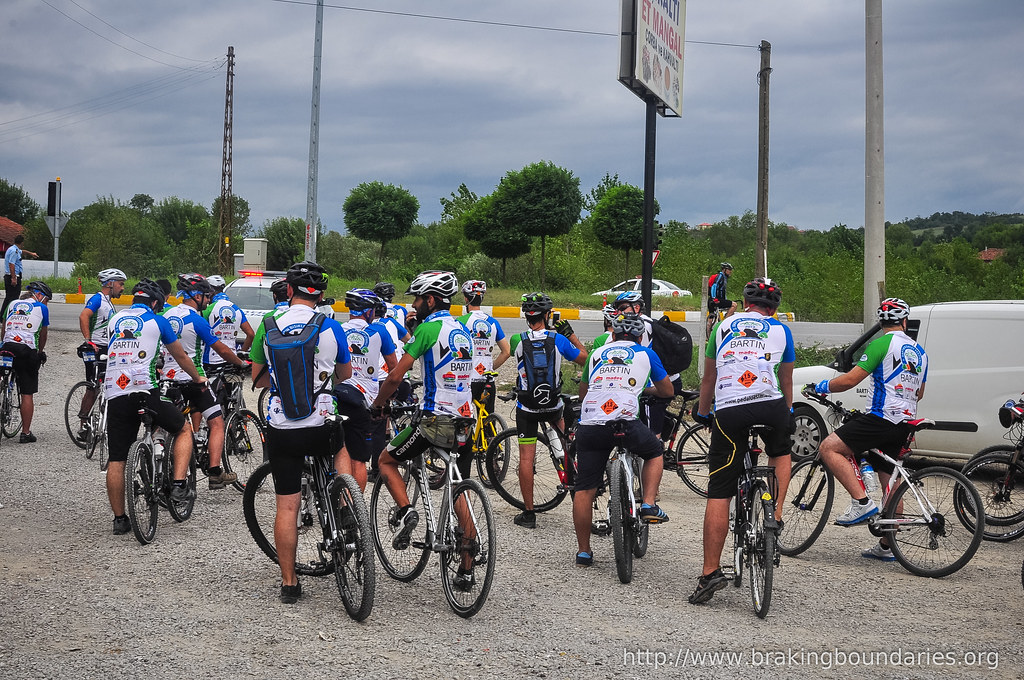 The first day was 40km of pretty easy riding, until the last 10km which were straight up! But the cool thing about the Black Sea Coast is when you go up, you get an amazing view of the sea. 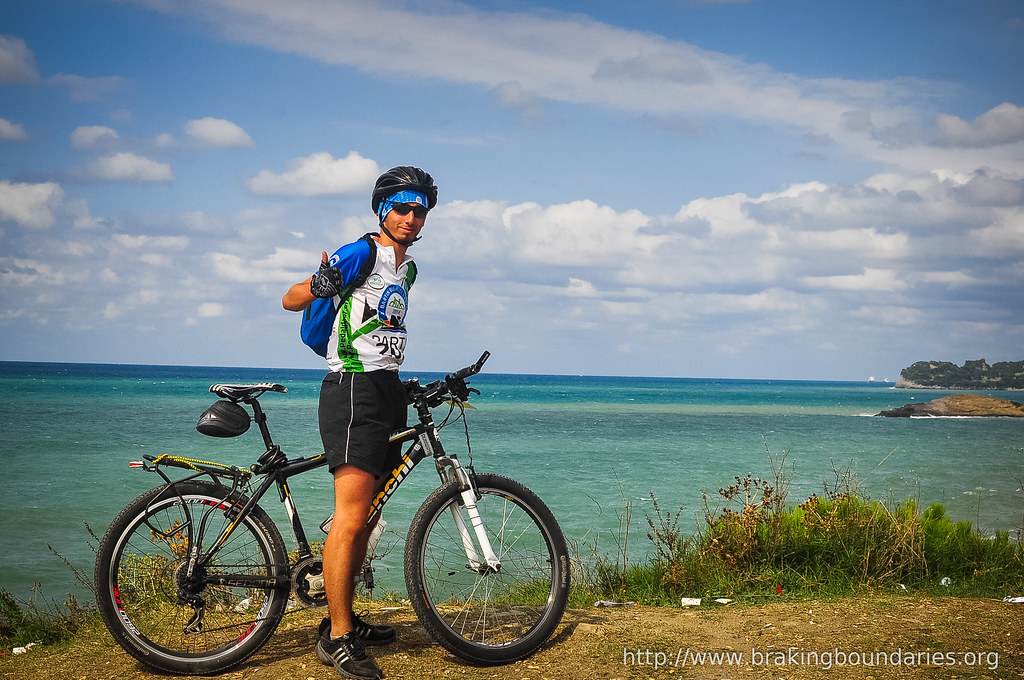 We got to the beach and our campsite for the next two nights and set up camp with everyone else. It was a lovely beach and we had a nice area for just the cyclists. After dinner and a walk along the beach for sunset we called it a night 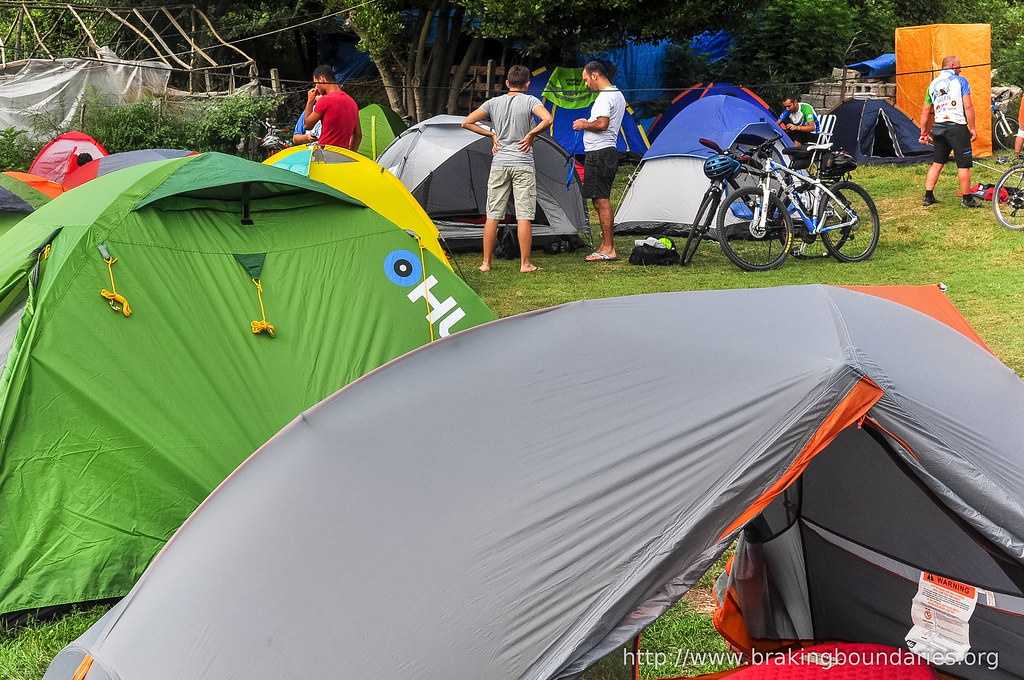 Day two was a lot of fun for me and Jared because we got to ride on empty bikes. It was fun to see how fast we could go up hills, and there were a lot of them, on empty bikes. We also had fun racing all the guys up the hills and pushing them to go faster than they were used to. We only rode 70kms but it took all day since we had a lot of breaks on top of the hills as we waited for everyone to catch up. The breaks were nice because it gave us a chance to chat with the other cyclists. We met a real nice couple, Kerem and Sevda, who we talked to a lot that weekend since they had extremely good English skills. 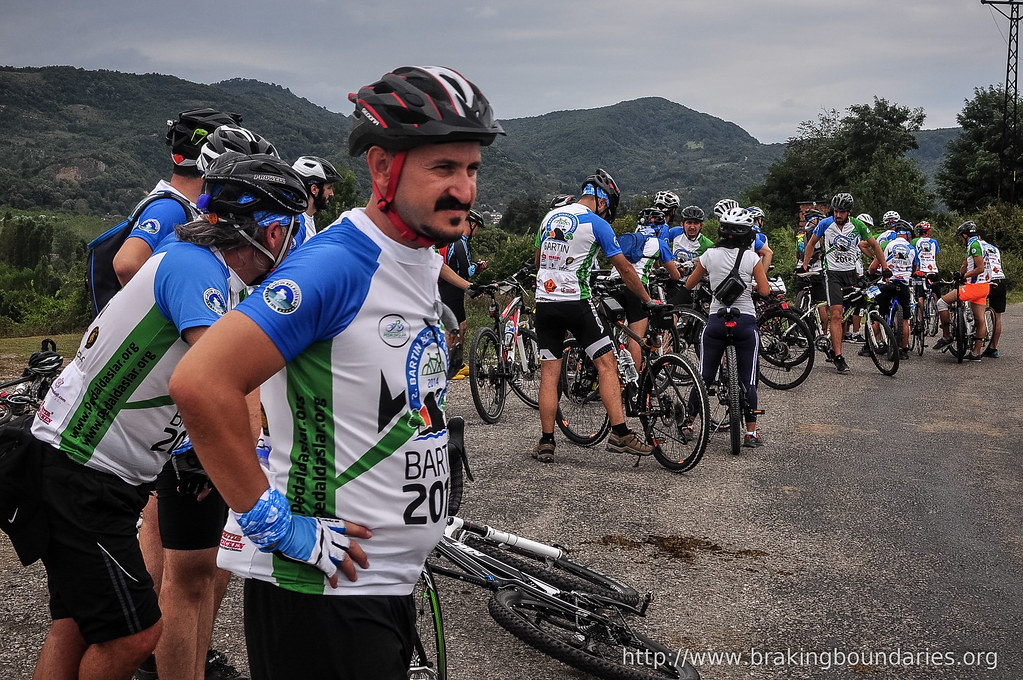 The day never got easy as it was up and down all day long but it was really fun. We got back to the beach around 5pm and quickly showered before the rest of the group got back. The festival provided food but we decided to that ourselves to a dinner of grilled fish and salad on the beach front. The fish was wonderful and the owner even treated us to dessert, we were so spoiled! That night some of the cyclists went to a concert at another beach but we opted to stay back and sleep.

Day three was supposed to be the easiest of them all but it didn’t turn out that way. Our bikes were loaded again which made the climbing much more difficult. The course on day three was only 40km but it was up some of the steepest streets I’d ever been on. Everyone was hurting a bit that day, from the past days riding and just overall being tired. 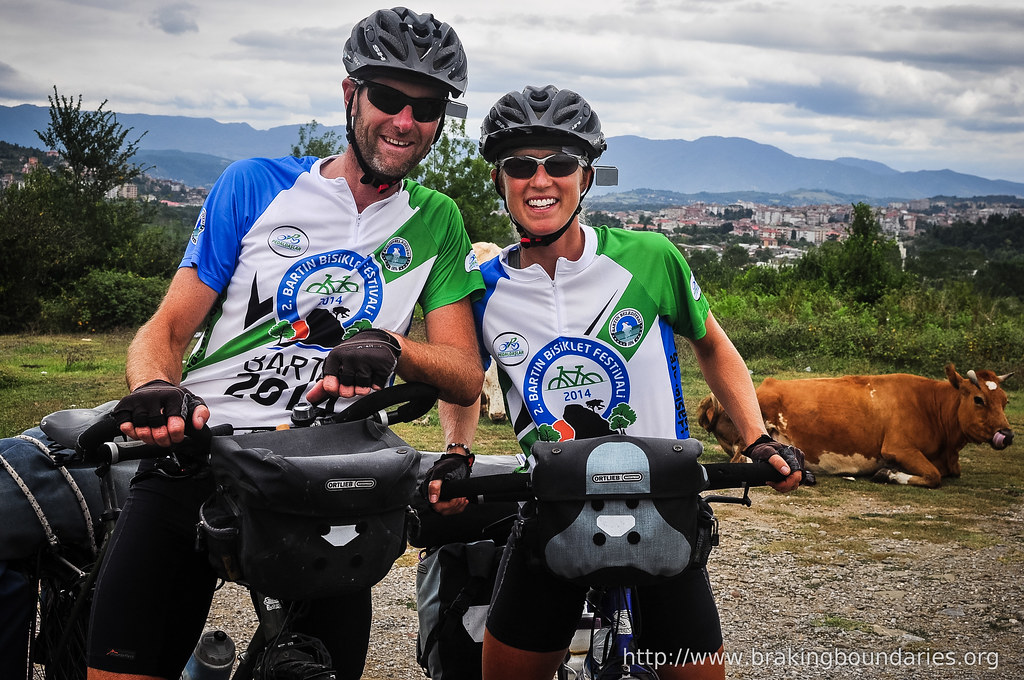 We had finally made it up and over our last hill when disaster struck. Jared’s front tire had been wearing thin since we were in Trabzon. He thought it would make it through the festival but it gave out 5km shy of the finish. I was riding in front of him when I heard the pop of his tire and the sound of him crashing to the ground. For more on his accident see his write up about his hospital visit.

It was not the best end to the festival but it was the only downer about the whole weekend. The riding was really fun but the people we met were so wonderful we could never repay all they did for us.