By Jared on September 14, 2014 From the RoadGeorgia

After our massive thunderstorm and flash flood, see the video here, we were up and ready to tackle not only our last big climb of the trip but our last dirt road. 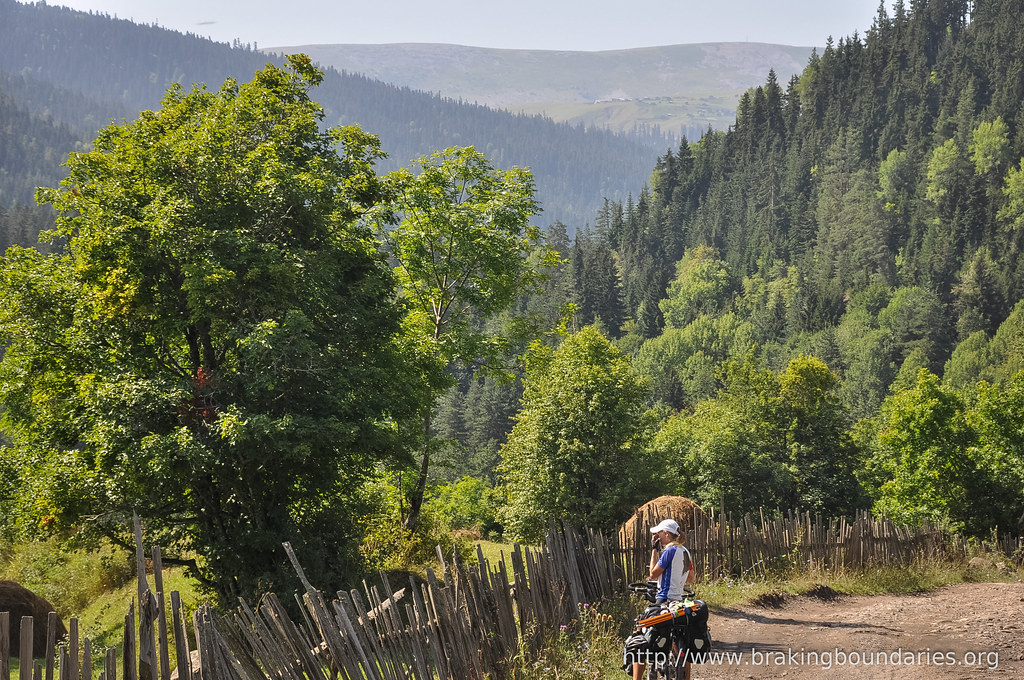 In like the roads of China and the Pamirs, this dirt road was actually in pretty good shape, at least it was on the uphill side. But this climb was very different from those other big climbs we had done because it was in a forest. We had yet to ride with pine trees on either side of us and as far as we could see. 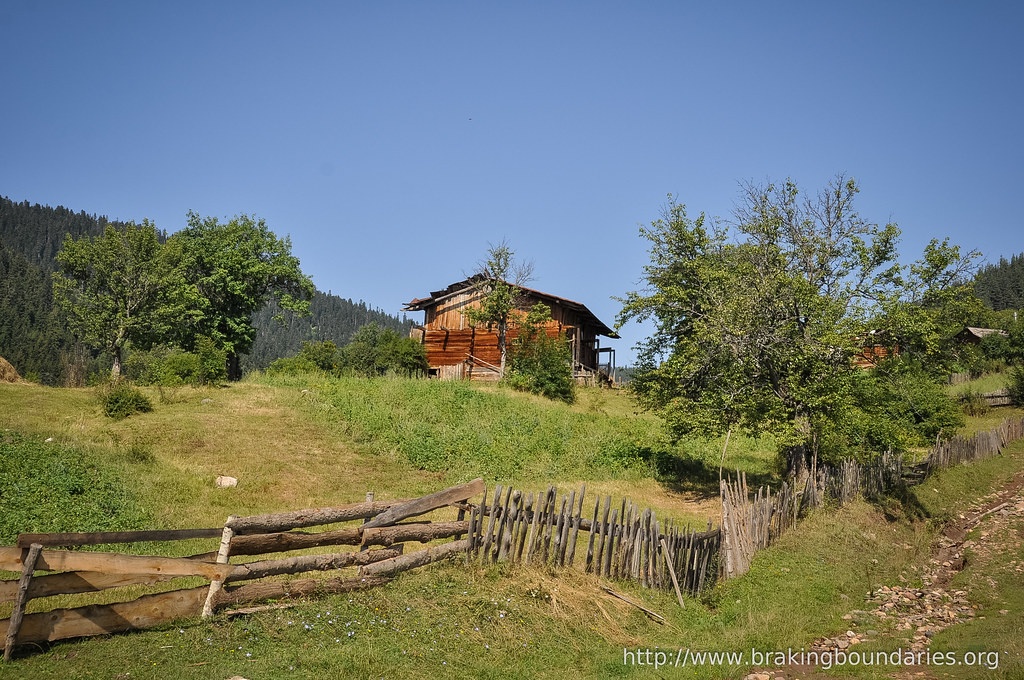 There were little villages spotted all around the mountains and I felt like I was in The Sound of Music. The climb up was not nearly as bad as I had imagined and we had made it to the top by mid day. 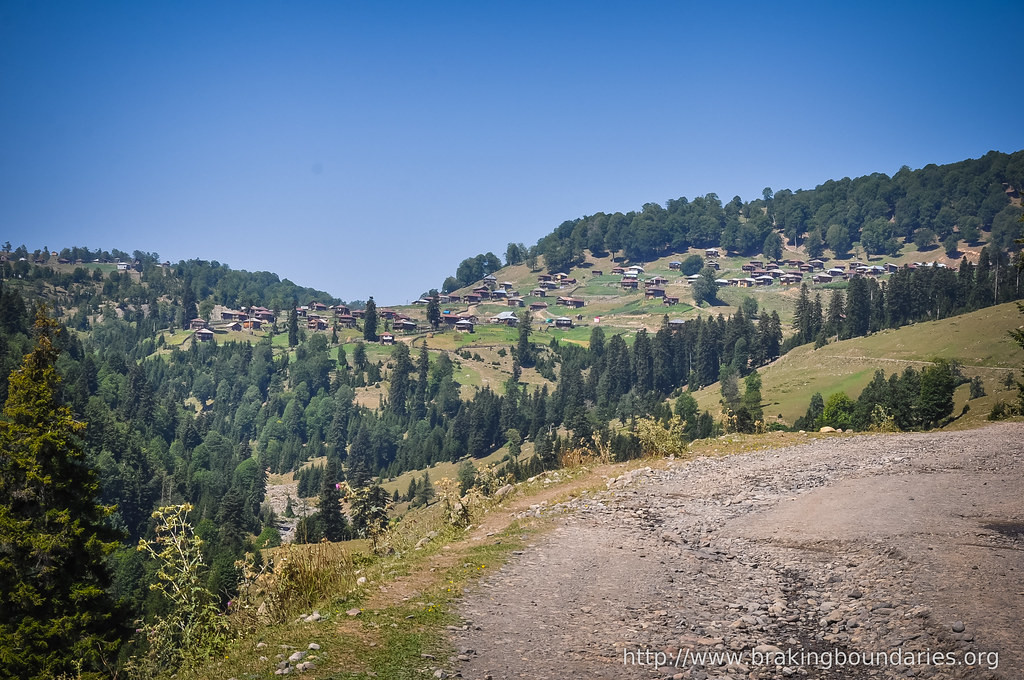 The downhill was not as rewarding because of the state of the road. It was in worse shape than the way up and it took us ages to get off the dirt and on to real pavement. But the views on the way down were incredible and made our last big climb one to remember. 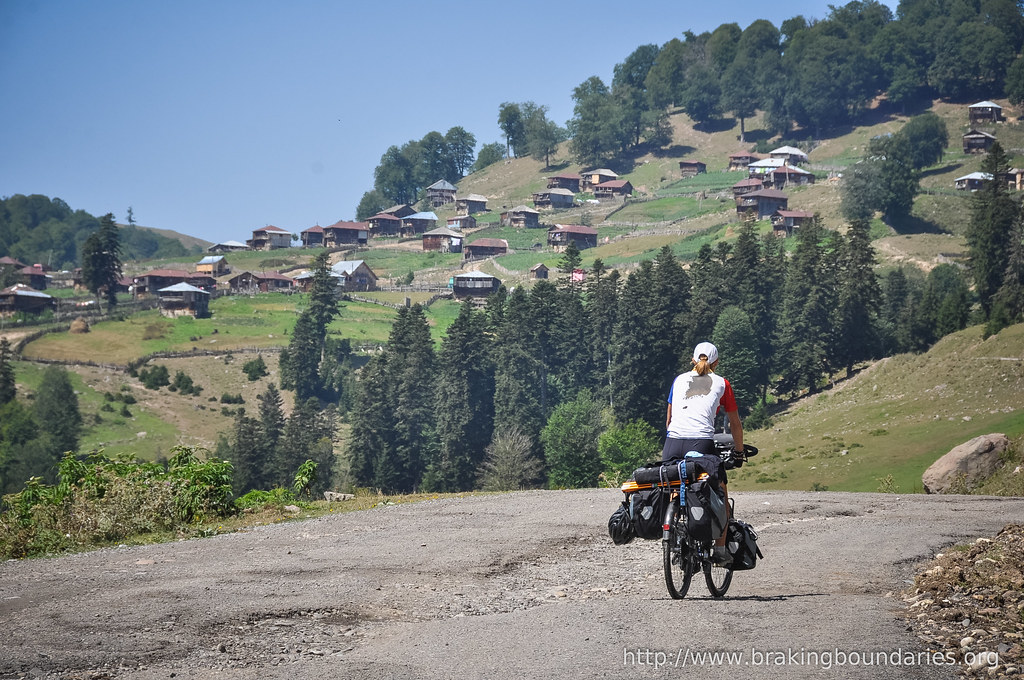