By Katie on September 11, 2014 From the RoadGeorgia
More photos of Vardzia Here

When we first started planning this trip we had allotted 3 weeks for. Georgia and Armenia. But as we were resting in Bishkek before we flew to Turkey, we decided to scratch Armenia from our plans, only spend a few days in Georgia, and spend most of the last 6 weeks in Turkey. But one of the main attractions of Georgia was Vardzia. 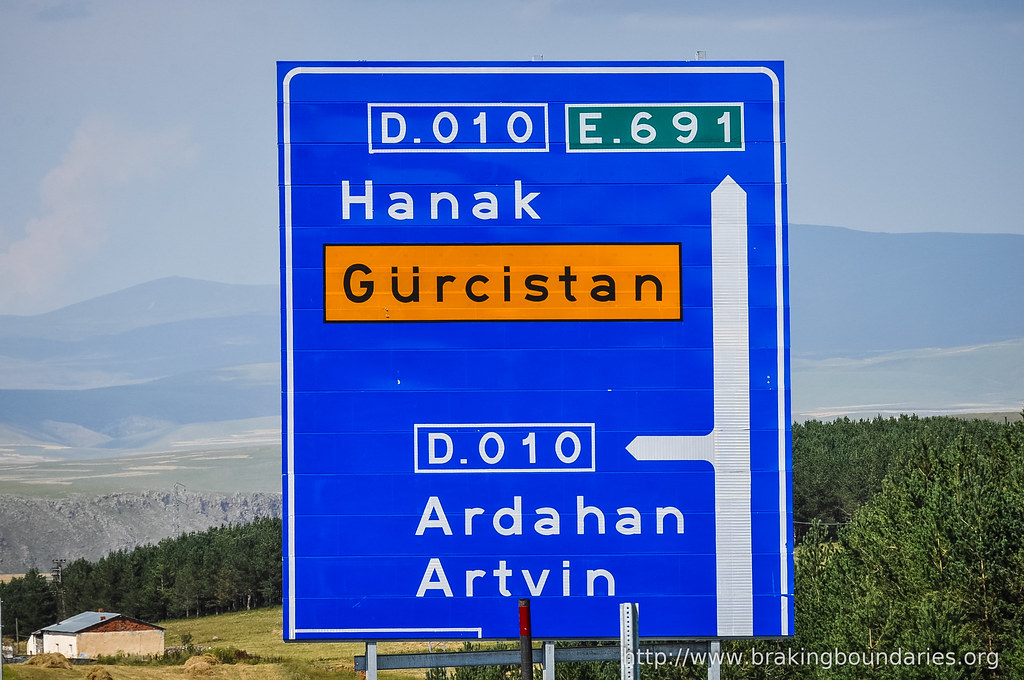 Vardzia is a cave monastery built in the 12th century. When Jared came through Georgia on his 2009 bike trip, he stopped here with his cycle buddies. He liked it so much he wanted to show it to me too. It’s a pretty impressive site to see. The caves go on for over 500 meters and go up over 19 tiers. It is still a working monastery today but has become a tourist attraction in Georgia. 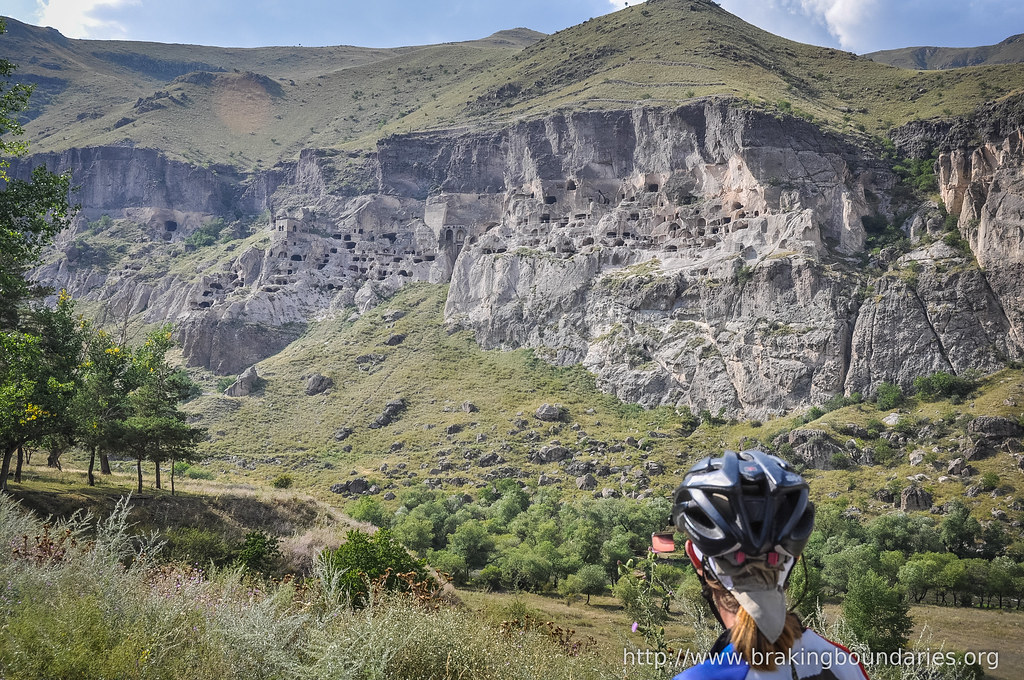 We got to Vardzia late in the afternoon, around 4pm and set up camp right next to a river. We had a great little place under a tree and had a pre made fire pit set up for us. We had bought local Georgian wine earlier in the day and marshmallows to roast so we were ready for a fun night. 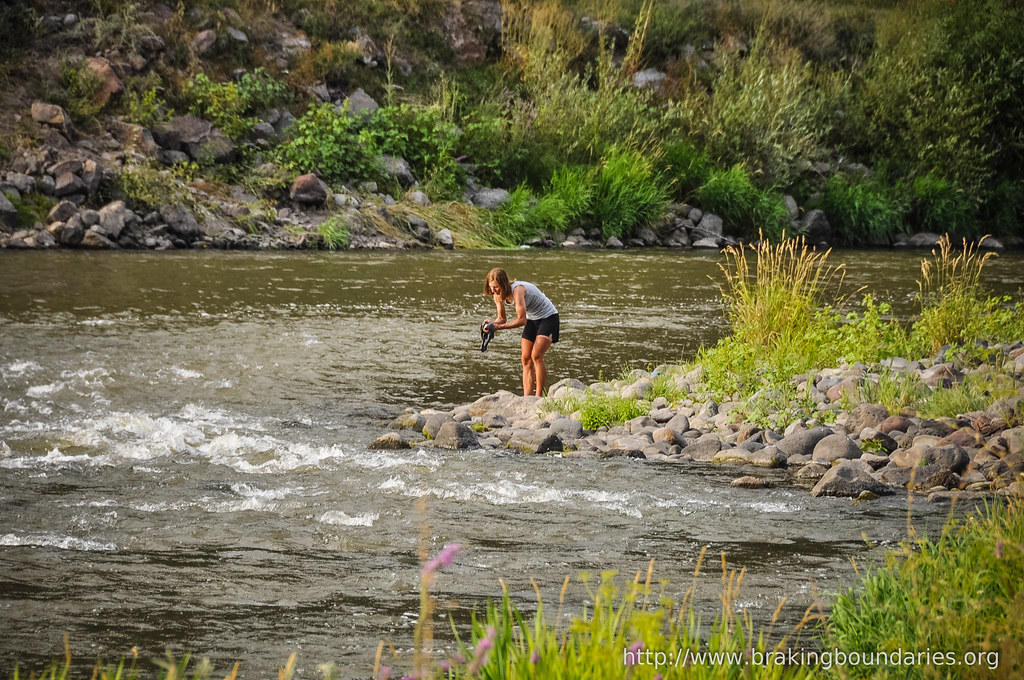 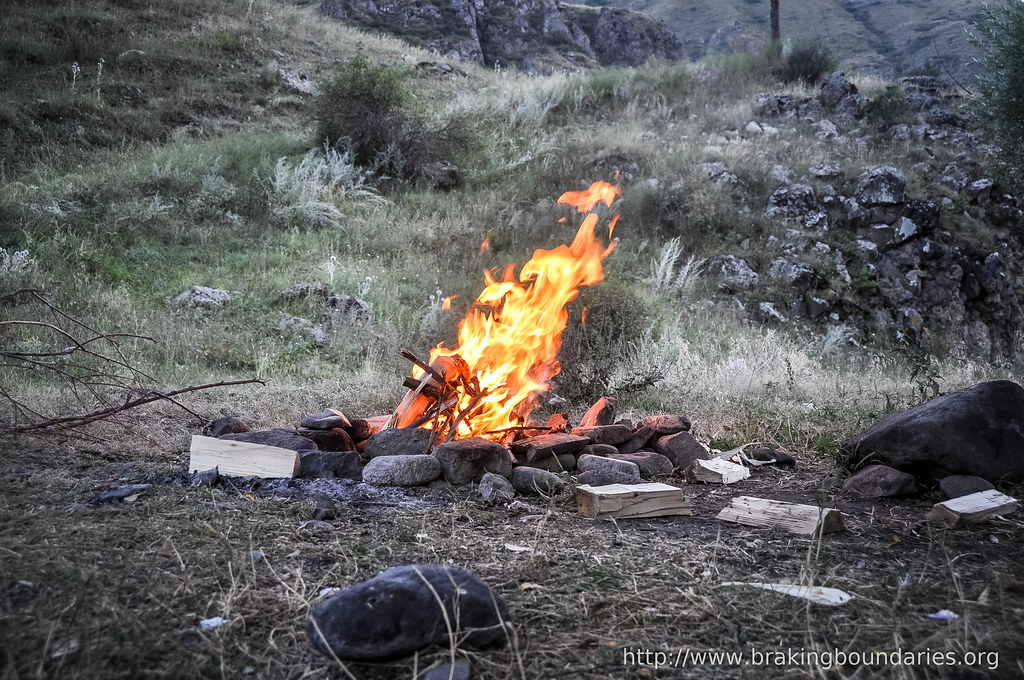 That night, as we were enjoying our wine and marshmallows, we decided to cut our Georgia trip even shorter. We had originally planned to do a big climb over and into Borjomi, then cycle back across the country to Batumi and the Black Sea. But as we sat there, tired and a little sick of cycling, we decided to cut out the ride to Borjomi, cycle back the way we came, and head straight to the coast and back to Turkey.

The next morning we walked around Vardzia for about an hour, up early before too many tourists got there. It was very cool and incredible how they built such big caves into the side of a mountain. 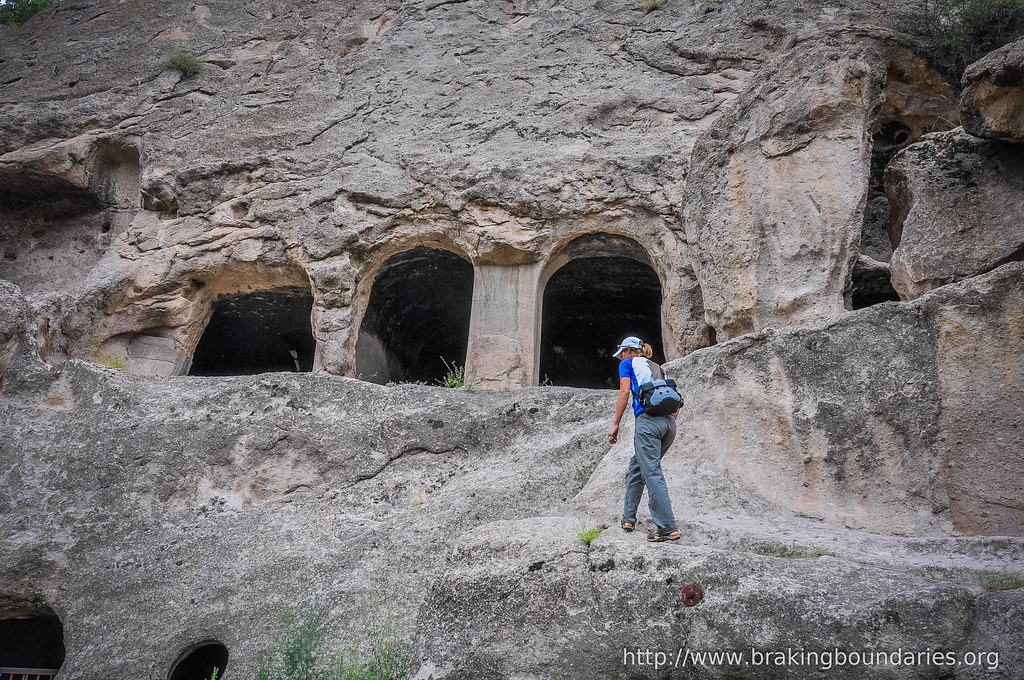 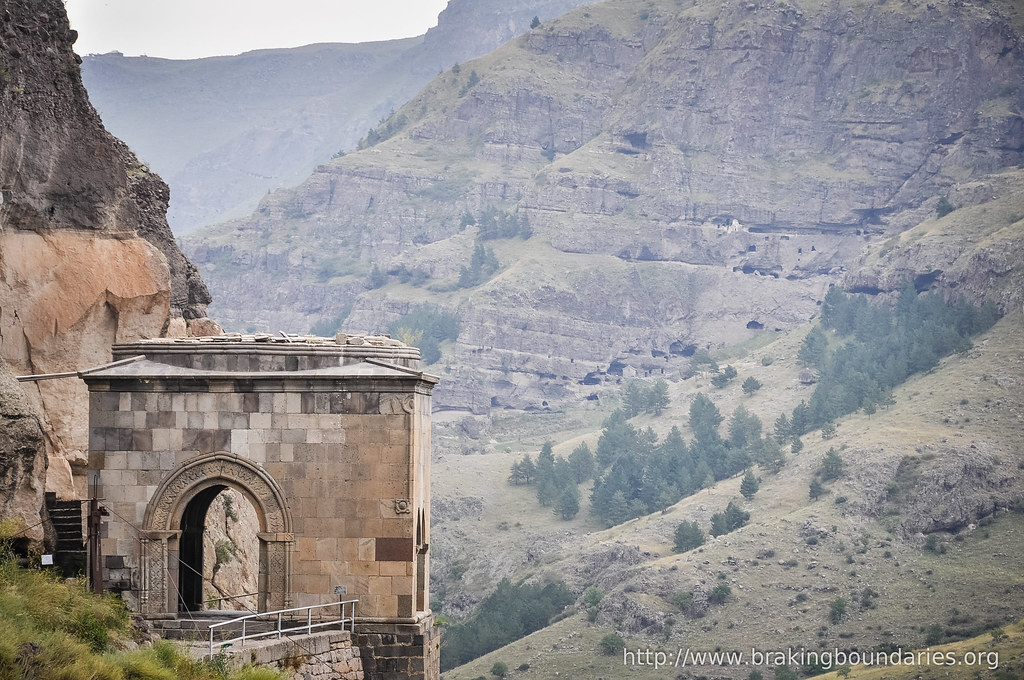 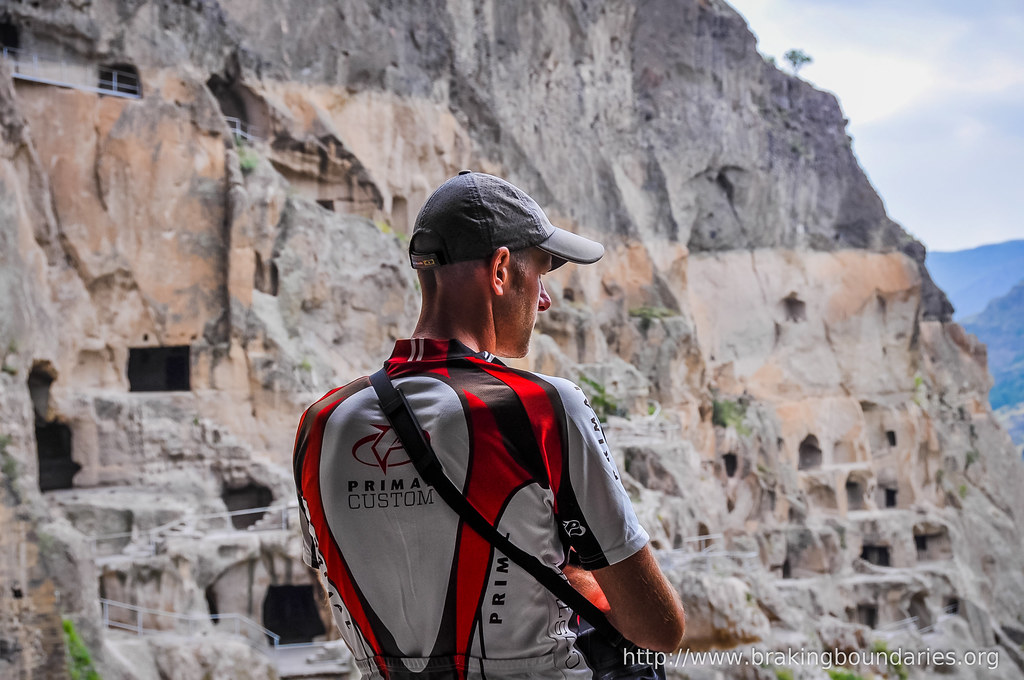 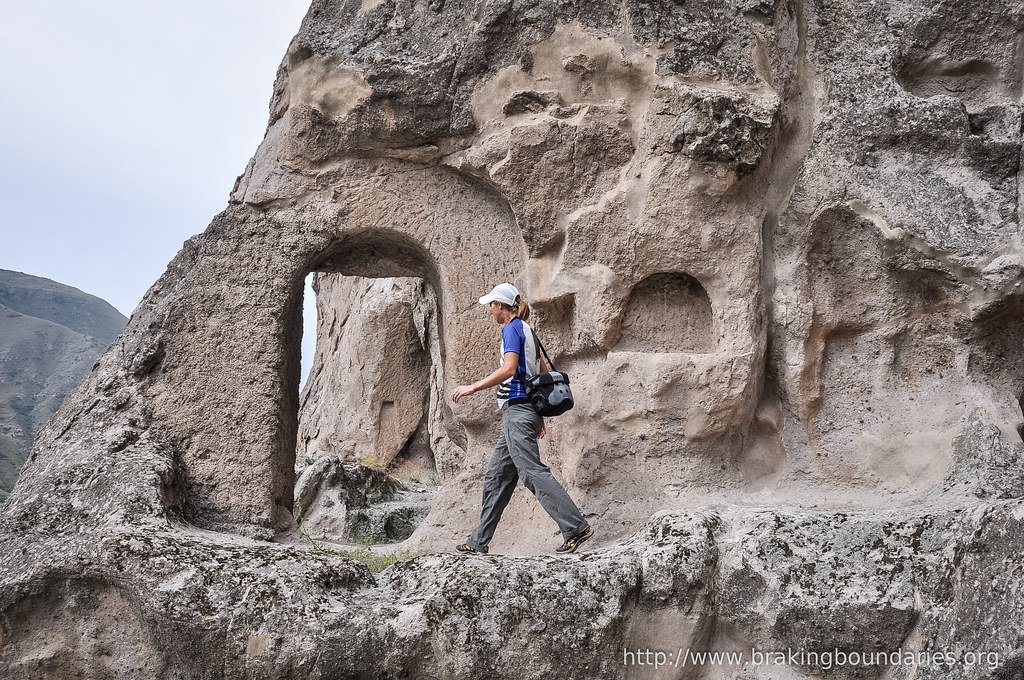 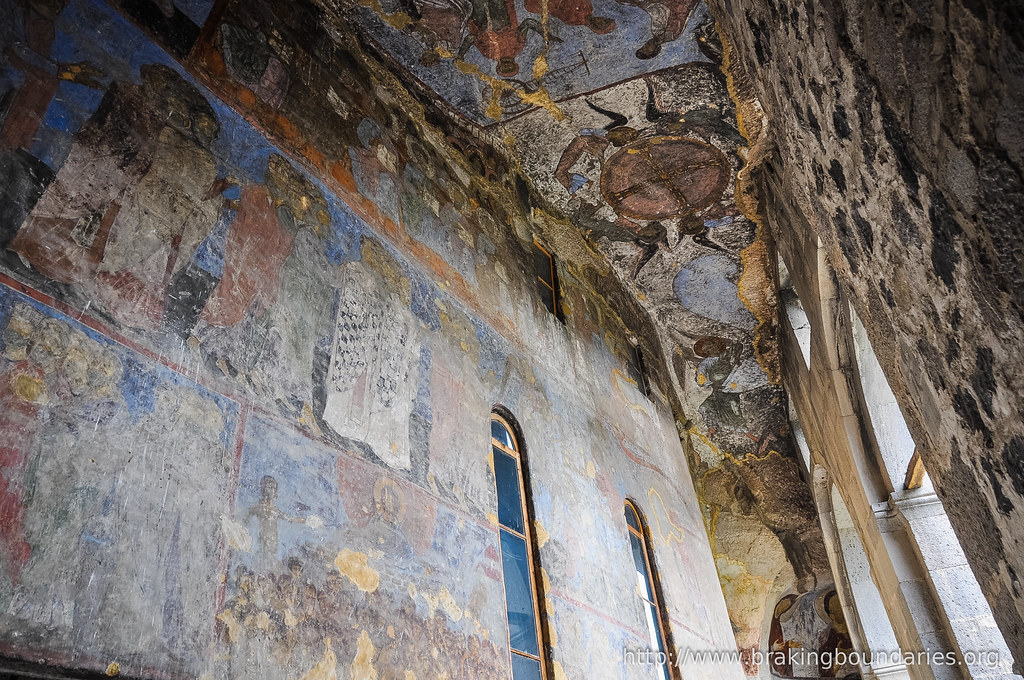 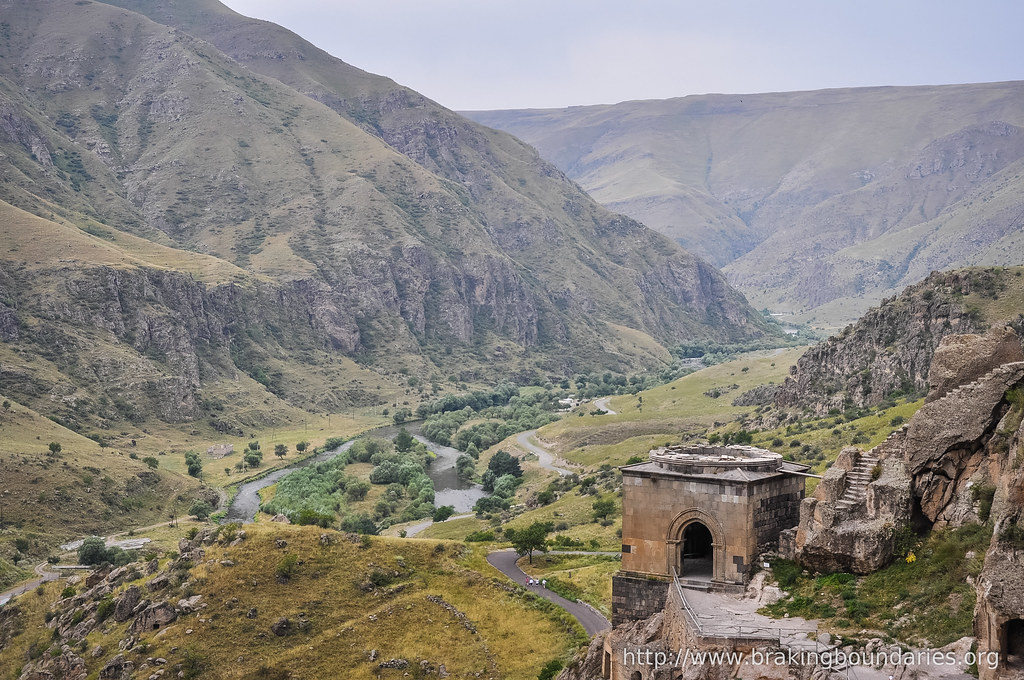 After our walk around, we got ready to get back on the road but once again our plans changed. On our way into Vardzia, it’s at the end of a road so there’s only one way in and one way out, we saw a few guesthouses. 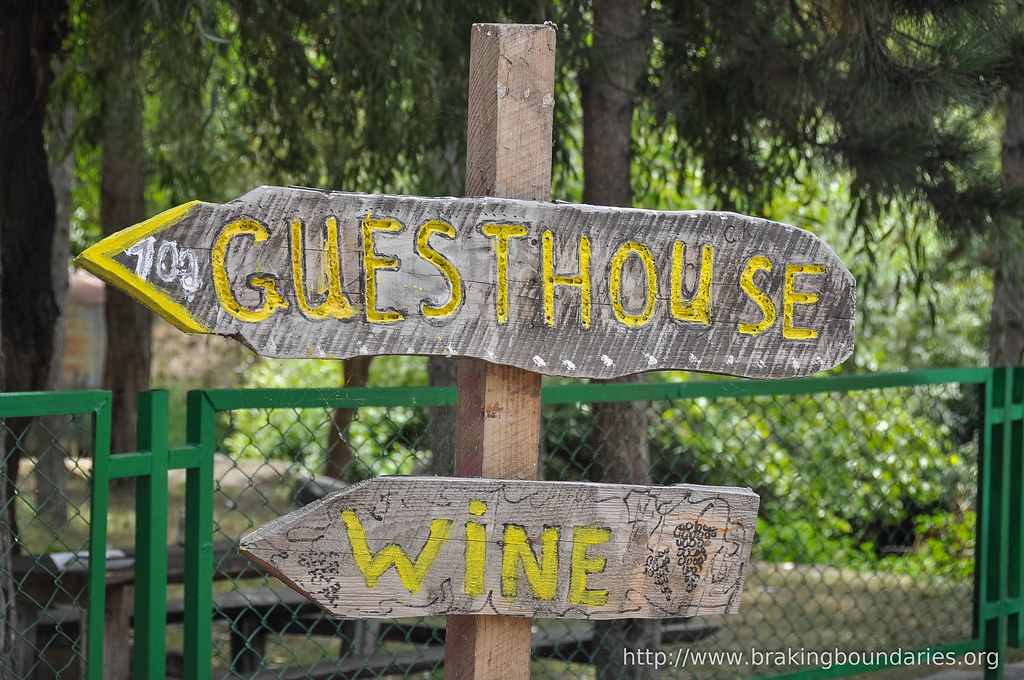 Since we had nixed our ride to Borjomi we had an extra day so we decided to take a half day and spend a night indoors. 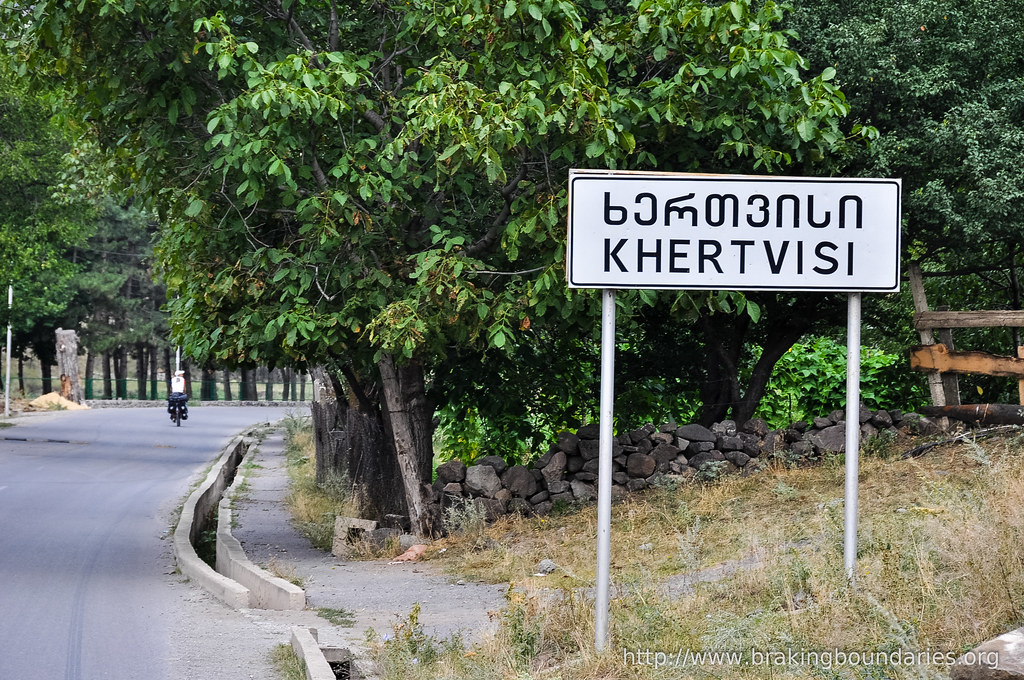 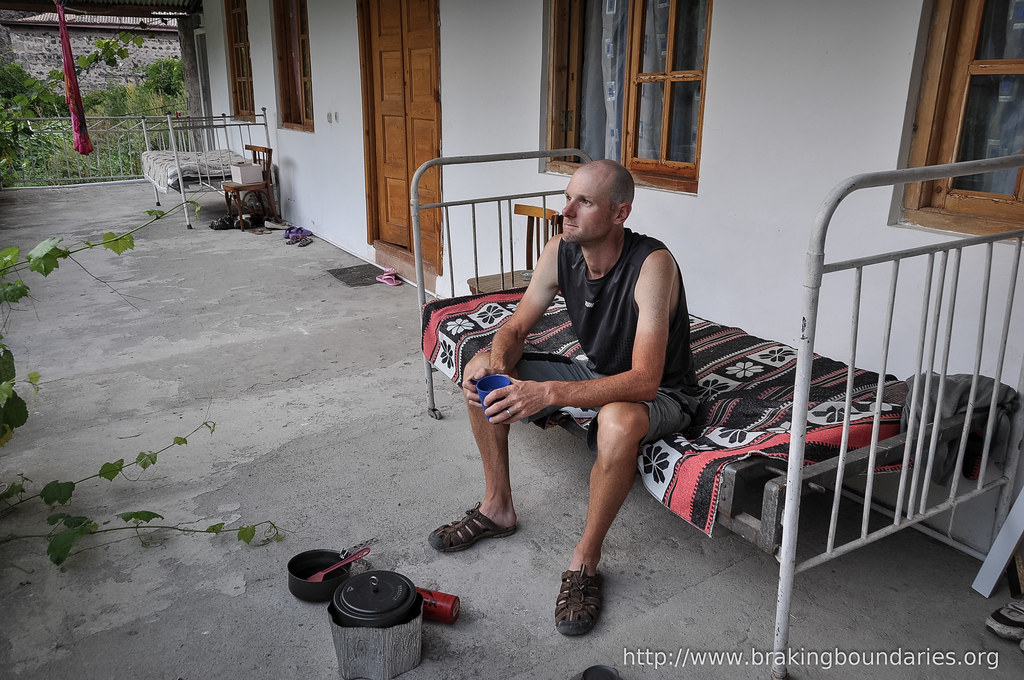 After a grueling, wink wink, 16 km we found a cute little guesthouse for $17 a night and decided to call it a day. It was nice to have an afternoon of napping, TV, a short walk to the local castle, and to just be out of the elements. 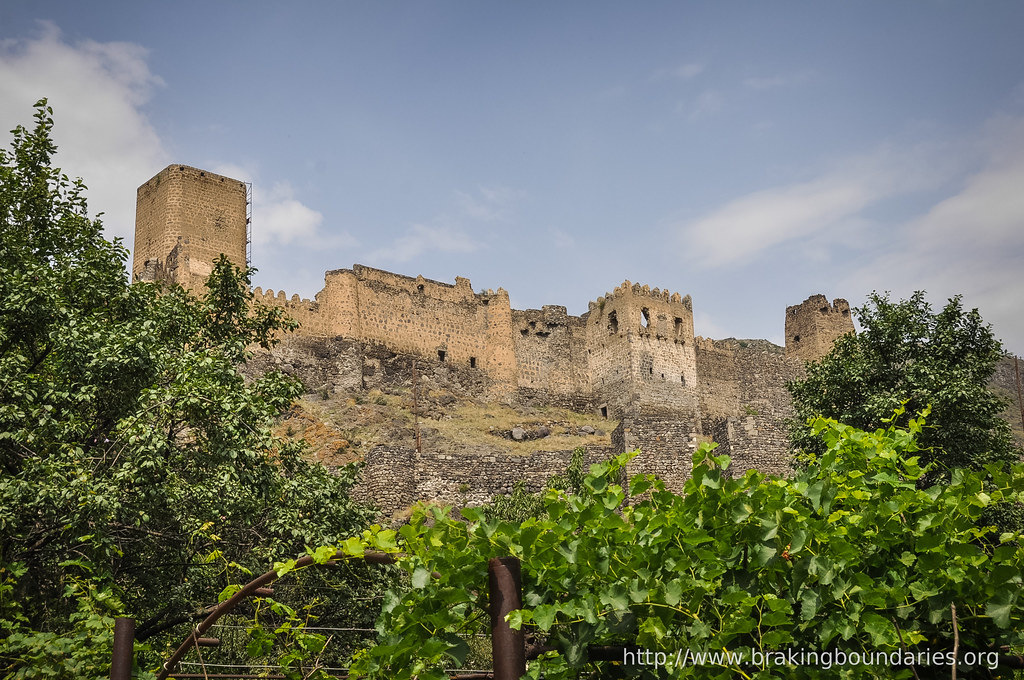 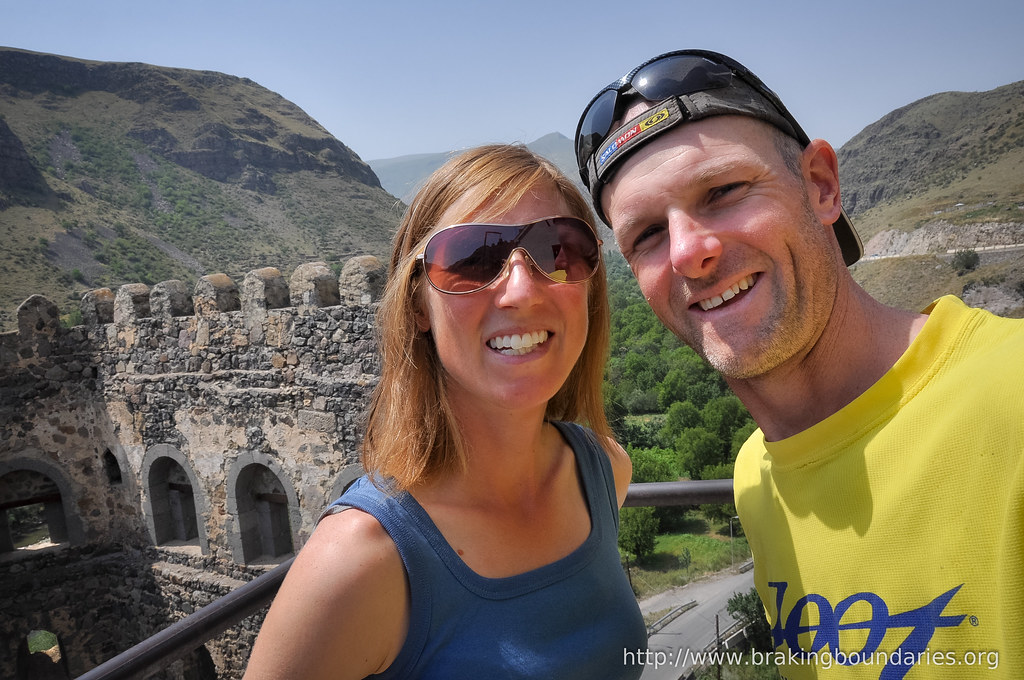 I think we are getting soft in our old age 😉

RIP Crazy Creek
What is this Licorice Stuff?