By Katie on September 7, 2014 From the RoadTurkey Again

One of the main goals of this trip to Turkey was to get to Mt. Ararat and find the Ark. Llegend has it Noah’s Ark is buried somewhere on Mt. Ararat)

We had spent most of the day climbing in the heat and hot sun, while fighting off kids throwing stones at is, but more on that in a later post. It was a pretty long climb but the view of Ararat once we were over the top was so worth it. 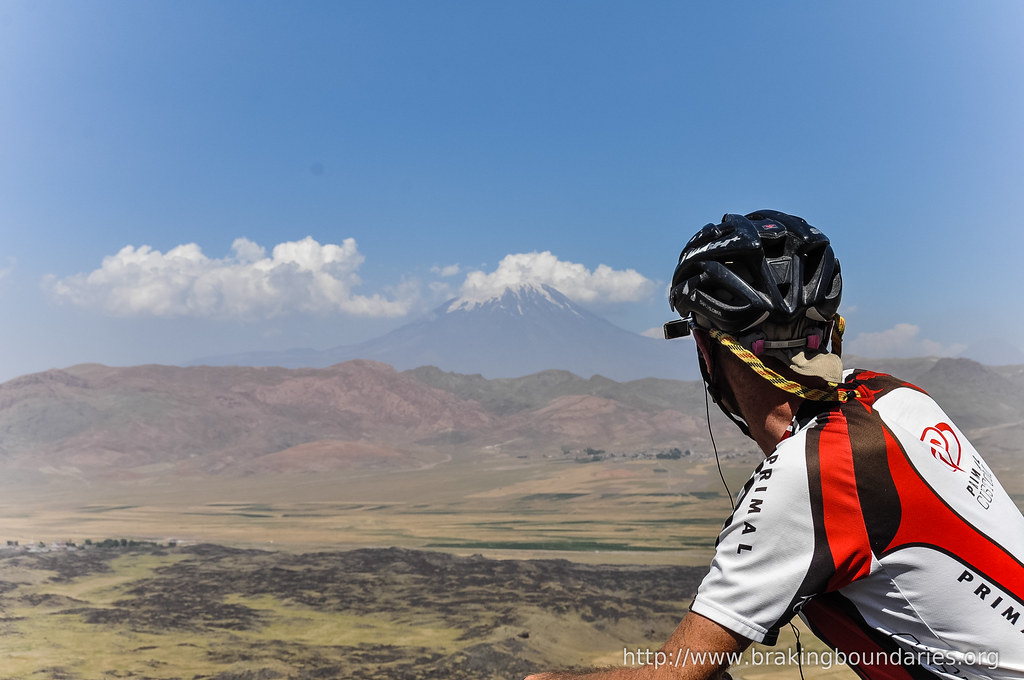 It’s a pretty spectacular sight, seeing a 5100 meter mountain shooting up out of the flat land that surrounds it is almost magical. I can understand why they think Noah ended up there, it’s the highest piece of land for miles and miles. 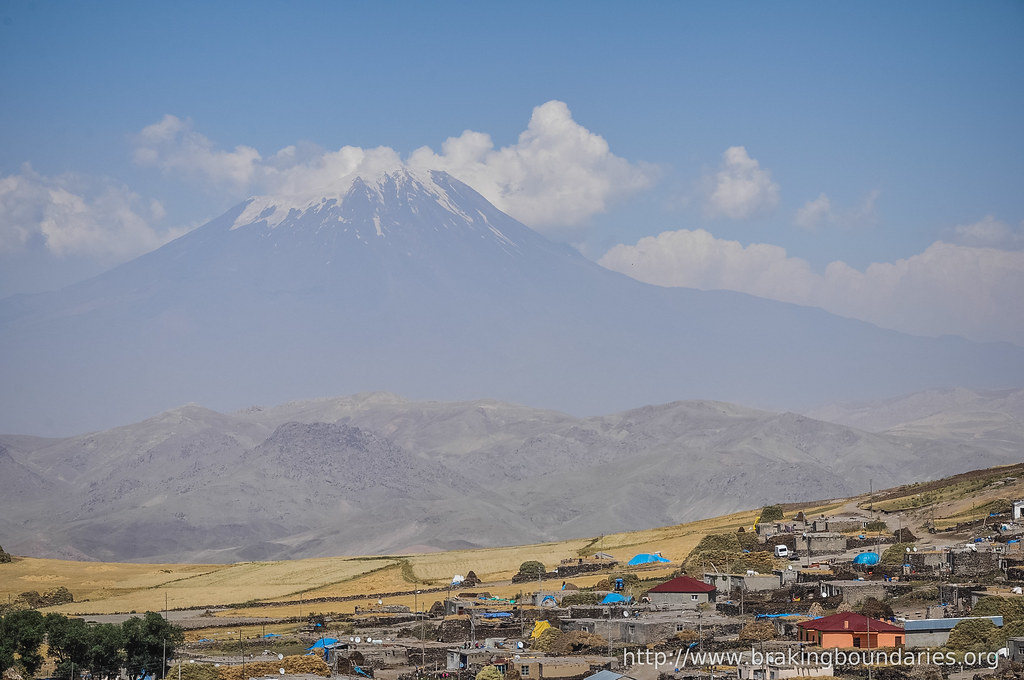 We had plans of climbing up to an old palace near the mountain but had a change of heart once we saw how high up it was. We decided instead to try to camp with a good view of Mt Ararat and that’s exactly what we did. 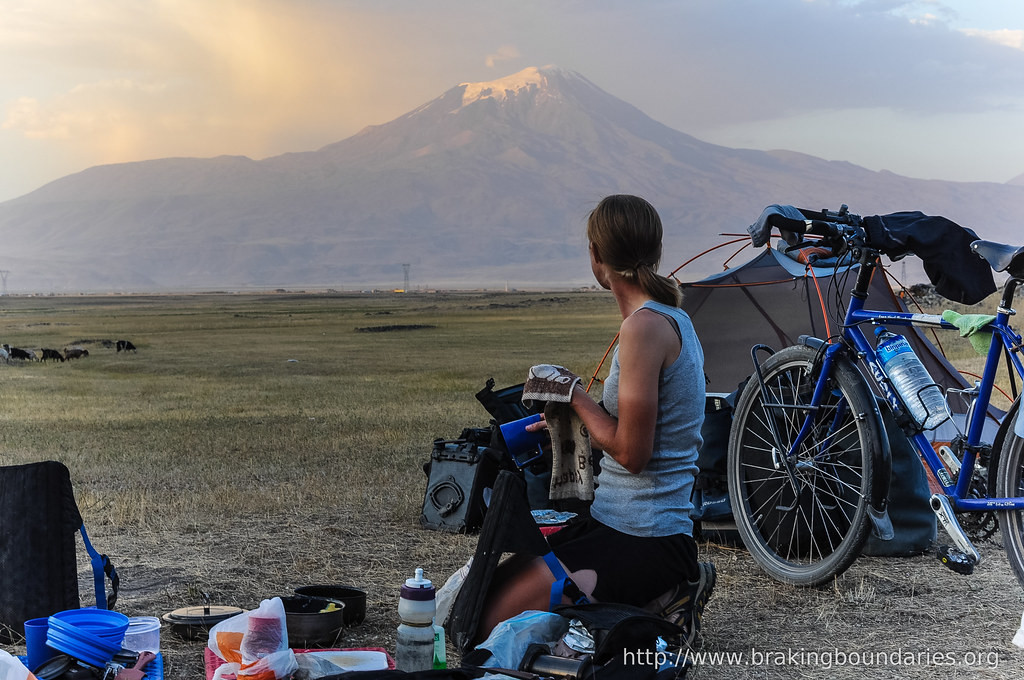 We found a great little spot away from the road with an amazing view. Unfortunately we weren’t alone and had a few flocks of sheep, sheep dogs, and their shepherds around but all friendly enough. 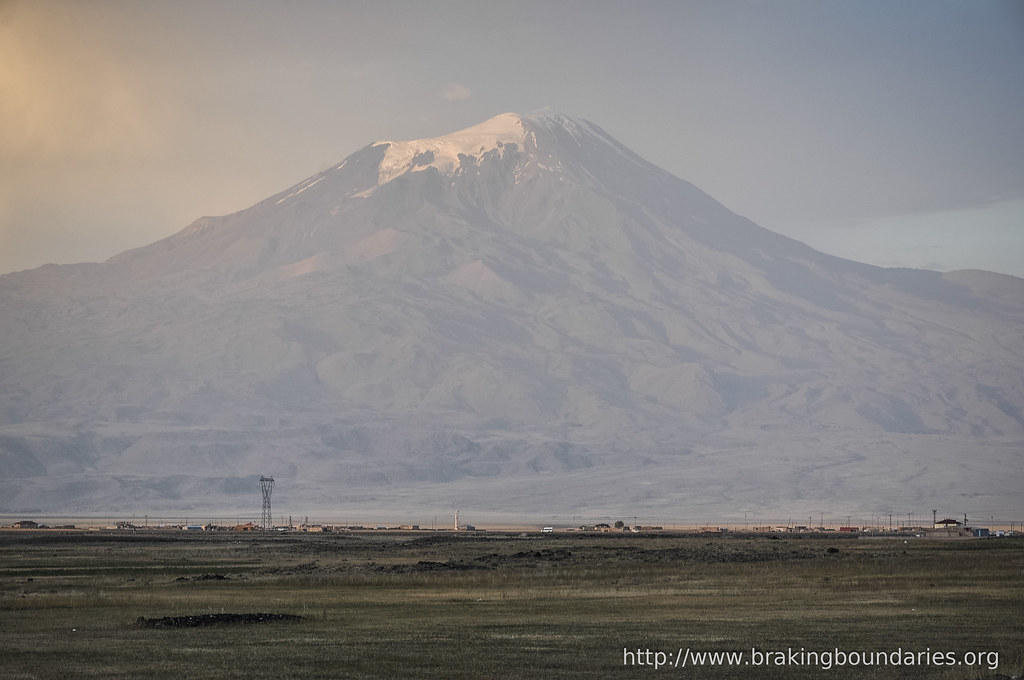 All in all it was a pretty great night.