By Katie on September 4, 2014 From the RoadTurkey Again

As we were leaving Tatvan, we heard from a couch surfer named Sedat in Van offering us a place to stay. Since we already had a few days off, we decided to take him up on the offer but only stay the night.

It was a short but nice ride from Tatvan to Van, with a little stop at Akdamar Island. 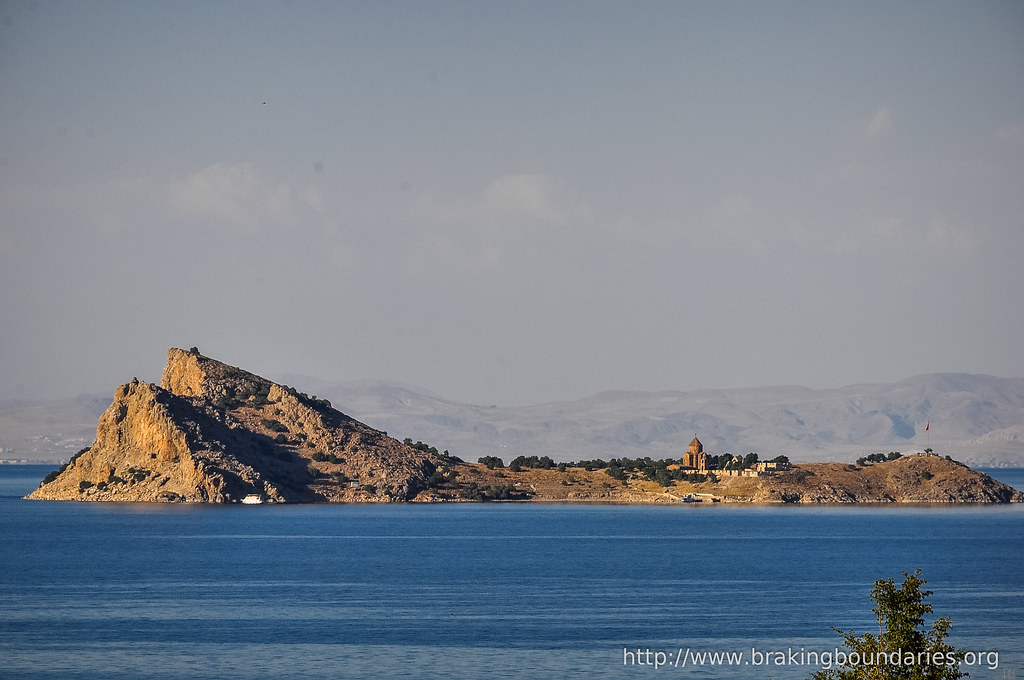 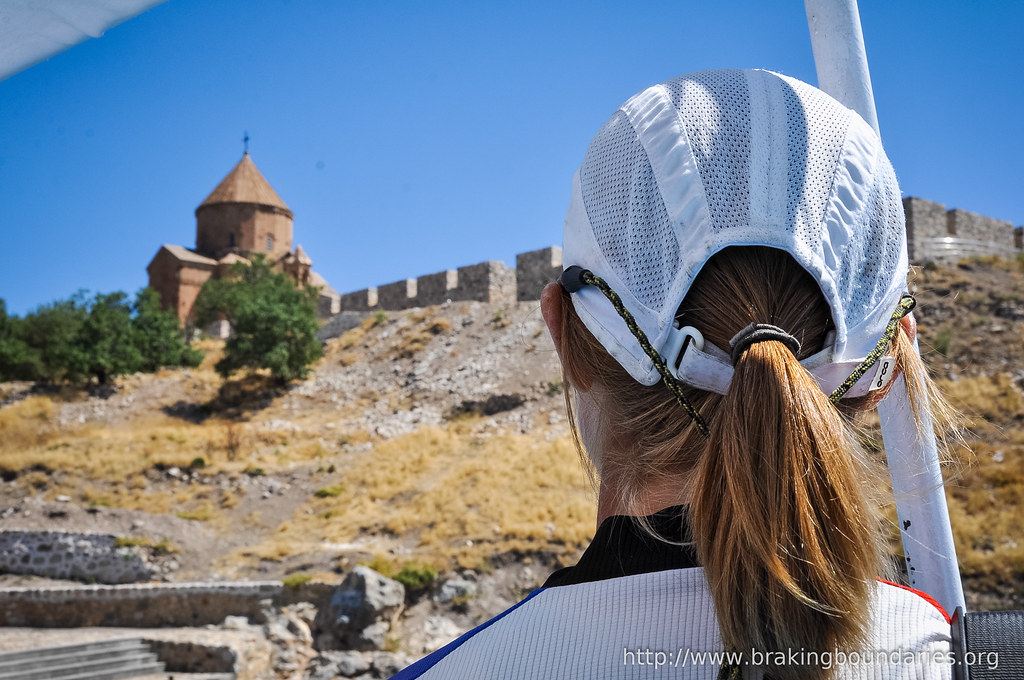 Since it wasn’t a long ride, we arrived at his place around 3 o’clock. Our host Sedat had just moved to Van himself and was supposed to be staying in his sisters apartment but she had forgotten to leave her keys for him so he offered us a place at his friend Ruat’s apartment where he was staying. Both guys very friendly and great company. 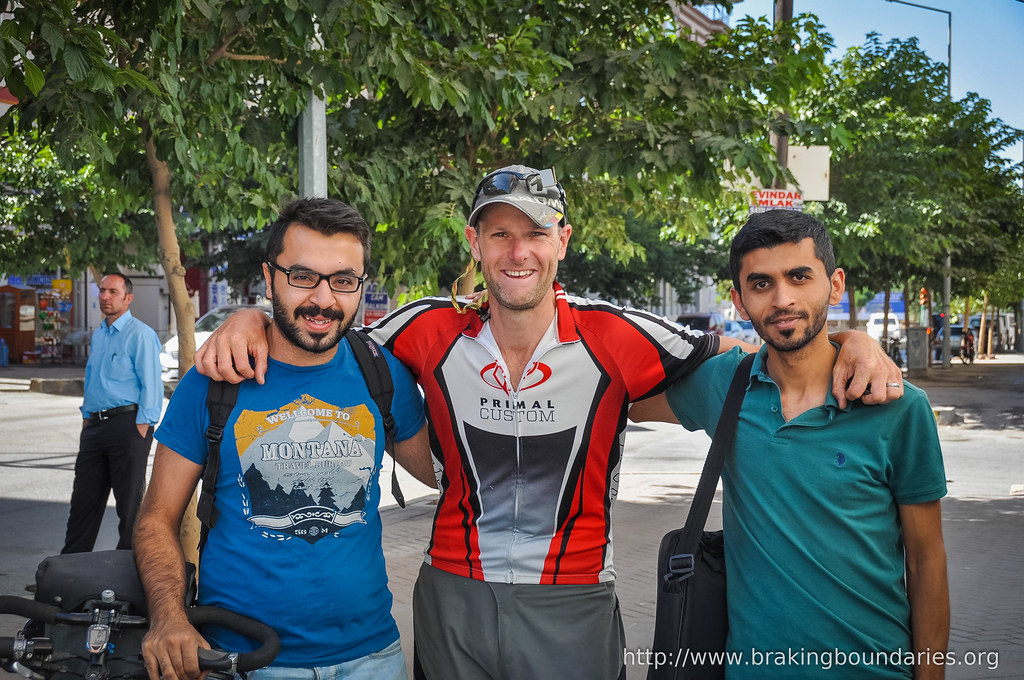 We also happened to be in Van on the day of the presidential elections in Turkey. It was interesting watching the results and discuss the politics with the guys. Being Kurdish, Sedat and Ruat were not happy with the winner and jokingly threatened to move out of the country, reminded me of when Bush won in 2000 and 2004! Later that evening Jared went out with them and ate some traditional Kurdish food and even got to experience some of the rioting and pepper spray when he went out with the hosts that night.

However, one of the main reasons we stopped in Van was to experience the famous Van breakfast. Turkey puts on an amazing spread for breakfast anyway but Van is known for it so we couldn’t pass it up. We were treated to a massive meal of olives, cheeses, local honey, local jams, fresh bread, eggs and sausage, cucumbers, tomatoes, yogurt, and of course tea. It was delicious, filling and all for the low low price of $6/person. Man we love Turkey! 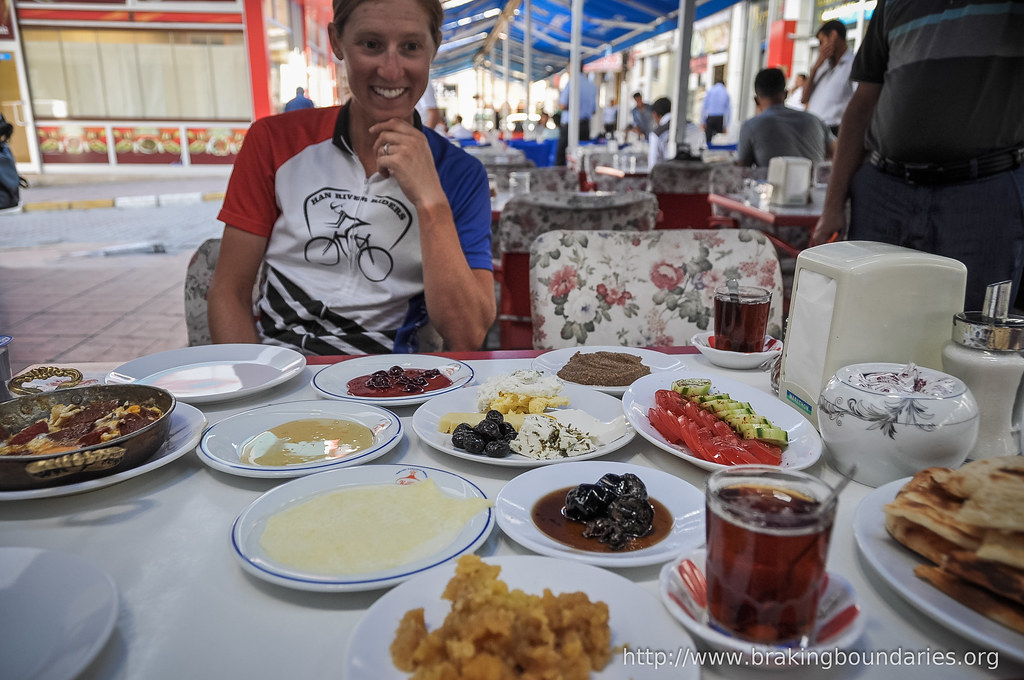 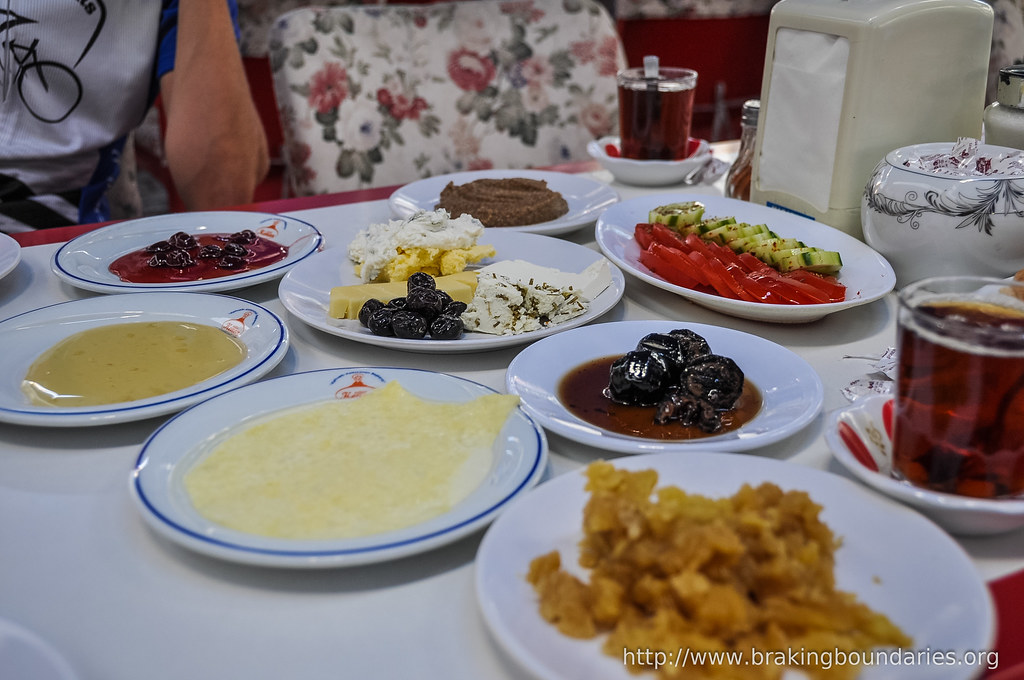 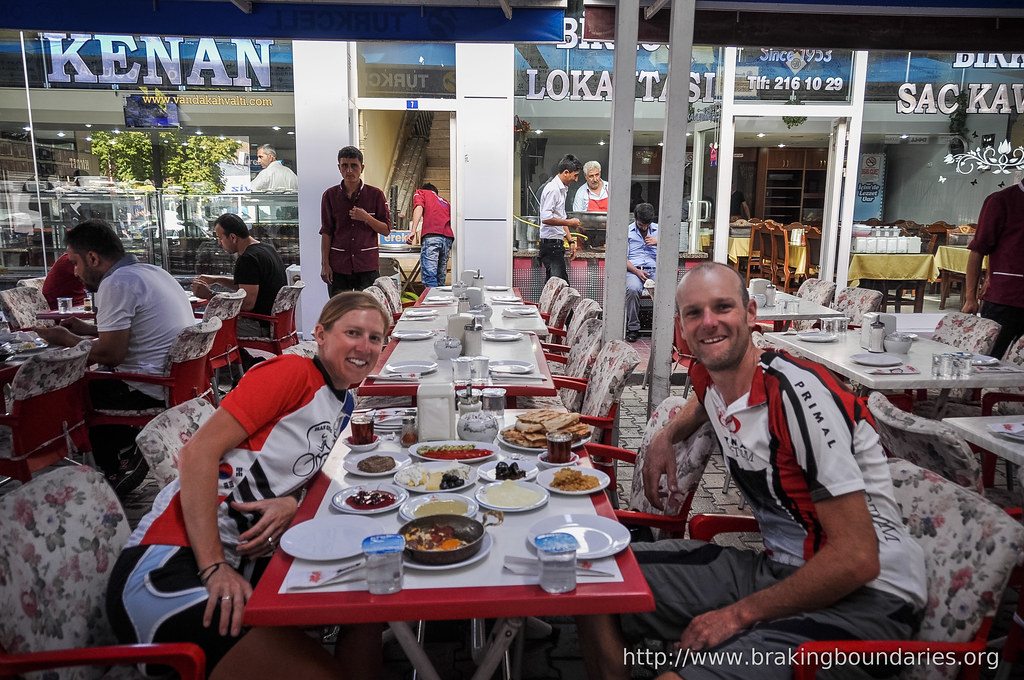