By Katie on September 2, 2014 From the RoadTurkey Again

Our original plan for our first week in Eastern Turkey was to cycle from Elazig to Van, which was about 550 km, and take a day off. Unfortunately we heard backk from any couch surfers in Van at this point, but we got a reply from Kursat in Tatvan.

Tatvan is smaller city about 150 km from Van so we decided to take some time off after slogging it out in the heat and ups and downs of Eastern Turkey. And we were so glad we did. Our host, Kursat, was ever so gracious to let us stay an extra few nights and gave us a great Tatvan experience. It started with him taking us to his favorite restaurant for some amazing, and seemingly endless, Turkish food. 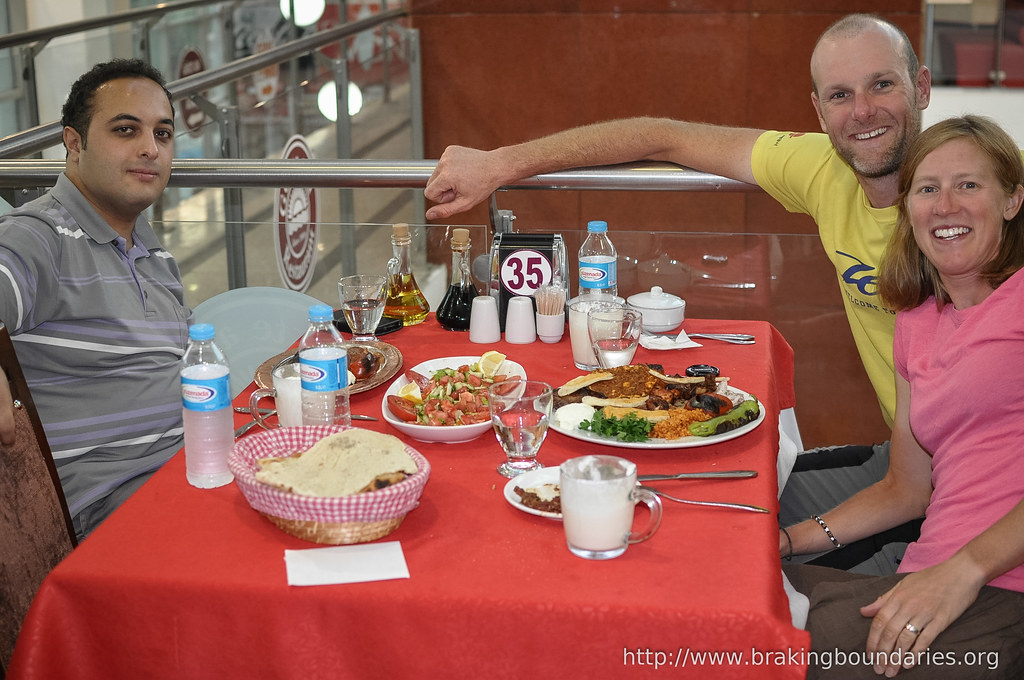 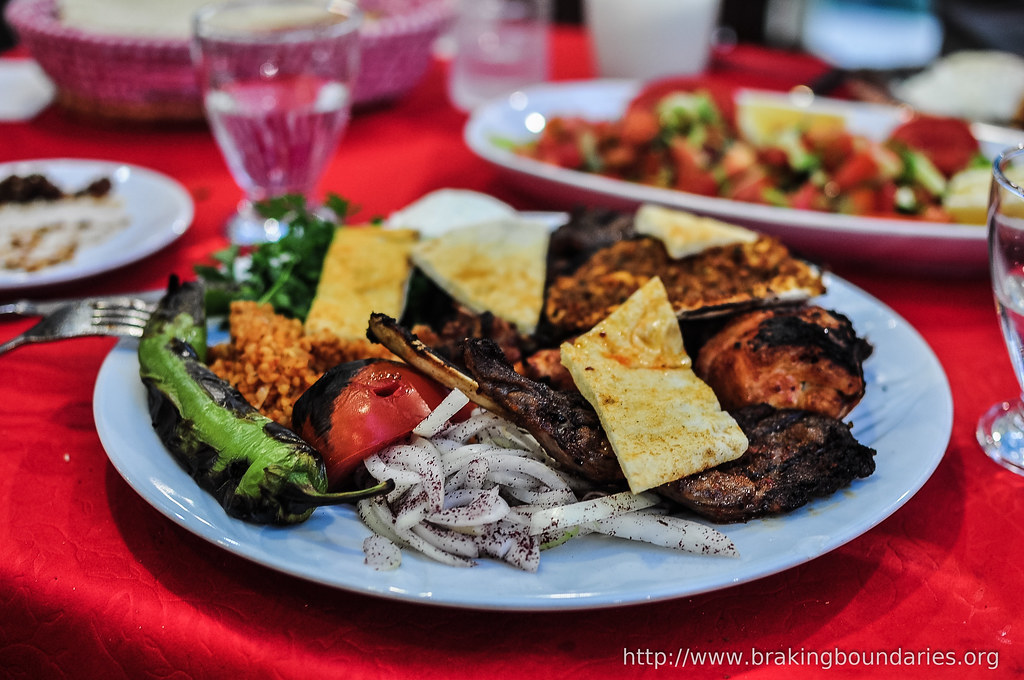 Then it was off to eat the best ice cream in the world! Well the best ice cream both Jared and I have ever had, better than New Zealand ice cream and that’s saying something. It was creamy, but not gooey, silky, and smooth. Really it was just amazing. We had it drizzled with chocolate sauce that went hard once it hit the ice cream. I’m drooling just writing about it. It was a great night and only the beginning of our stay in Tatvan. 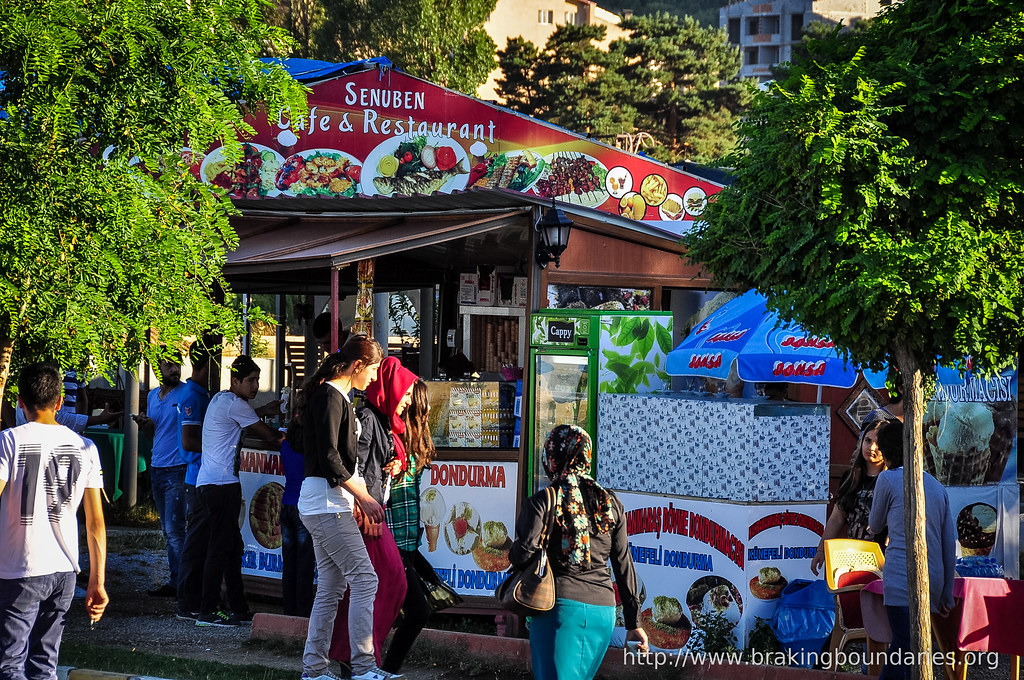 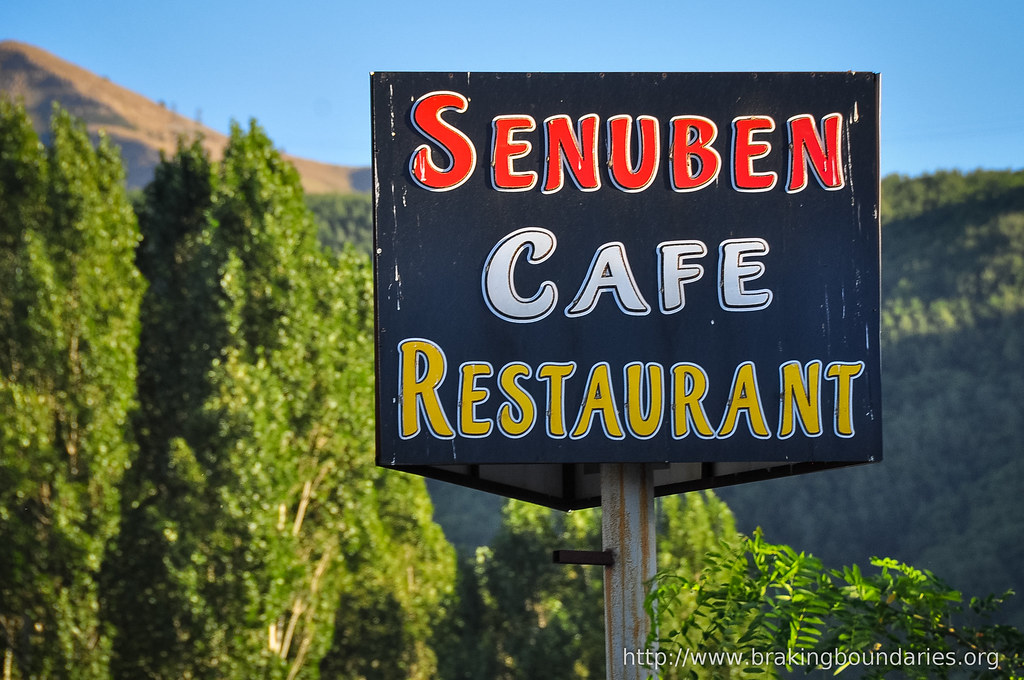 The next day was purely for resting, writing blogs, editing pictures, and catching up with family. That night Kursat made us an excellent Turkish dinner and after it was back out for more ice cream! 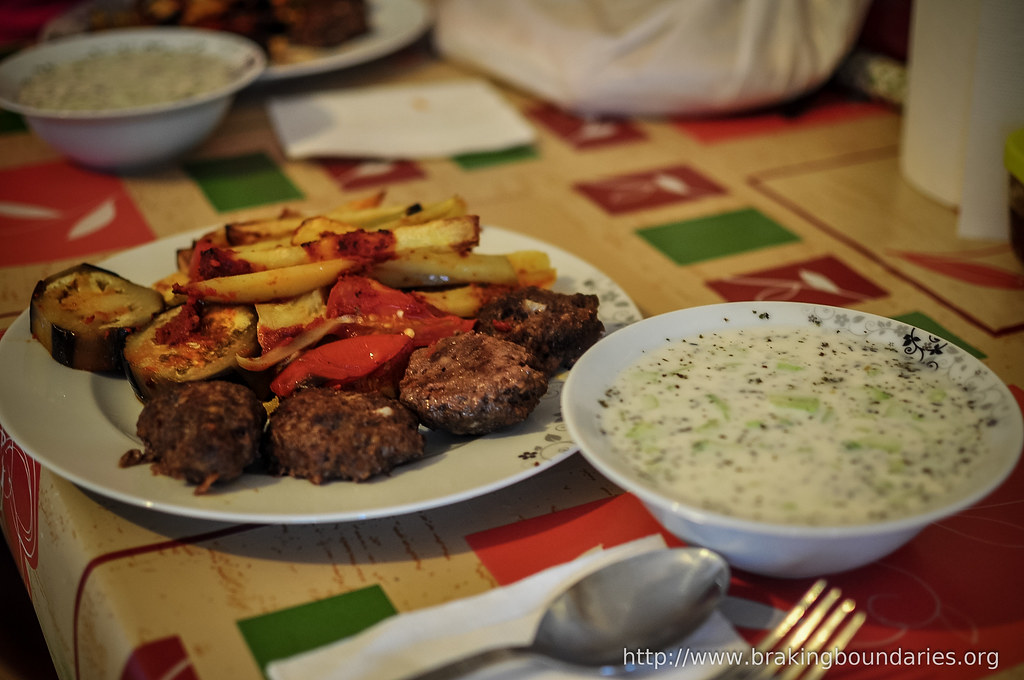 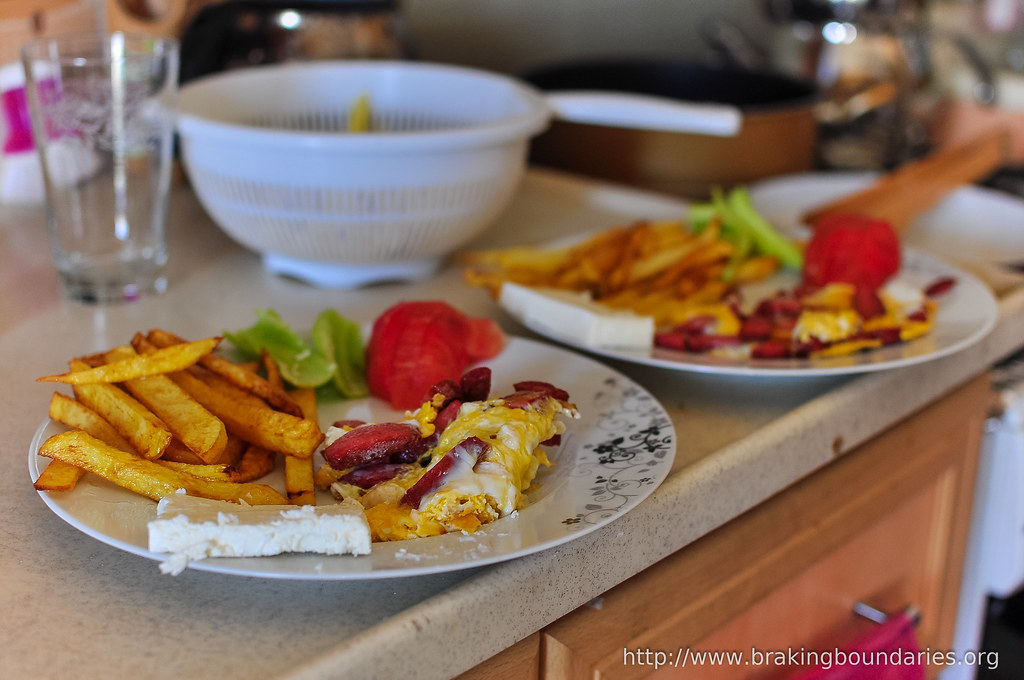 We decided to not be as lazy the next day and cycled up to Mount Nemrut, a volcanic creator, for a picnic lunch. It was a steep and challenging climb, even without all our gear, but worth it for the beautiful view of the crystal clear lake. We didn’t get all the way down to the lake because the road turned to cobble stone and not the easiest to ride on so we stayed up high and just enjoyed the view. 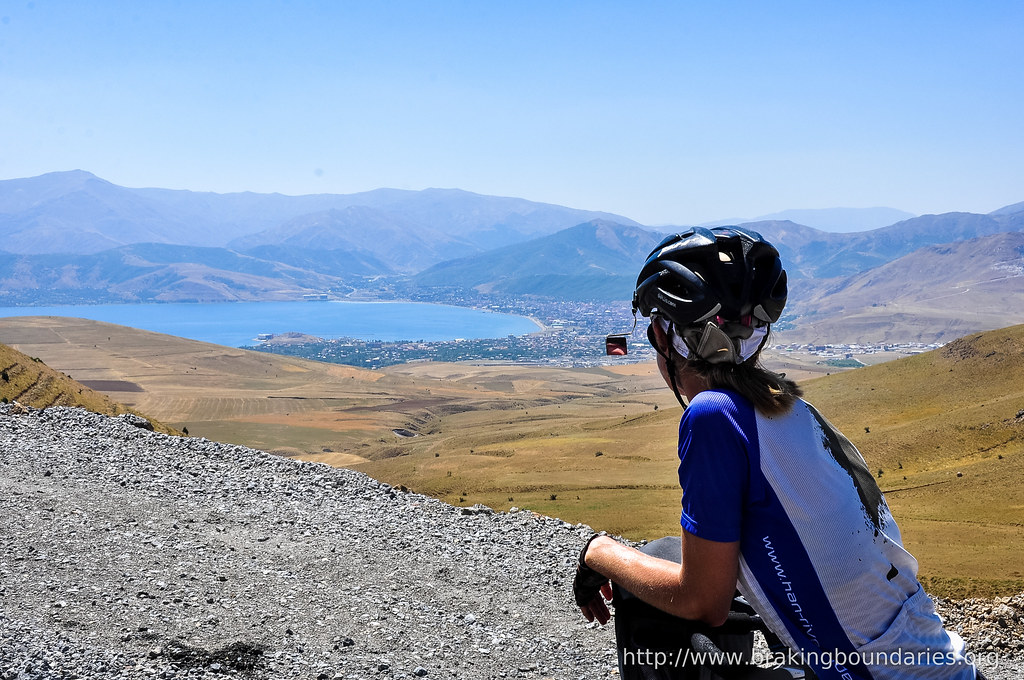 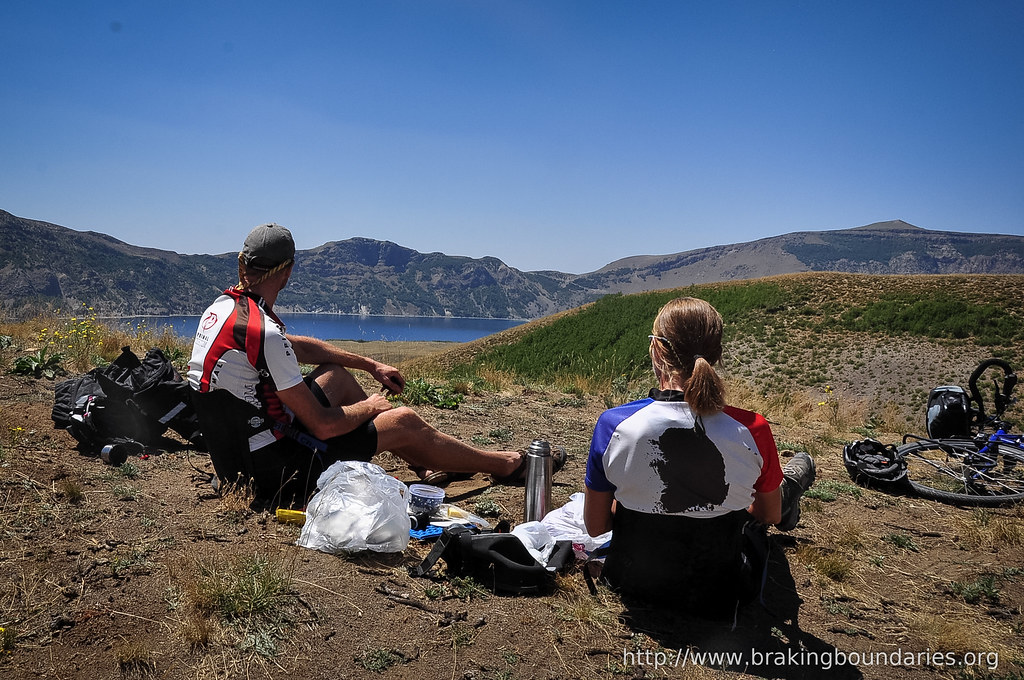 That evening Kursat took us out on a sunset boat ride around the Tatvan harbor. It was short but neat to see the city from the water, especially at sunset. After the ride we headed back his favorite restaurant for one more dinner before we headed out the following morning. 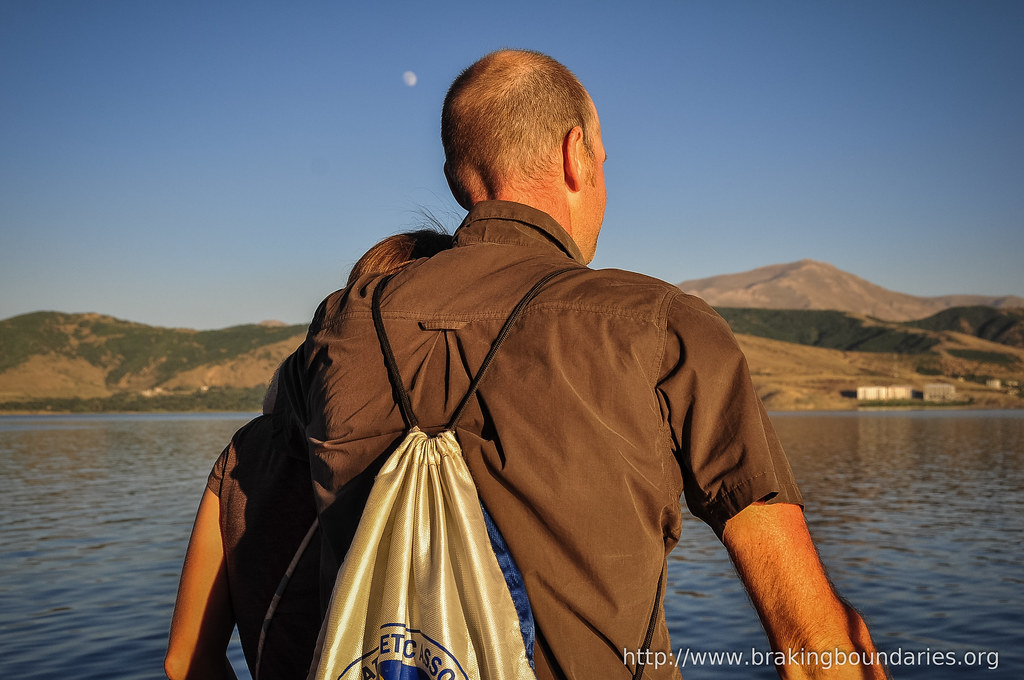 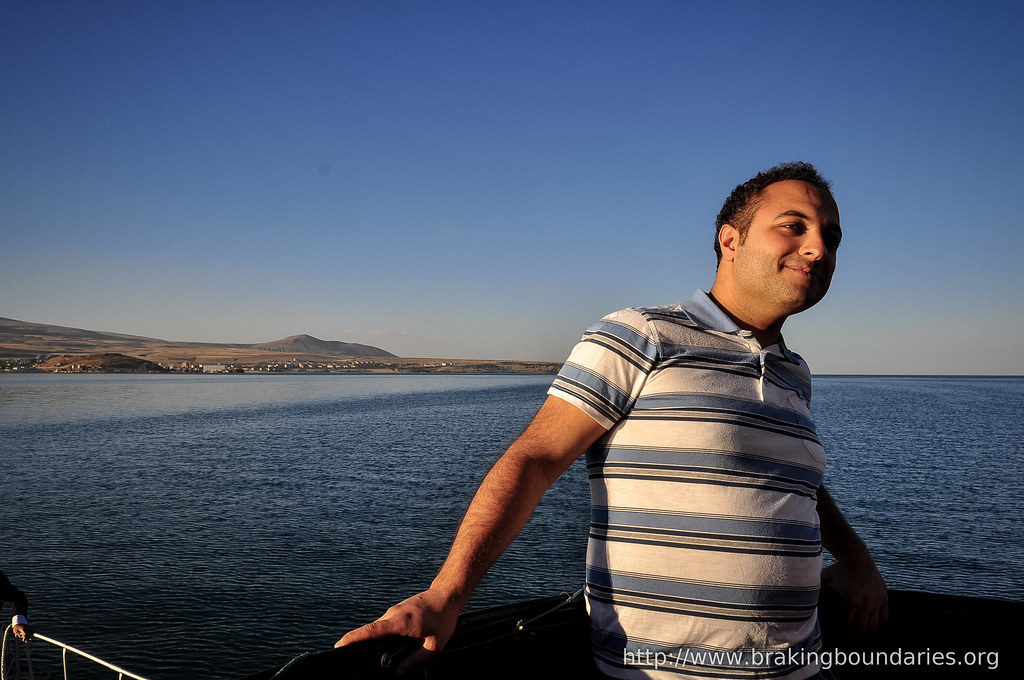 It was a nice, and unexpected stop, in Tatvan. Kursat was more than gracious for letting us stay three nights instead of just one, he showed us a great time, cooked some great food, and introduced us to the best ice cream ever. Couch surfing once again delivered! 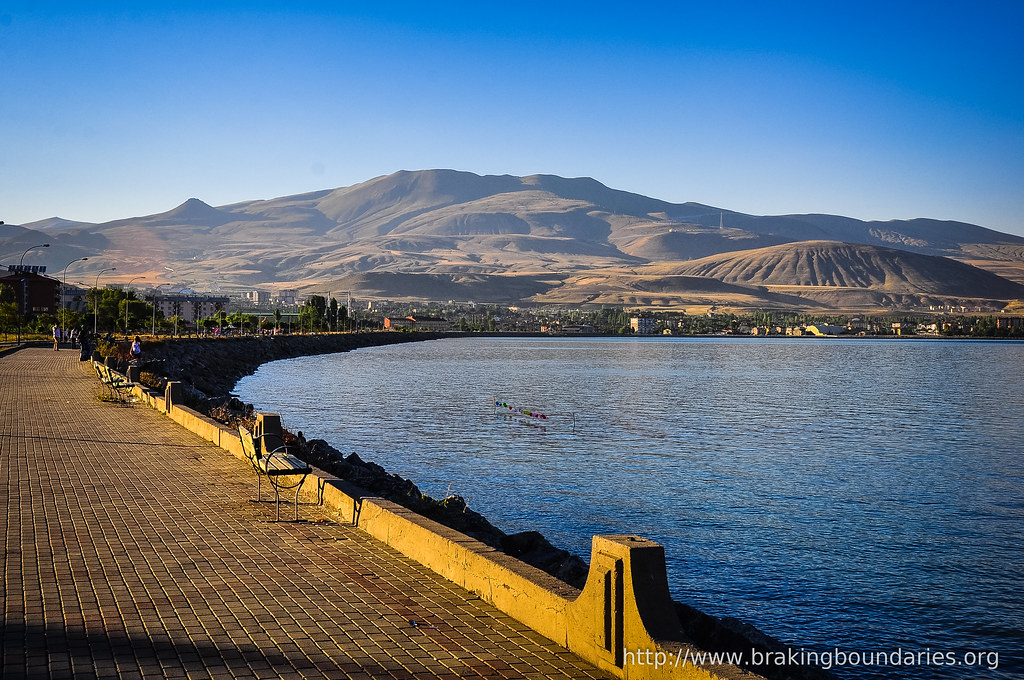 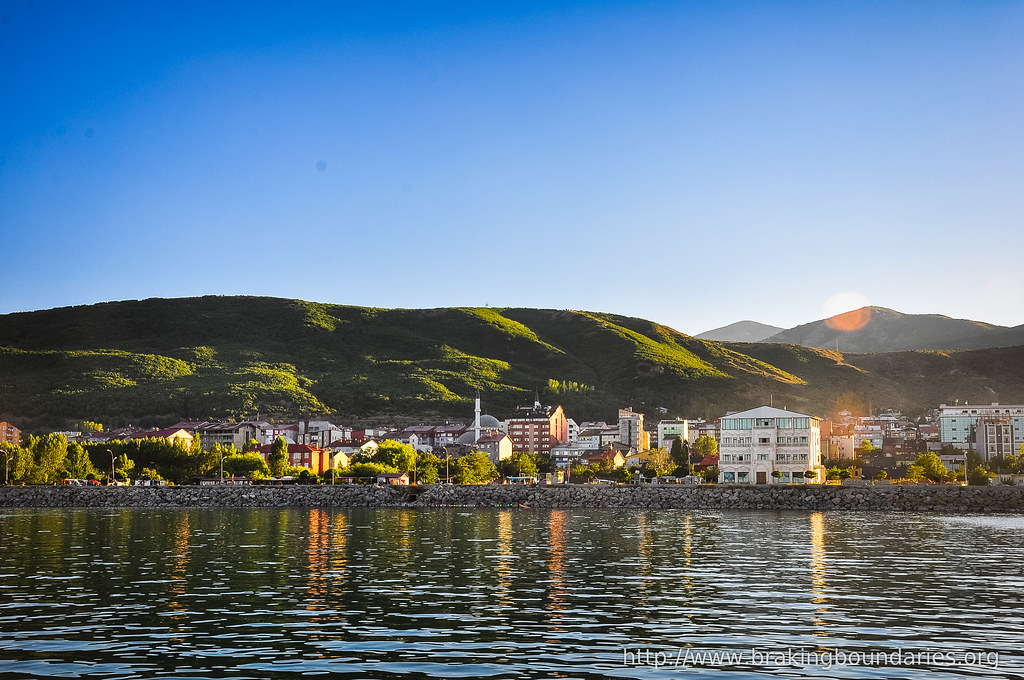