By Katie on September 1, 2014 From the RoadTurkey Again

During our travels, we have spent only a few nights in the homes of strangers. We have always enjoyed our experiences when we are taken in and it’s always an interesting evening. The night we camped on the rooftop was a bit different but still just as interesting.

We had been on the road for two days and they were two hot and rough days. The roads were up and down and up and down with little shade and wind as hot as a hair dryer. 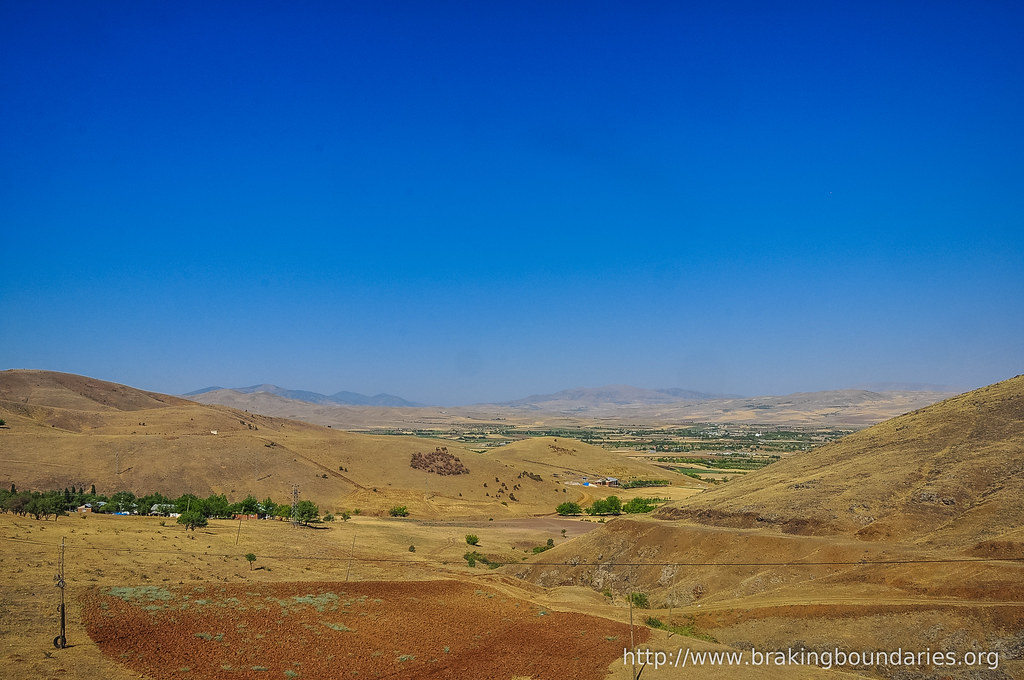 It was getting to be around 5pm and close to our time to find a place to sleep. We stopped at a small roadside convenience store to get a Coke and take a quick break. Once we sat down, we were surrounded with the men who were working at the store. They asked where we were from, where we were going and all the usual questions. No one spoke English but we did our best to communicate. Not long after we sat down, the man running the store was on the phone to someone and quickly passed the phone to Jared. It was the mans cousin (İbrahim) who spoke perfect English. He said we were more than welcome to stay the night at their place, but we weren’t exactly sure what that meant since we weren’t at someones house, we were at a convenience store.

We decided to stay but Jared was more excited about it than I was. Don’t get me wrong. Being offered a place to stay, food and company is beyond generous, but I don’t think I was in the right mind set to be staying with people, I was looking forward to camp cooking and sleeping in the middle of nowhere. However the decision was made and we were staying.

We sat around talking and being in a million pictures for about two hours. Meanwhile I was getting hungrier and hungrier and therefore crabbier and crabbier (those who know me well understand how I am when I am hungry). We were also still in our cycle gear and I was dying for a shower or just some place to clean up.

But before that could happen we were shown where we would be sleeping, and it wasn’t inside on a soft bed or even on a floor, it was on top of the convenience store which was right by the road and would surely mean a loud night. Nor something I have dealt with well on this trip.

After we set the tent up and got things organized, I sat down and had a snack and tried to stay calm. Shortly after we were fed an amazing meal around and I started feeling a bit better after eating. 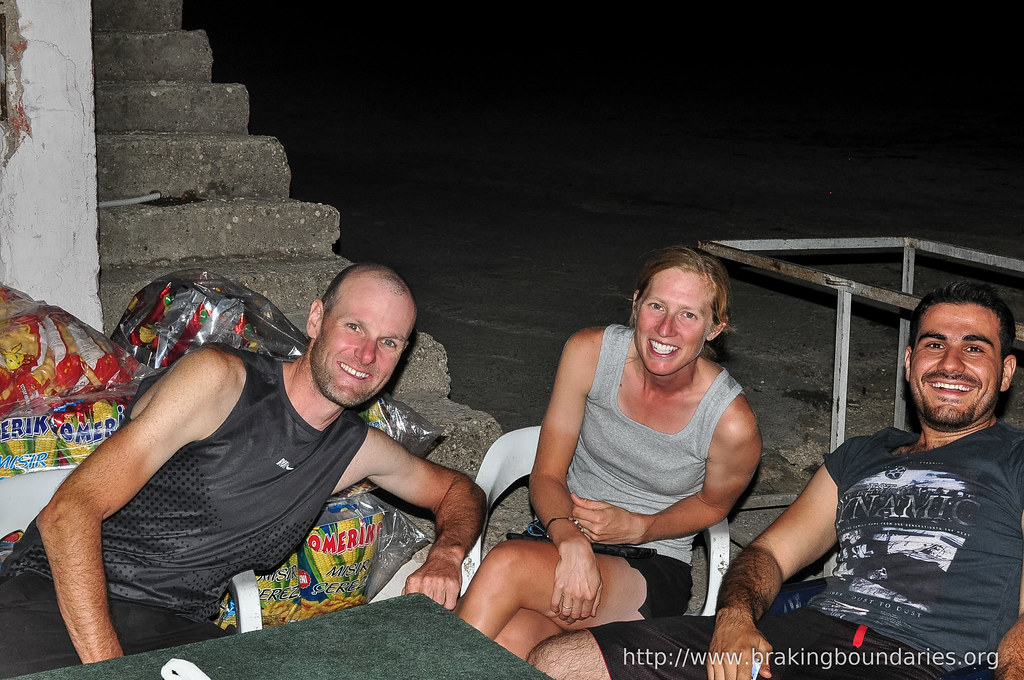 After dinner we were shown where we could clean up, which was outside using a pipe but at least it was dark and no one could see us washing. We cleaned up, I was pretty tired but knew I wouldn’t get to sleep easily with the noise from the traffic so I stayed up to chat with the guys. They were playing a traditional Turkish game called Okey and so we watched and talked. 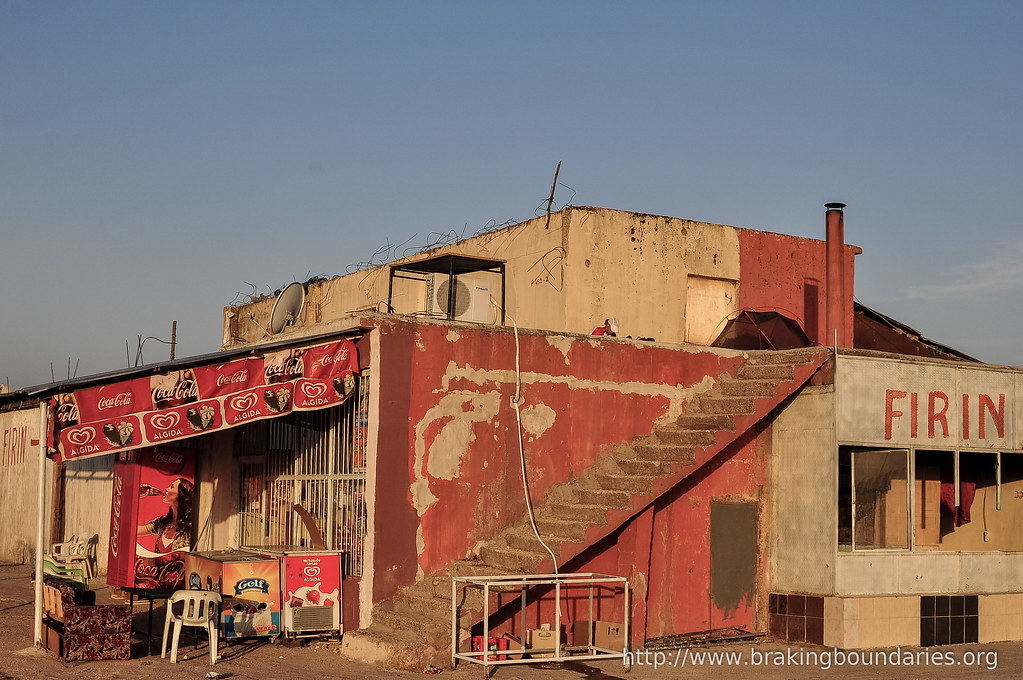 Eventually I got too tired and headed up to the roof for bed. It took me a long time to get to sleep with the traffic noise and didn’t have the best nights sleep so the next morning was a rough one.

I was tired and it was hot by 7am which made me extra crabby. We weren’t on the road until 8:45 because we were waiting around for the guys who had been up until 3am painting the shop to wake up so we could say goodbye. Plus they had gone out of there way to have breakfast brought to us as well and it is very hard to refuse such kind gestures. 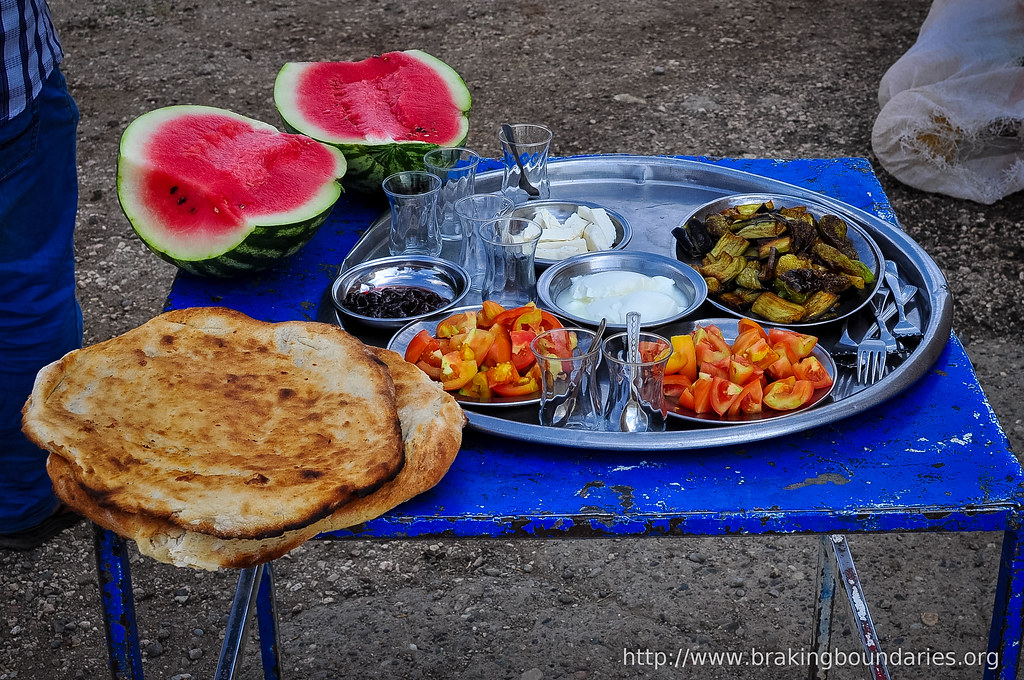 It was definitely a different experience and I am truly grateful for their kindness, but a lack of sleep does not go down well on the bike in 40C weather. I can’t say it was my favorite stop along the way, but the generosity of strangers still surprises me and it was cool to meet a nice family and make new friends.