You are here: Home > ReAsia 2014 > From the Road > Our Little Gostinetsa (гостиница)

By Katie on August 27, 2014 From the RoadKyrgyzstan

Our time in Kyrgyzstan took us on the same road twice, Bishkek to Osh then Osh back to Bishkek. On our way there we stayed in, what we can guess was an old Soviet hotel. It was being remodeled, floor tiles torn up, no running water in the bathrooms, and repainting the outside. There was no sign saying it was a hotel and I’m not sure how people would even know it’s there. The only reason we found it was because it had been a rough day with gale force winds and a rain storm and I wanted a place to stay. We asked the locals where the closest hotel/gostinitsa (гостиница) was and they directed us. 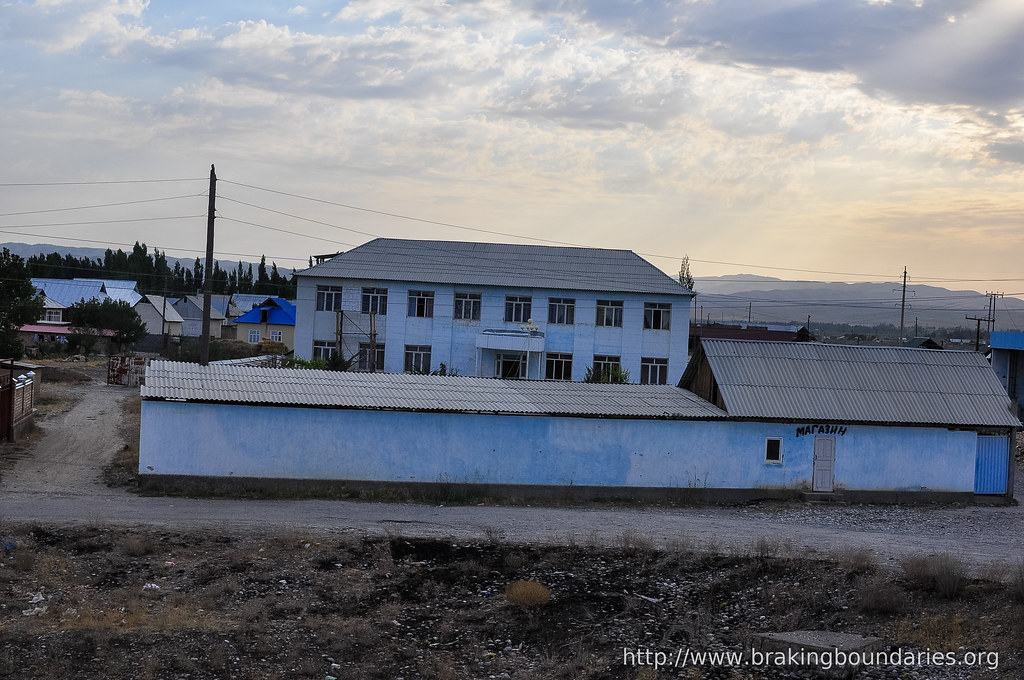 We pulled up and got a few looks from the workers as we did. Jared went in and checked out the room while I waited outside. The woman helping us was extremely nice and was happy to have us stay. Despite the appearance of the outside, the rooms were very clean and spacious and extremely cheap. Less than $10 (500 com) for a room, but there was no running water and the bathroom, if you can call it that was downstairs. We really didn’t mind and just wanted a dry place to sleep.

Since this hotel was a bit out of the way of any place to eat we asked the woman if we could cook outside in front of the building and she had no problem with that. After we got all our stuff inside and cleaned up the best we could, we started cooking. We once again got a few strange looks from the workers but all left us alone and went about their business. Thankfully the rain stopped enough to let us cook and after dinner we headed to bed.

Knowing we were 130km from Osh, we were up and at’em early so we could get there in the early afternoon and enjoy an extra half of day off.

On our way back to Bishkek after Tajikistan we knew we had a place to stay 130km away from Osh. We headed out after a few days off at Biy Ordo and made it back to our little gostinitsa. As we pulled in, the same woman came out to greet us and had a big smile on her face, we guess she remembered us 😉 This time the rooms were $11.50 (600 com) but we now had a full bathroom with a shower and running water so we didn’t complain about the increase in price.

The room this time around was even bigger than our last one and equally as clean. Once again we cooked out in front of the building and once again no one bothered us. 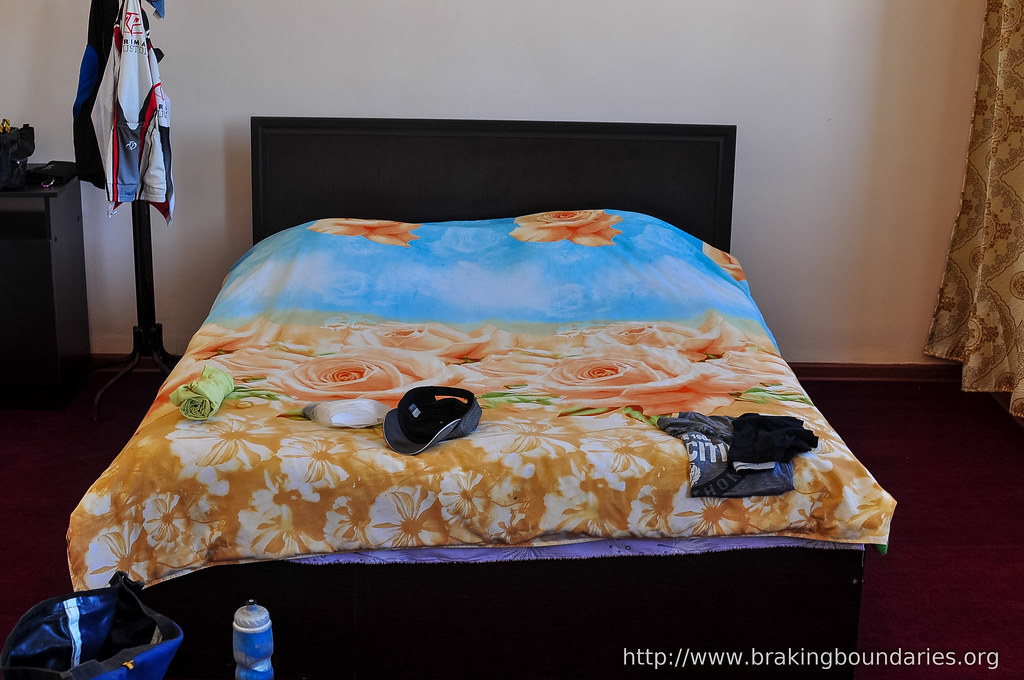 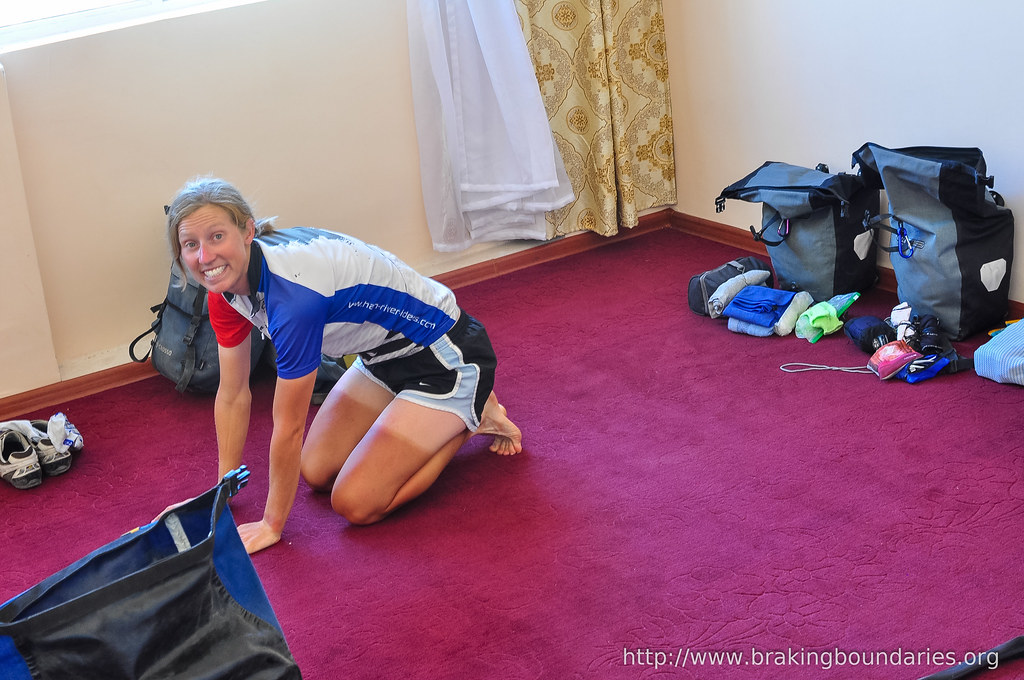 If by chance we would ever be on the road from Bishkek to Osh again, we will definitely be stopping at the little gostinitsa on the outskirts of the town of Kecesh 20km before Jalalabat. 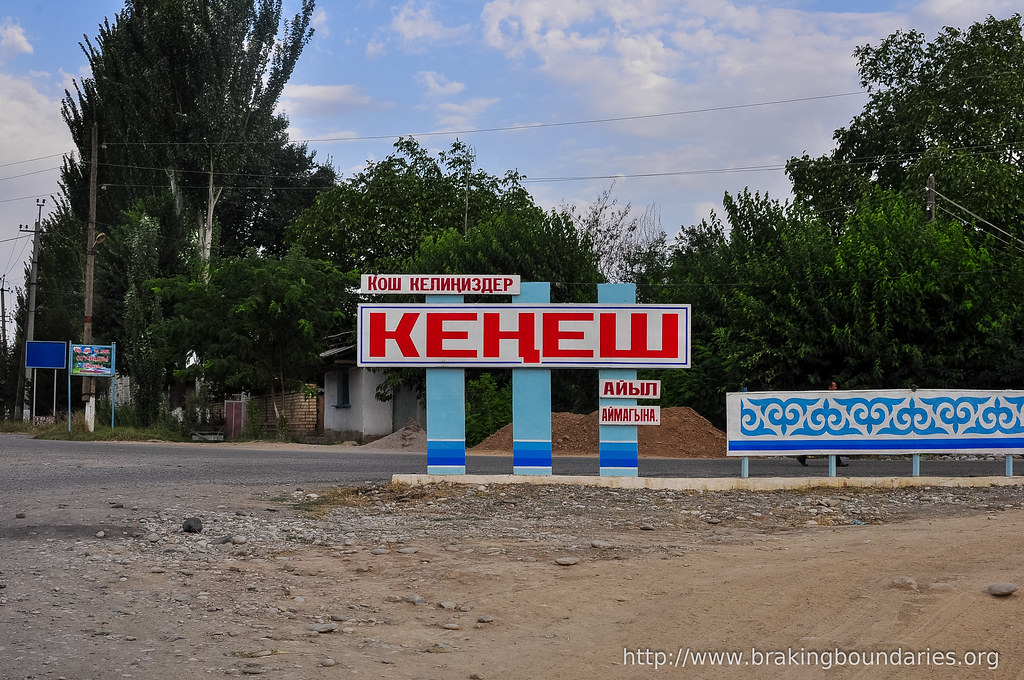 Sary Tash to Osh. The End of the Road
Biy Ordo Guesthouse in Osh Krygyzstan