By Jared on August 26, 2014 From the RoadKyrgyzstanTajikistanThe Pamirs

If we thought the Pamir highway ended as we crossed back into Kyrgyzstan we were wrong. Sary Tash to Osh was less than 200km and we thought we could knock out 150-160km in one day, especially since 80km of it was downhill. This would get us super close to Osh and give us an easy ride in. But the wind had different ideas. 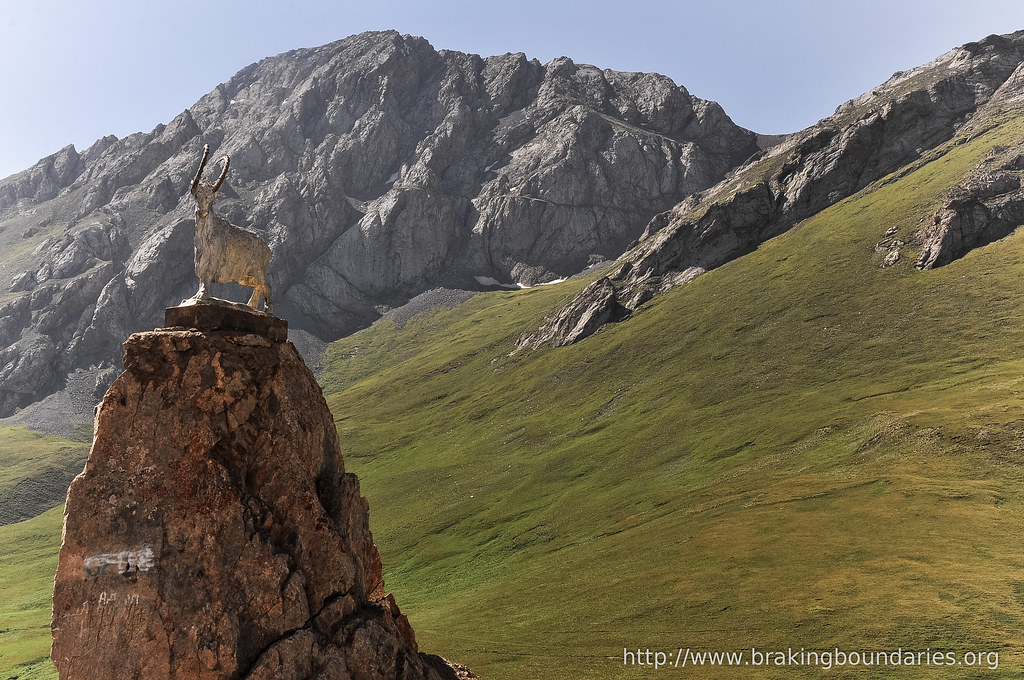 We started the day out climbing, had a small descend then back up again. After our second climb we thought we would have an easy afternoon of downhill and get close to Osh. 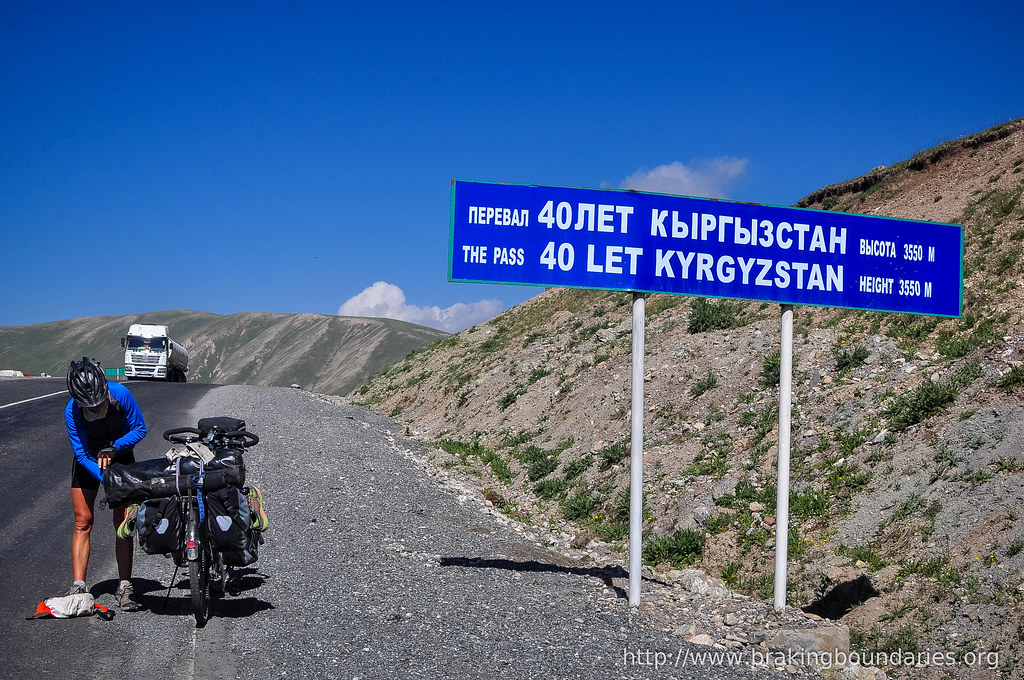 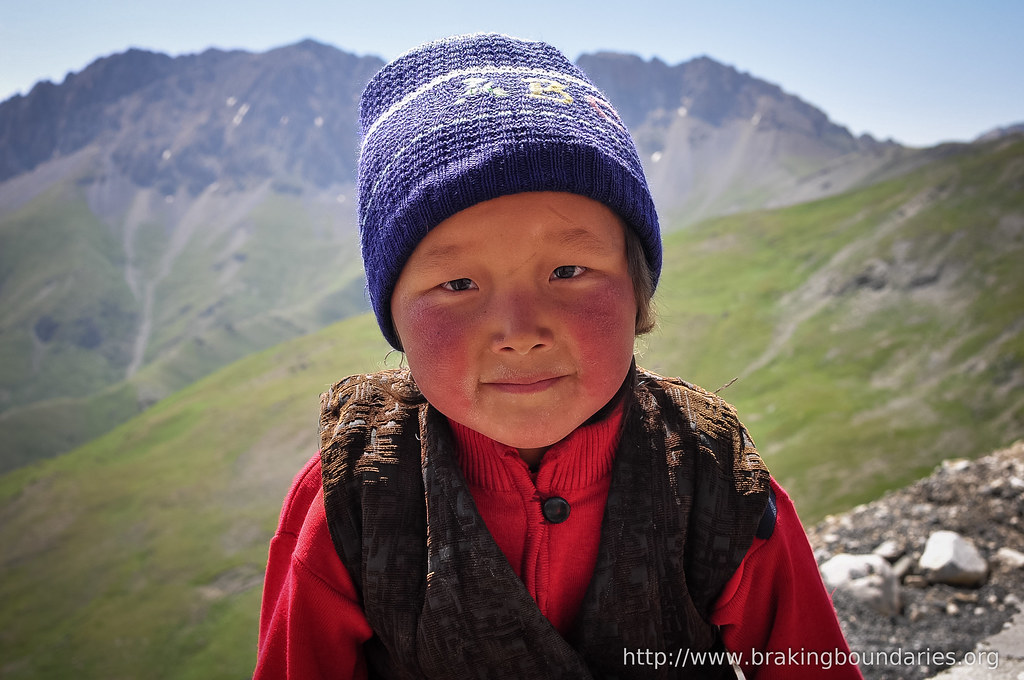 After 8km of steep and windy downhill, we were smacked with a harsh headwind. At first it wasn’t too bad but as the afternoon went on, the wind got stronger and stronger and it got harder and harder and cycle. It didn’t help that I wasn’t feeling well and having massive stomach cramps, so all in all it was turning out to be a horrible day. And our hopes of making it close to Osh was being dashed. 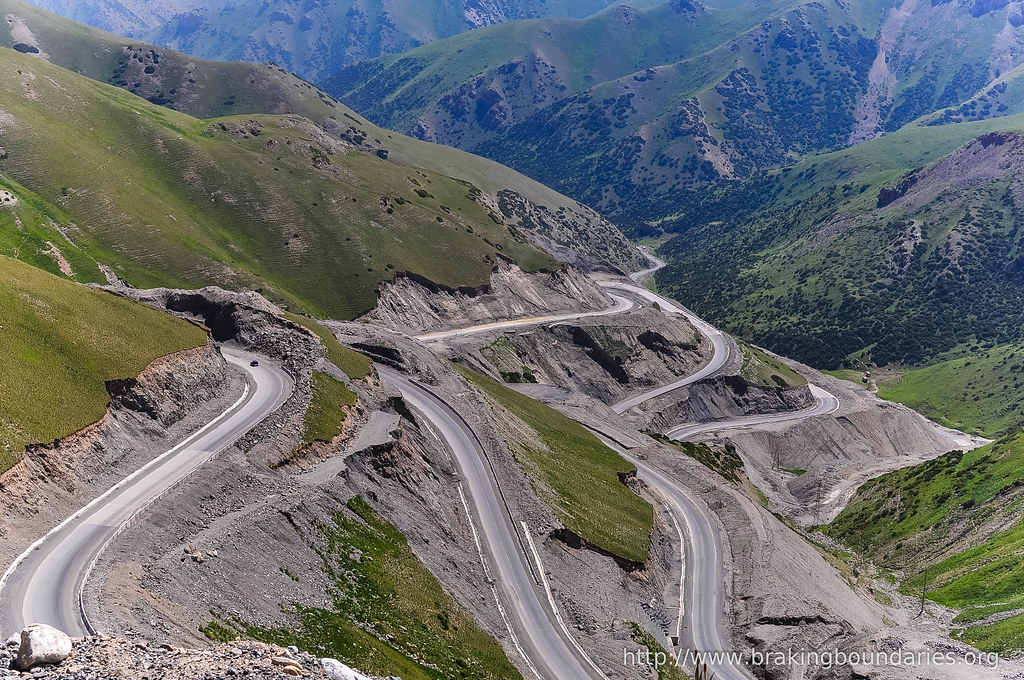 As the day went on, we had to start fighting the wind as we went down hill. At one point we were going 8km downhill into the wind, rough. Around 4pm we found a spot that was sheltered from the wind and gave up our dream of making it closer. 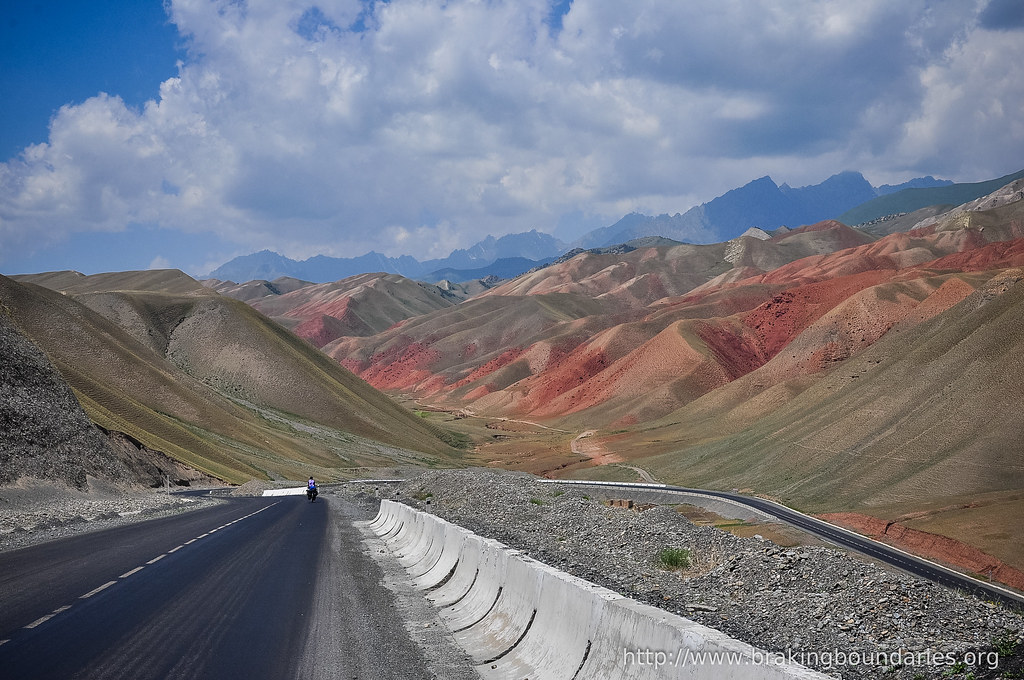 Since we didn’t get as far as we wanted to, we decided to get up before sunrise the next morning and beat the wind. We had 95km to go and knew we had one more gnarly climb before dropping again. 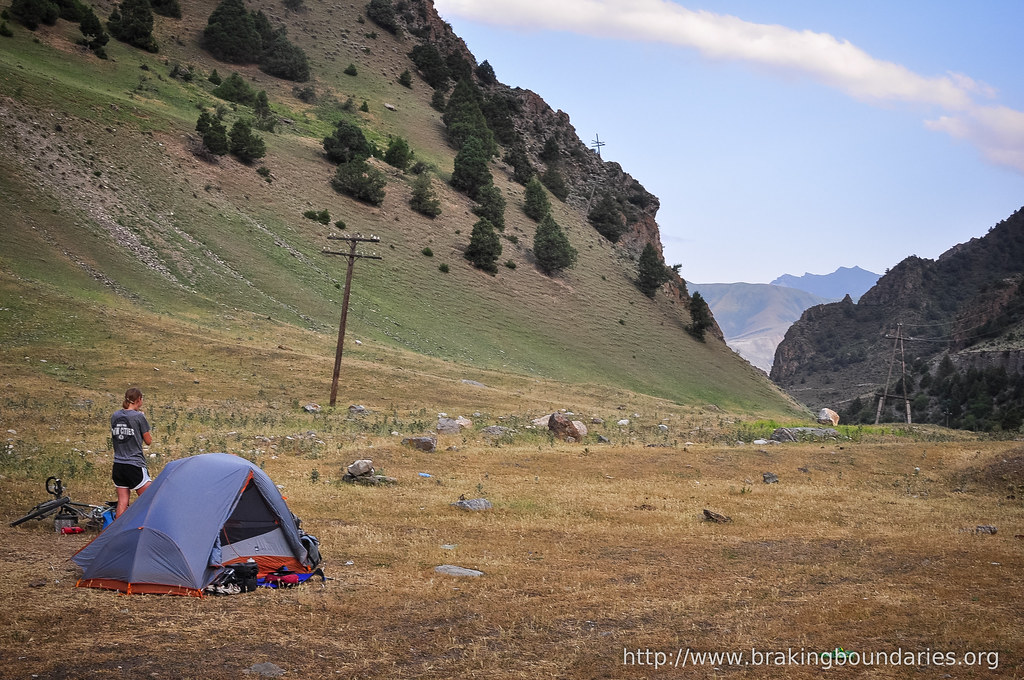 That day we were up by 4am and on the road by 5:30. Thankfully the wind stayed down and we got up and without having to battle the wind. Once we were about 40km away, it started picking up but we were determined to get to Osh by 11am. We put in our headphones, I sat behind Jared as he blocked the wind for me, and we knocked out that 40km in 1 1/2 hours.

As we rolled into Osh I was almost tearing up. We did it, we cycled the Pamir highway. Ten days of waiting for permits, 12 days of straight cycling, eight day without a shower, battling wind, cold, and heat, and it was all worth it. But as we entered that city, all I wanted was a ice cream!

The Pamir Highway, Murghab to Sary-Tash
Our Little Gostinetsa (гостиница)