By Jared on August 17, 2014 TajikistanThe Pamirs

Back in May I was tagged in a post in the Warm Showers Facebook Group. It turned out that a Korean couple had started cycling in Australia and had just made it to the border of China/Kazakhstan. At the time we were only a couple of weeks behind them.

Obviously Katie and I took this as a challenge to see if we could catch up as they were also headed for the Pamirs. Obviously from previous posts our visa/permit issues did not go quite as planned forcing us to change our route around the Pamirs and we missed them in Osh, Kyrgyzstan by just a couple of days and this was where our paths would diverge.

I had really hoped that we would catch them as this rumor of a Korean couple that had quit their jobs and sold everything to travel the world by bike seemed to good to be true, especially if you have live in the Korean culture as we have. 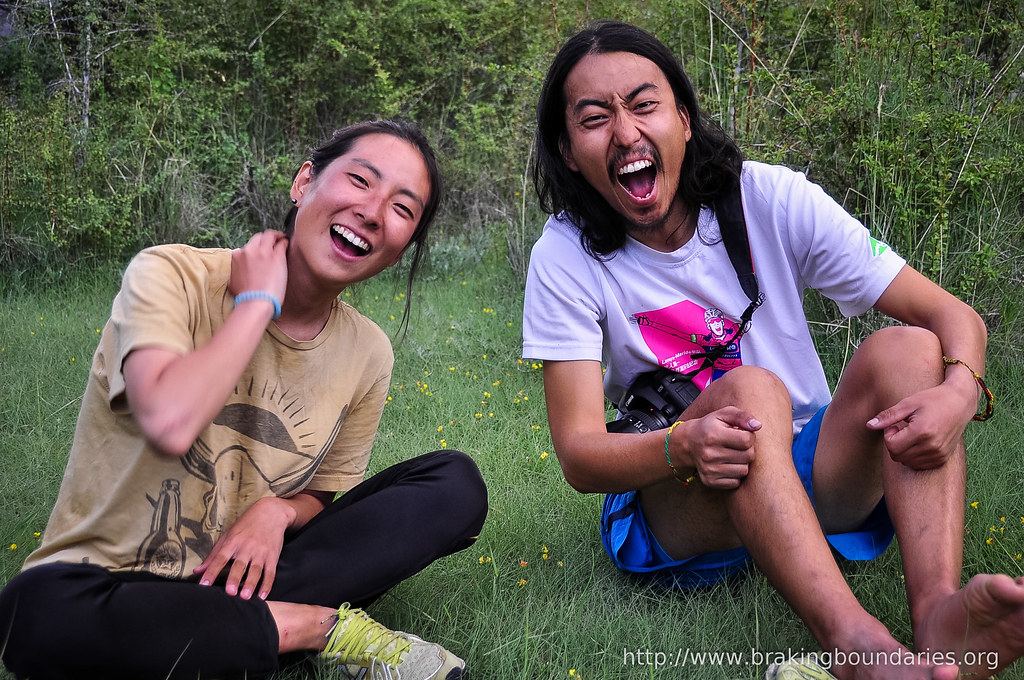 At this point of the journey it was practically radio silence for any cyclist due to the lack of internet I had no no real way of figuring out where in the Pamirs they were.

It wasn’t until we were on the road with Kieran and Marley that there was a rumor of a Korean cycling couple heading our way. Doing the math in my head I had calculated we would possibly meet them on the road between Kalikhum and Khorog, but it wasn’t until dusk on the last night before Khorog when Katie, searching for a campsite for the night, spotted a tent amongst the bushes. She yelled, “that has to be a cycle tourist.” I jumped off my bike to see who it was.

A wary looking Korean man opened the tent wondering how someone could have seen there tent hidden the way.

There was a short pause, then Hunji (Vagabonder Kim) realized it was me.

We had been talking on facebook over the past month and I couldn’t believe that our paths actually crossed.

Out popped his wife Yongil. We had done it! Finally found the Koreans. 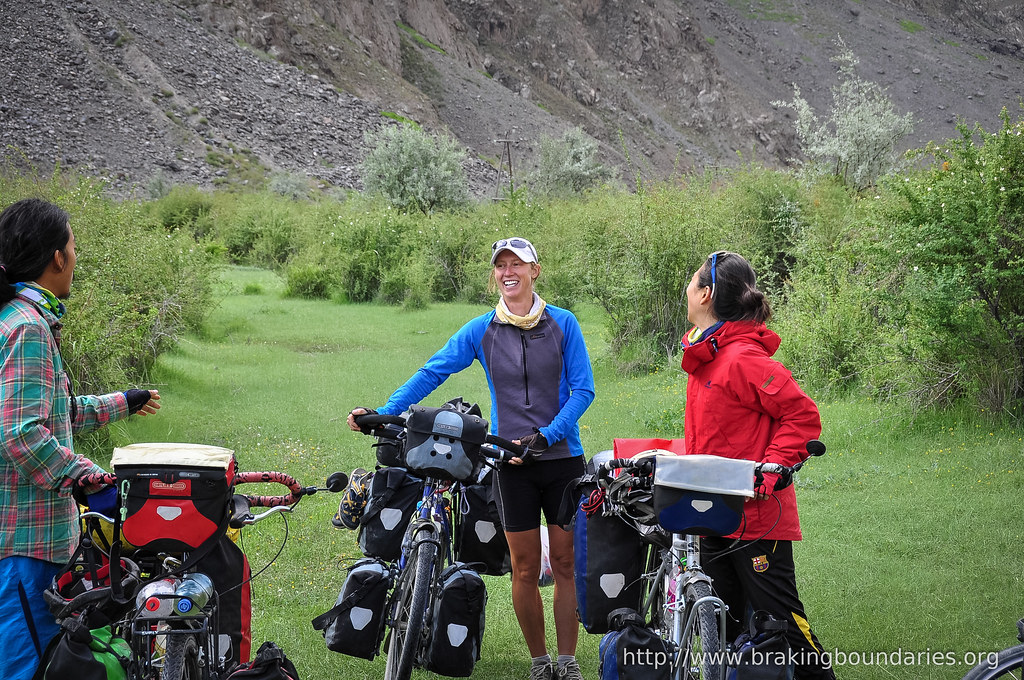 As it was late we asked if they minded the four of us joining them in their little hide away for a night and quickly sent up the tent. 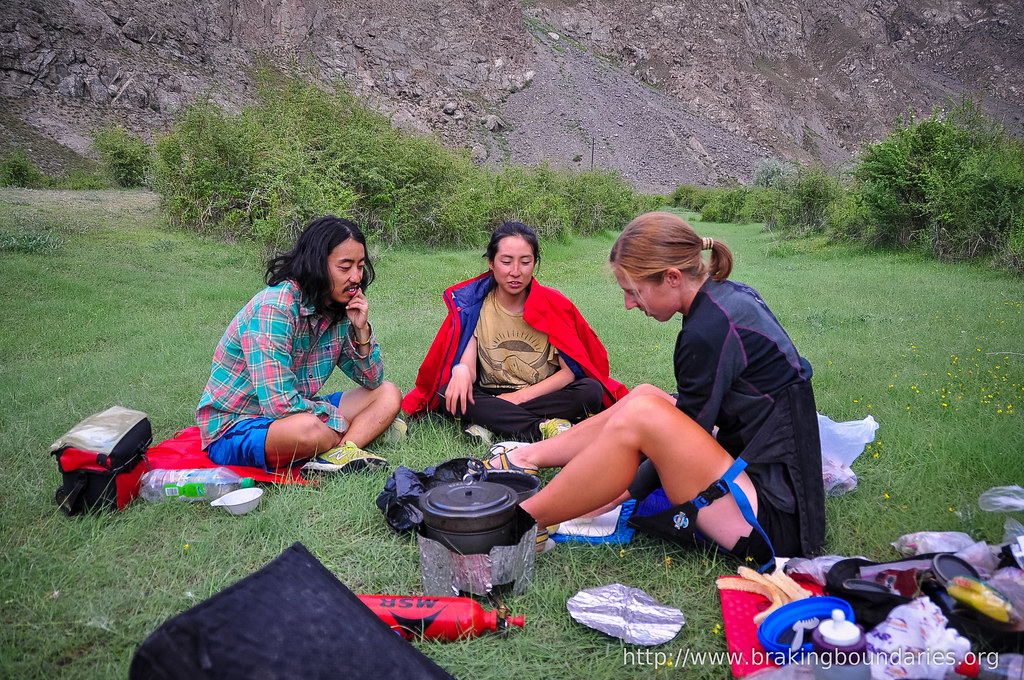 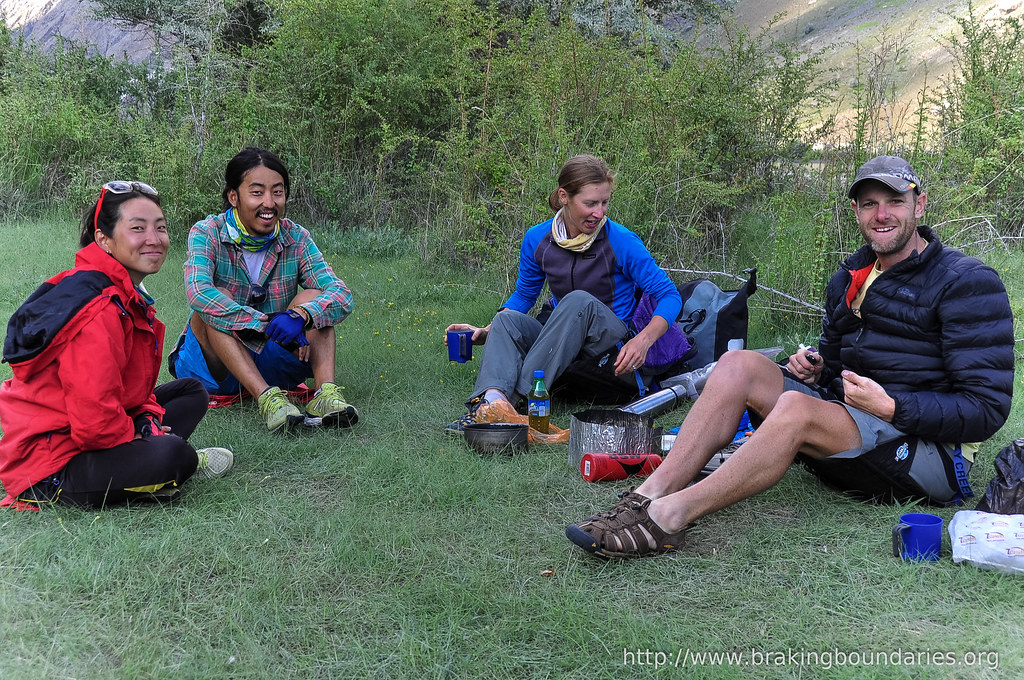 Katie and I then spent the evening telling them how much we missed Korea, the food, the people, and kimchi! It was a blast to catch up with such a cool couple who had broken the Korean stereotype and were out in the world. Our time together was all too short and after a quick photo shoot we went our separate ways. 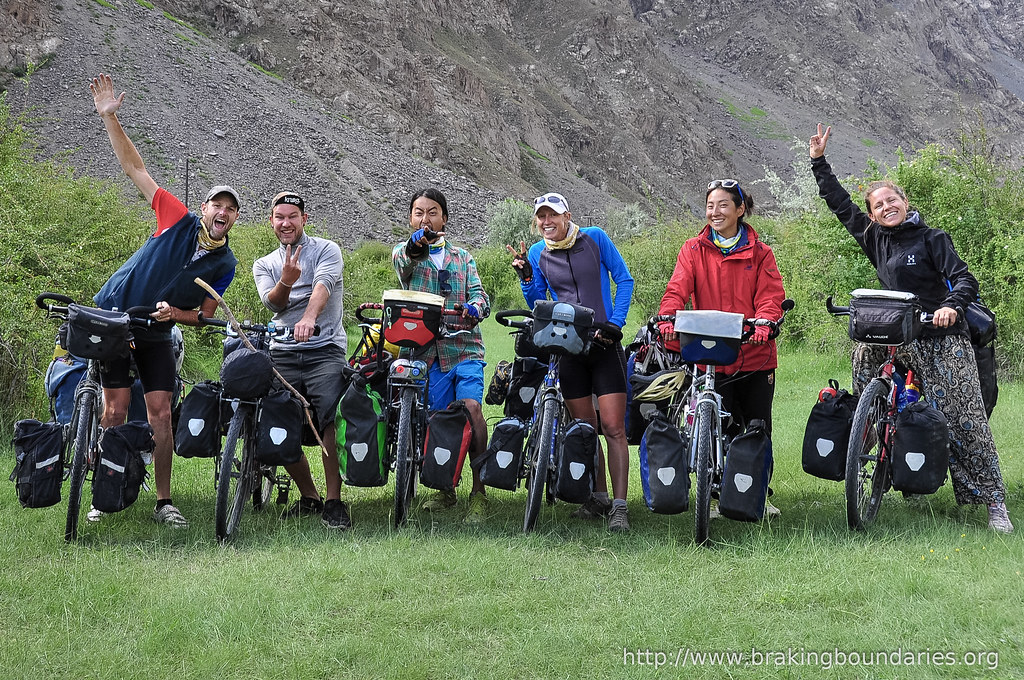 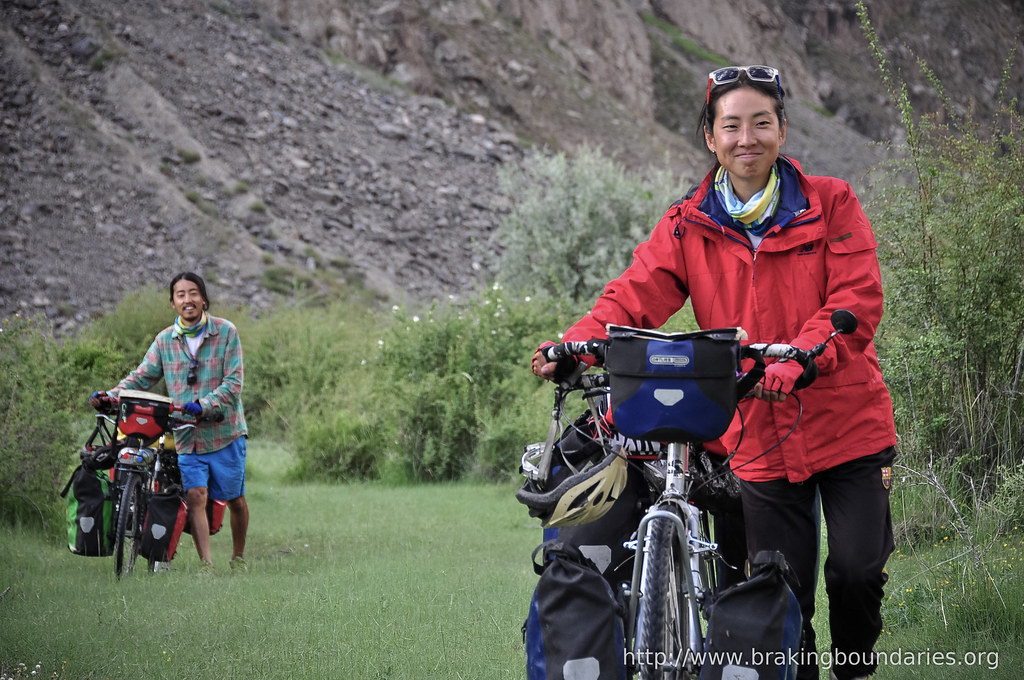 For two home sick (for Korea) ESL teachers this had been a great night. I continue to follow their adventures and wish them all the best. Hopefully one day we will all be camping in the same place again.

You too can follow their adventures http://vagabonderatom.com assuming you can read Korean that is. Hunji’s photography is pretty amazing though and worth a look.