You are here: Home > ReAsia 2014 > From the Road > Kieran and Marley – Our Pamir Companions

By Katie on August 10, 2014 From the RoadTajikistanThe Pamirs

After 10 days of waiting and numerous emotional roller coasters, our dream of riding the Pamirs was finally coming true. After our 11 hour ride to Kalaikhum from Dushanbe and a quick 6 hour sleep, the four of us (me, Jared, Kieran, and Marley) were ready to go. 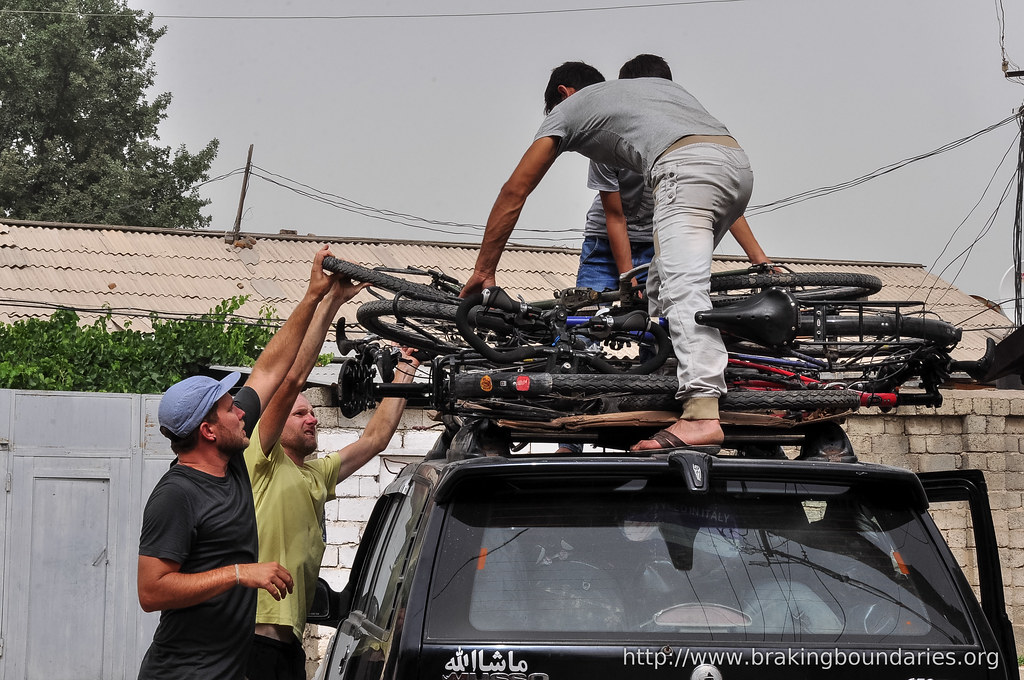 We loaded up our bikes with enough supplies to get us to Khorog which was 4 days away. The road to Khorog was one of my favorite parts of the Pamirs. It was definitely challenging, dirt roads, gradually climbing, and loads of Chinese trucks to battle. But the entire 250km (155miles) only a river separated us and Afghanistan. 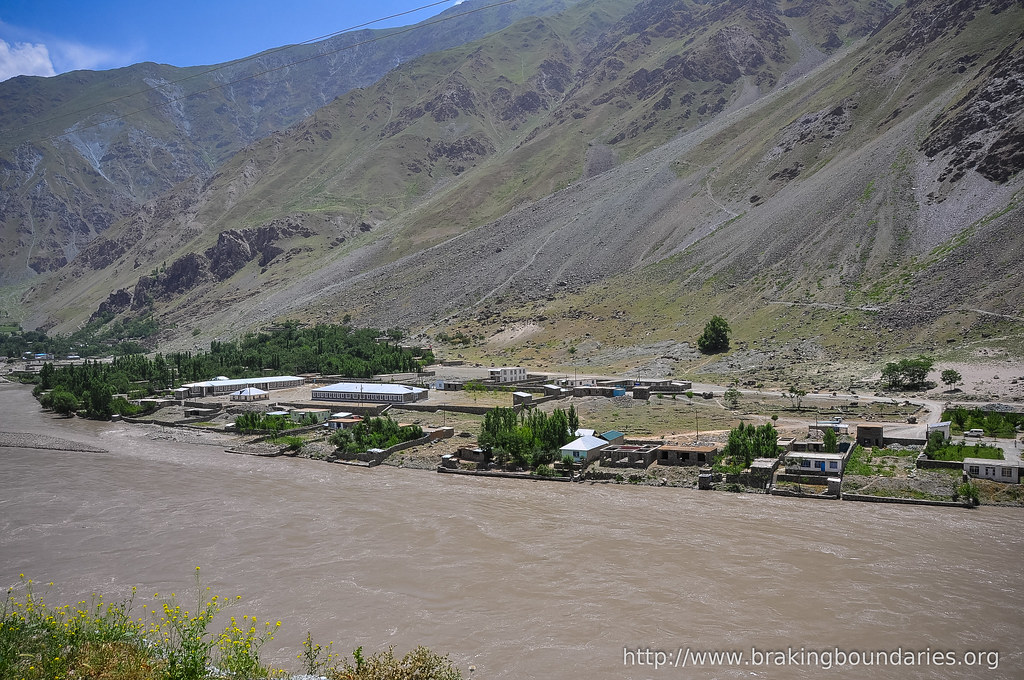 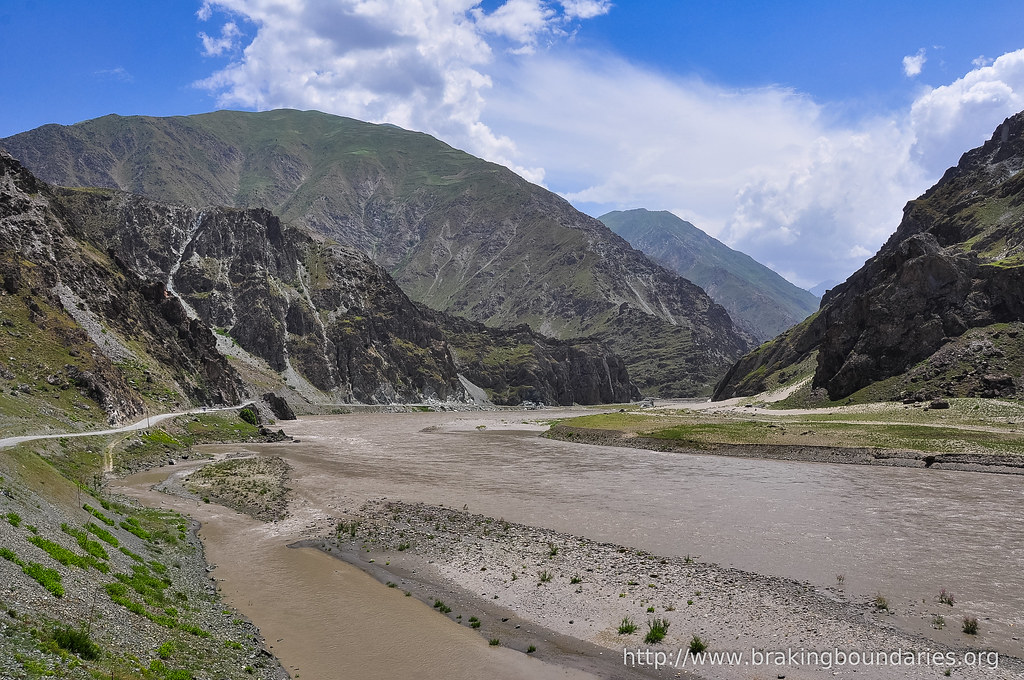 For me, it was extremely neat to be so close to a country I was taught to fear and see how not scary it was. The Afghan side was beautiful. Freshwater waterfalls, immaculate farm land, and well kept villages. There was road, a small dirt one, that connected the villages but very few cars. Most of the people we saw were walking from place to place. It was not a threatening border and we were told later on that the area of Afghanistan we saw, is one of the best places to live in Afghanistan. 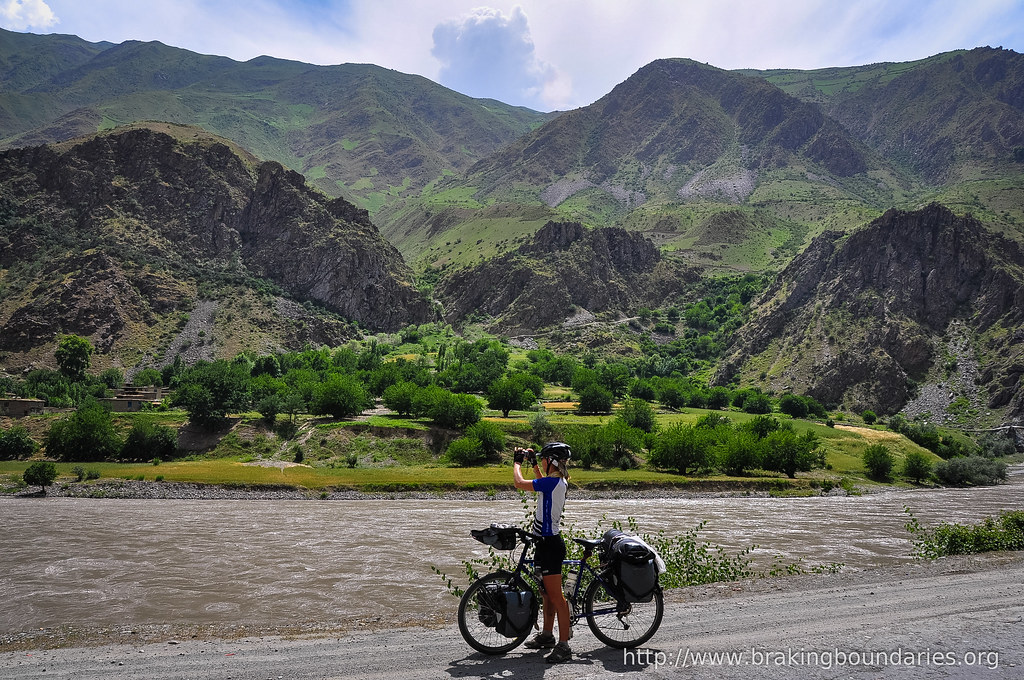 Another reason this leg of the road was one of my favorites was because we rode the whole was with Kieran and Marley. At first we planned on only riding with them for one day out of Kalaikhum but decided to stay together for the long haul. It was so much fun riding with another couple. For me, riding with new people helped take my mind off the crappy roads and traffic we were battling. And it also changes up the daily routine we get stuck in when only riding with each other. 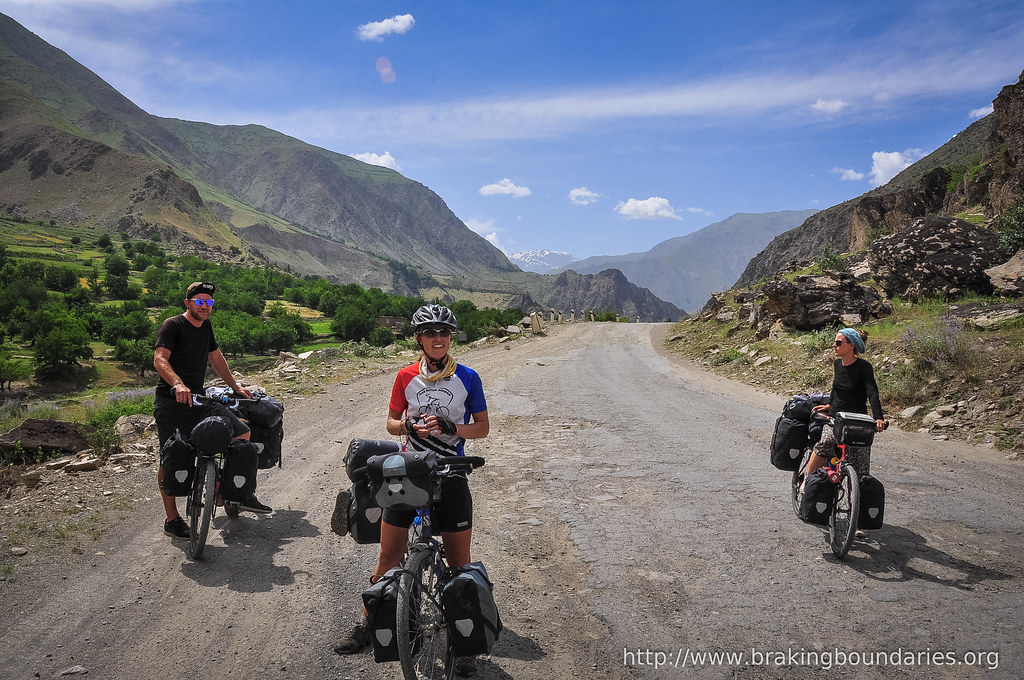 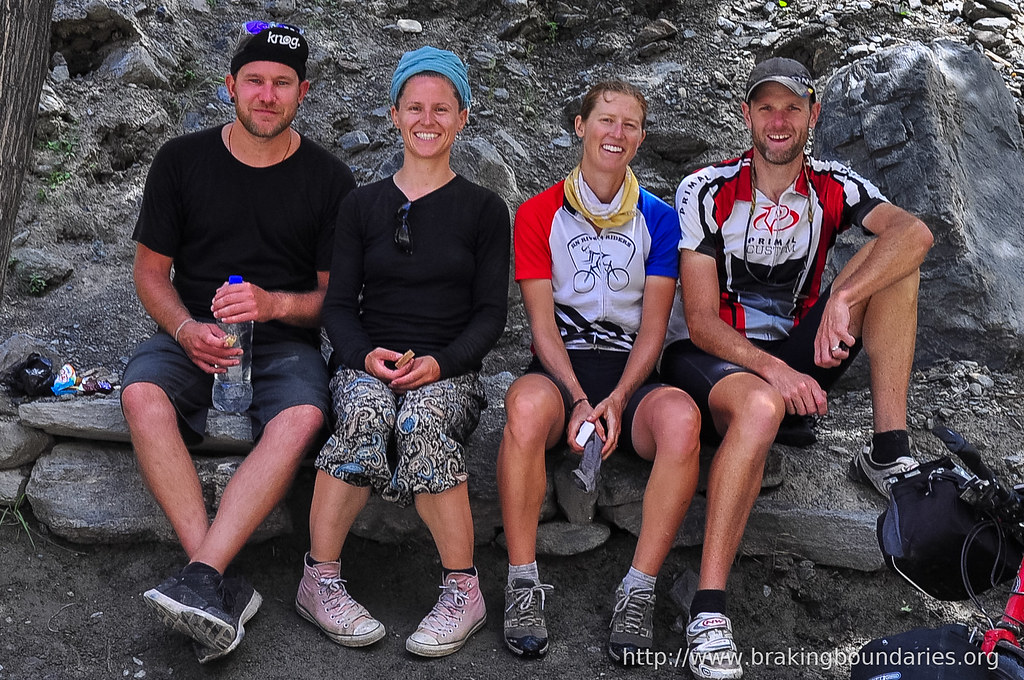 It’s always nice to talk to someone new and travel a little differently when with new people. And for us, it was nice to get to experience this part of the road with Kieran and Marley since we had gone through permit hell together. 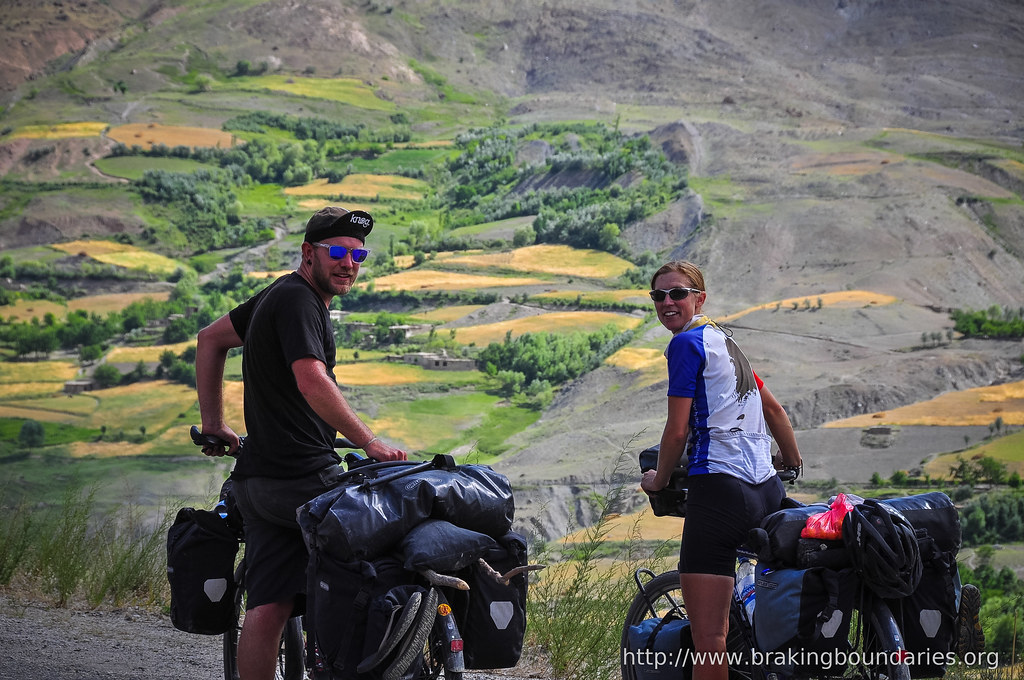 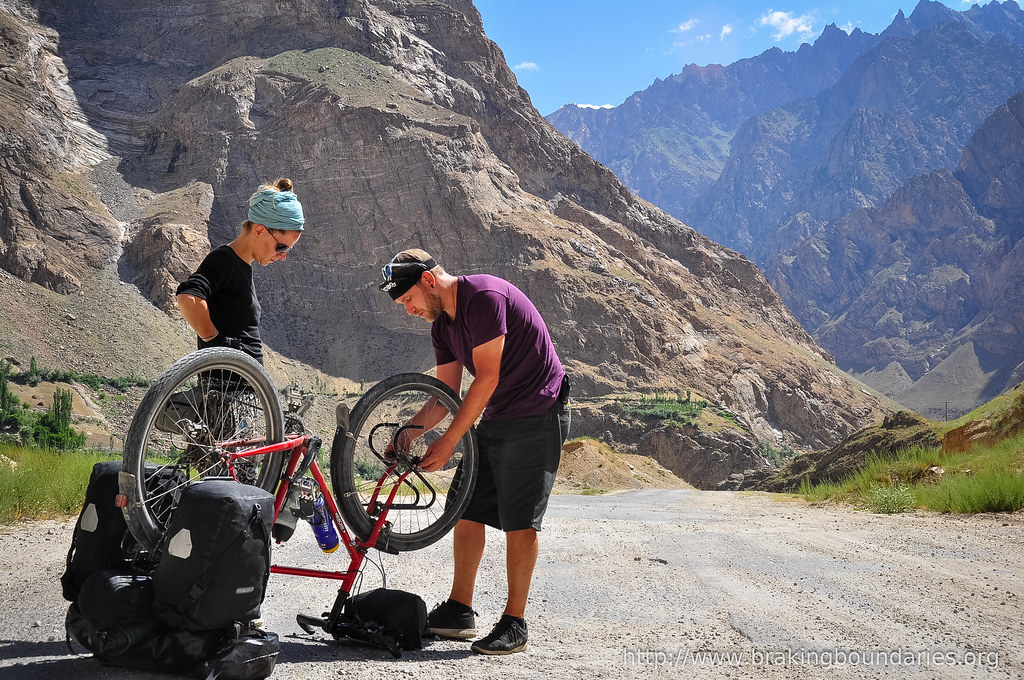 We made it to Khorog on the fourth day and Kieran and Marley chose a different guesthouse than me and Jared. They had the luxury of a day off while we had to be back on the road the next day in order to get out of Tajikistan before our visas ran out. We left them and planned on grabbing dinner together later that night. 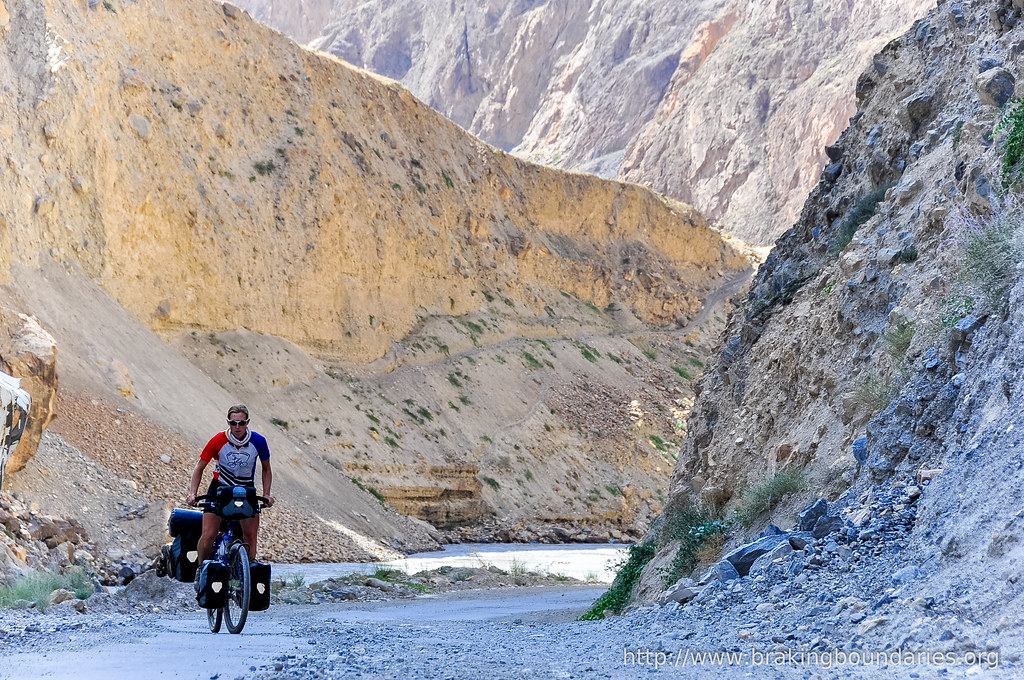 After an afternoon of cleaning up and restocking, we met up for dinner. Khorog was pretty much closed down because it was Sunday so we only had a select few places to eat. We were told by an American woman that there was decent pizza at a local restaurant so we tried it out. We still aren’t sure what it was exactly that we ate but it wasn’t pizza and I think all four of us are still recovering from it. 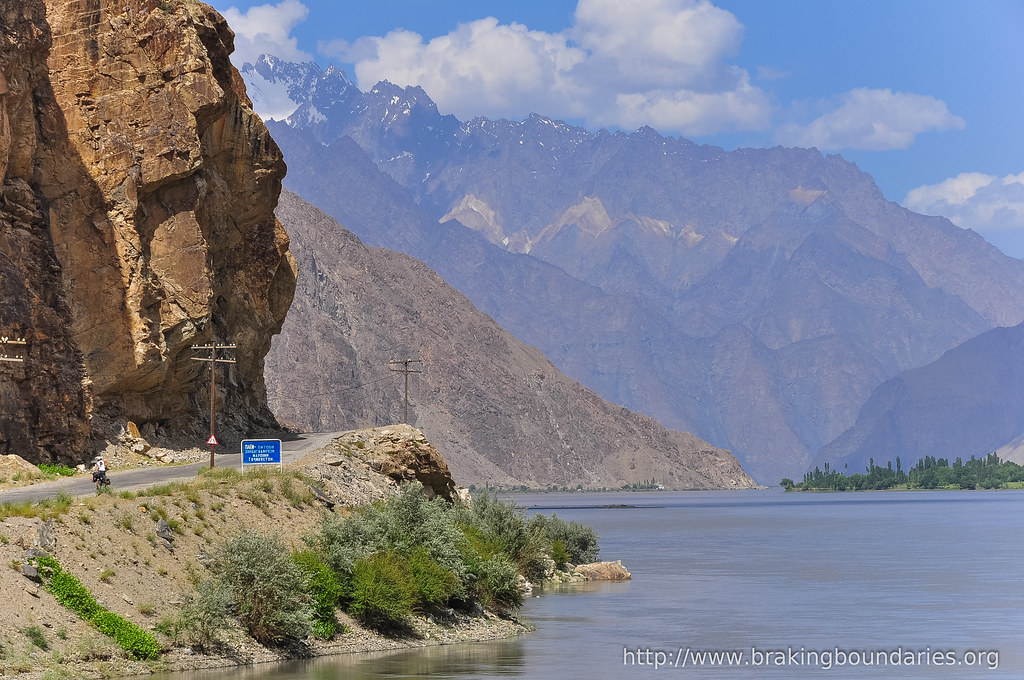 After dinner we said our goodbyes and wished each other good luck. We knew this wasn’t the last we would see of them though. Their travels will take them through Chiang Mai and we thought that would be the next time we would see them. Little did we know that we would be reunited 3 weeks later in Bishkek. The world is a wonderful place. 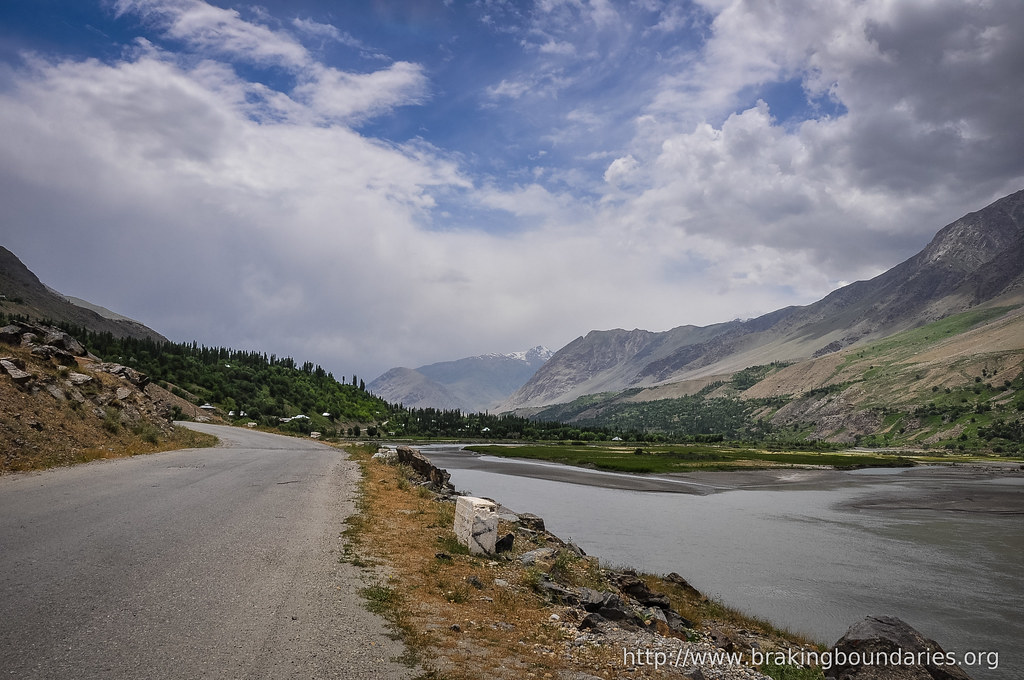 Getting from Dushanbe to Kakaikhum by Jeep
Do-it-yourself Tampons