By Katie on August 3, 2014 From the RoadTajikistan

The time we spent waiting in Bishkek was child’s play compared to Dushanbe.

Let me start at the beginning; Bishkek. While in Bishkek we got our Tajikistan visas and were under the impression we could get our GBAO permits, which are needed to ride the Pamir highway, as well. When we went to the embassy we got our visas no problem but when we asked about permits, they said we had to go to Dushanbe. This wasn’t a huge problem because we had to go to Dushanbe anyway but we wanted the permit before we got to Tajikistan to avoid any problems.

While waiting for our tent in Bishkek, we called the embassy every day asking if permits were being issued yet, and every day we were told no and to go to Dushanbe. Once our tent arrived, we had no choice but to continue on without our permits and hope to get them in Dushanbe. Not more than two days out of Bishkek did Jared get an e-mail saying they started issuing the permits again in Bishkek, we were a bit annoyed. Nevertheless we charged on, making our way to Dushanbe via Osh. We got to Osh for a day off and stared hearing rumors that the permits weren’t being issued in Dushanbe anymore but they were still being issued in Bishkek. We had a decision to make, Jared could fly back to Bishkek and get our permits or we could keep going and cross our fingers there would be no problems. We decided to keep going.

We left Osh and headed for Tajikistan. The road there was flat, hot, and boring. 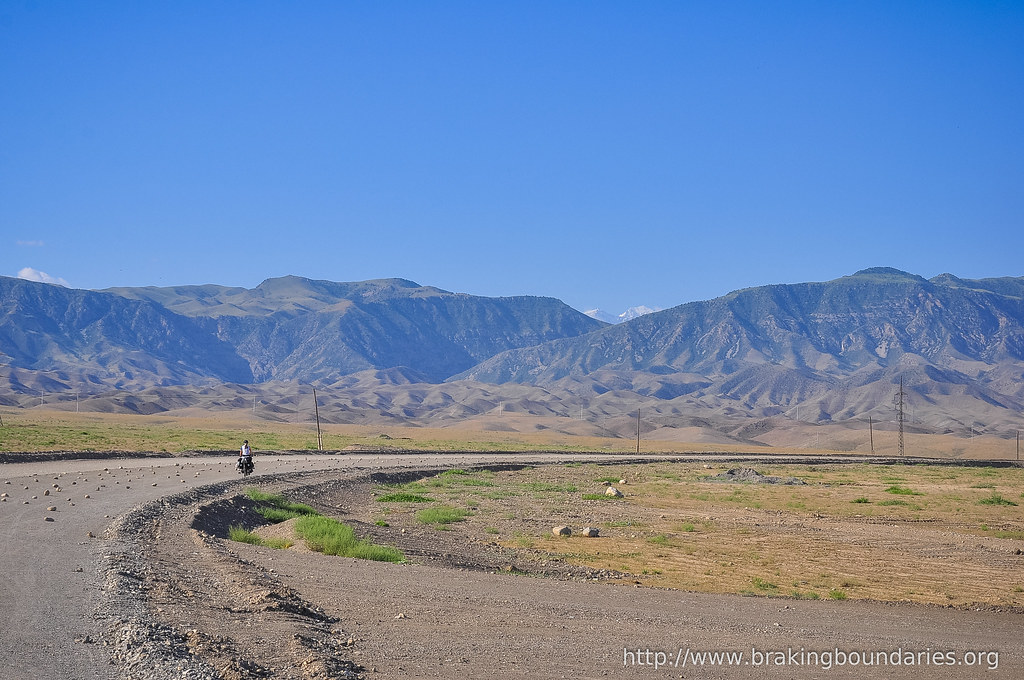 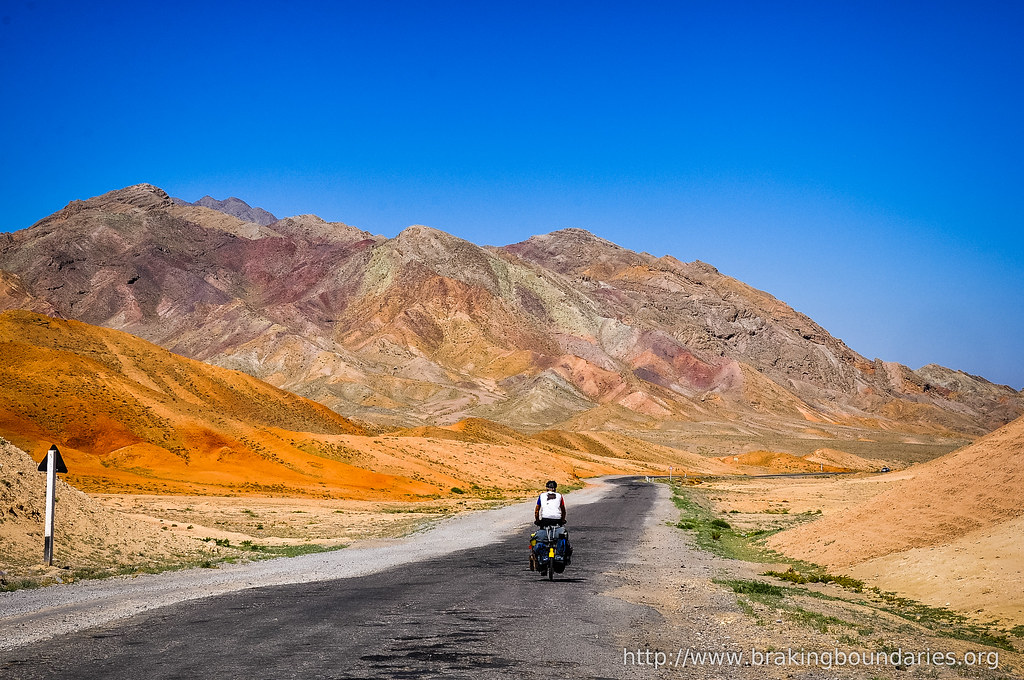 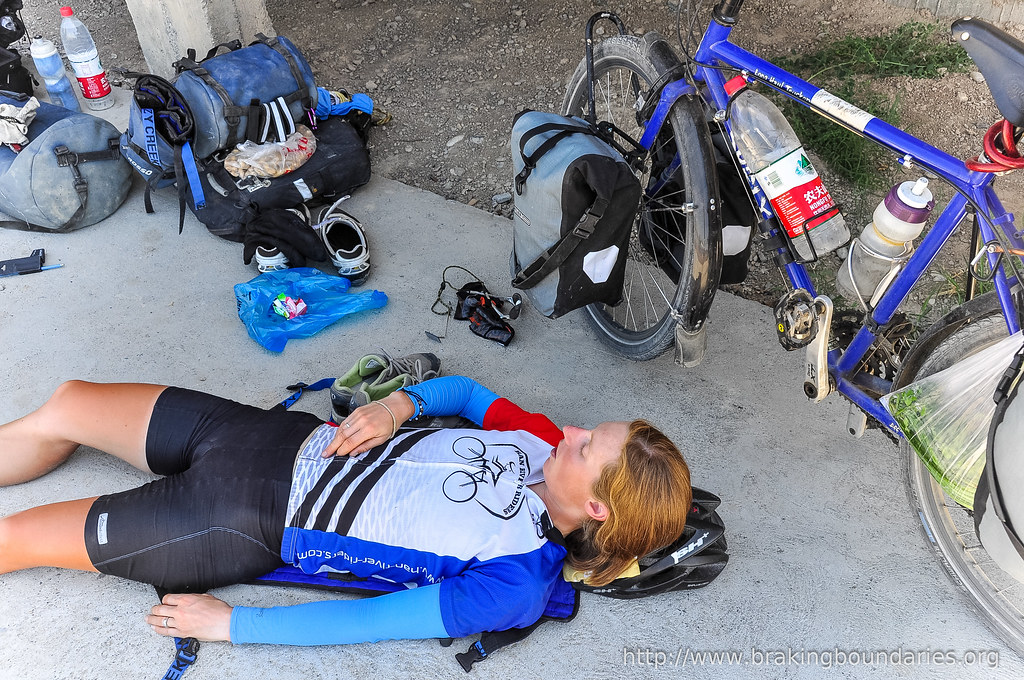 We made it over the border in three days and that’s where we met Sanaba, see the Sanaba post, in Isfara. From there it was a days ride to Khojand, where we decided to chuck the bikes on a jeep for the final 300 km to Dushanbe. Our hope was that if we arrived on a Monday we would be able to get permits. 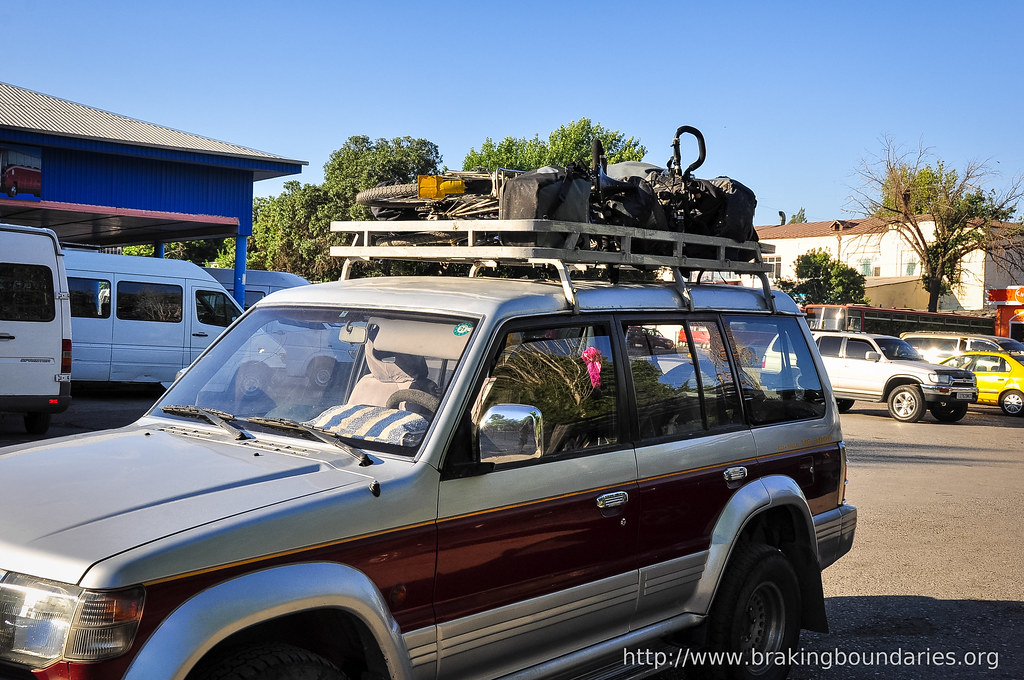 We arrived at the Adventures Inn on Sunday afternoon and met another cycling couple, Kieran and Marley, in the same boat as us, waiting for permits. They told us they had been working with a travel agent who seemed pretty reliable. We sort of latched in to them and went with them to the OVIR office the next morning and prayed the permits were being issued again.

Needless to say there were no permits and we had no reason why Dushanbe wasn’t issuing them and we had no time table as to when they would be issuing them again. We then went across the street to the travel agent to see if he could do any better. The travel agents in this area of the world can get things that ordinary people can’t, just depends on who you know and how much you can bribe them.

We left copies of our passports with the agent and he told us to come back later that day and hopefully we would have permits. Well life just isn’t that easy. We went back to his office at 4pm and we were told there was no way of getting permits until July 1st, it was June 23rd. Our Tajik visas expired on July 14th and we needed enough time to ride the road so we didn’t know if we could wait around that long. This is when the real depression and frustration started. We didn’t want to give up but we also didn’t want to run out of time on our visas.

Once we got back to the Inn, we called and emailed all the travel agents we could find asking about the permits. We looked into flying to Bishkek with everyone’s passports to get the permits but nothing was working. We spent Tuesday looking at all our options and decided if we didn’t have any leads by Thursday, we would give up and head back to Osh the way we came. That’s when we heard a woman that worked at the Inn, who was currently on vacation, had a connection in the office and would be back on Thursday, so we decided to wait and see what she could do.

Wednesday came and brought massive food poisoning to Jared so we wouldn’t have gone anywhere anyway. While he was recovering on Thursday our hopes were shattered once again. The woman with connections was no help and told us Monday or Tuesday. We were really about to give up this time when Kieran convinced us to wait it out. It was either wait 4 more days or wait 2 years and spent loads more money to come back and do this stupid road! Instead of waiting around at the Inn getting more and more frustrated, we decided to spent a few days in the Fann Mountains north of Dushanbe. We packed up and left Friday morning and didn’t come back down till Monday morning. 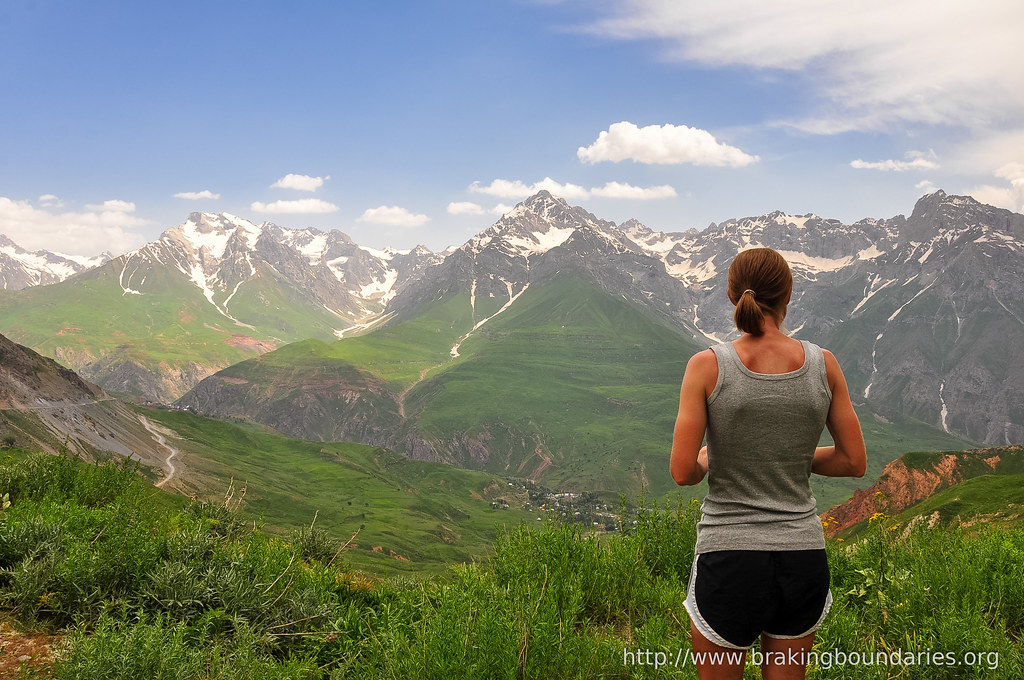 Monday the 30th of June brought a small sense of hope. We were told we could get the permits on the 1st by the travel agent but we were all hoping it could be done on the 30th. We started with the woman at the Inn who called her connection at 9am and got a resounding ‘”No”. Then we called our travel agent and he told us no but tomorrow for sure, he promised. Taking Kieran’s advice again, we waited some more. We gave it until Wednesday the 2nd of July, if we didn’t have it by then we had to give up.

We tried on the 1st, since we were promised by the agent but once again were told no. But this time he said for sure the next day, this was becoming a theme. Tomorrow tomorrow tomorrow. By this point we were at the lowest we had been all trip. The Pamir highway was the reason for this trip, it was the reason Jared wanted to come back to this part of the world, planned for 4 years, and would be heartbreaking if we got this far only to be denied. But we planned for the worst and got things ready to head back to Osh the way we came. Wednesday morning I was up and getting packing, had my cycling clothes on and ready to hop on my bike when Jared called the agent and heard the magic words, we have permits!

The four of us, me, Jared, Kieran, and Marley were ecstatic. All the waiting, the ups and downs, the frustrations, were all worth it, we were going to the Pamirs! Jared headed down to the agents office to get the permits while we got our bags packed and ready. Since we had to wait so long for the permits the four of us decided to split the cost and get a ride to Kalaikhum, a city 300km from Dushanbe on the Pamir highway.

While at the agents office. Jared organized a driver to take us to Kalaikhum that day. It was 300km and would take at least 8 hours. We didn’t care about the time in the car, we just wanted to get our Pamir adventure underway. 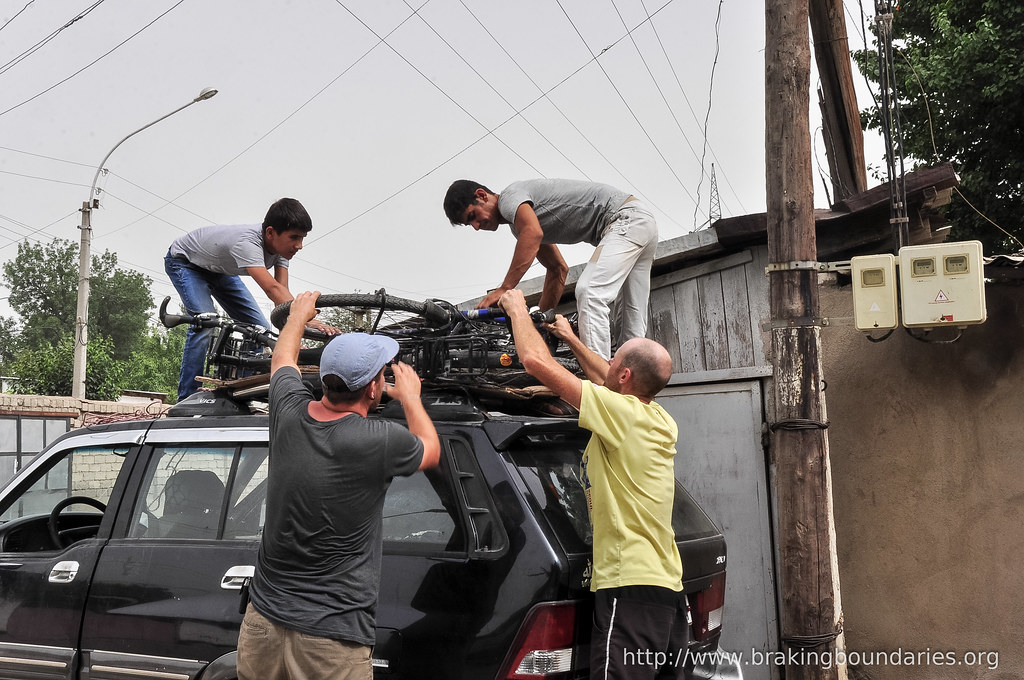 After a short delay, the agent forgot one permit, we had our permits in hand, our bags packed, and a driver to Kalaikhum. We got on the road around 4pm leaving Dushanbe, our frustrations and depression behind and ready for the ride of a life time.