There is only one real main road from Bishkek to Osh so it was only a matter of time before we met other cycle tourists along the way. After all the Stans are a bottle neck for travelers and cyclists alike stuck waiting for visas or moving to the next city to wait for yet another visa. Here are the people we met along the way.

Not more than 80km out of Bishkek we met a Romanian cycle tourist who tried to convince us to take a slight detour on 400km of dirt road. I’m sure it would be worth it but we are on a tight schedule. He also informed us that there were two other couples ahead of us which of course Katie and I took as a challenge. 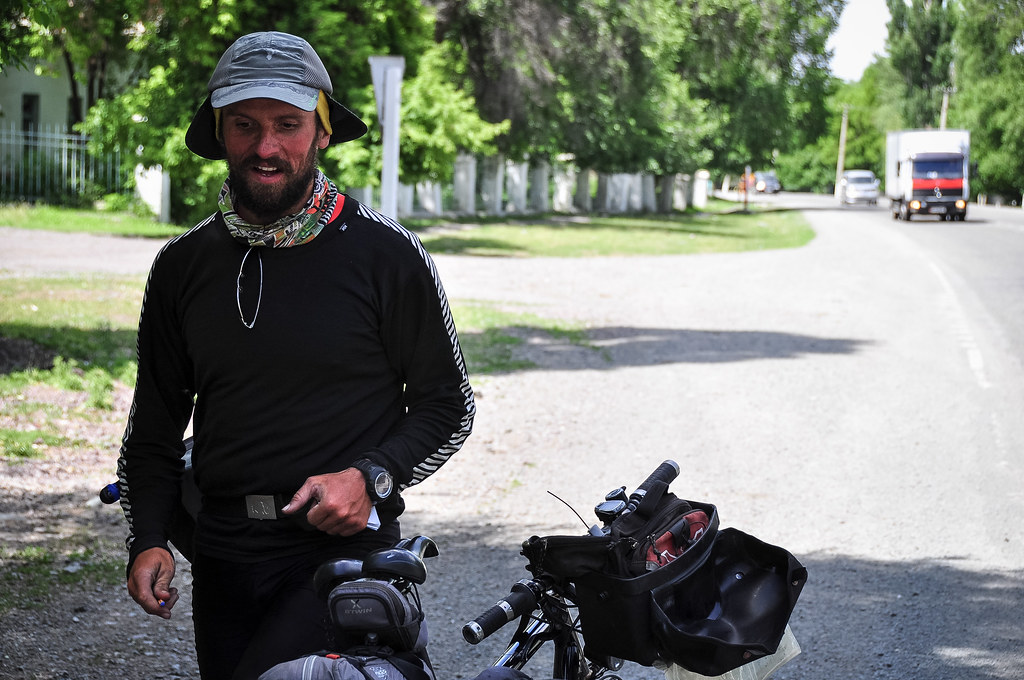 Next a motorcycle tourist from Slovakia stopped to say hi as we were going up our second pass.

Later that day we caught the first of the couples, Dan and Jess. They had cycled from Australia and were on their way to England. We quickly stopped and said hi before pwoering on. Turns out they passed us again that night and camped about 2km from us.

So the next morning we cycled together for a bit before sitting down for some Chai (Tea) and bread at my favorite (been there twice now) Chaikana. 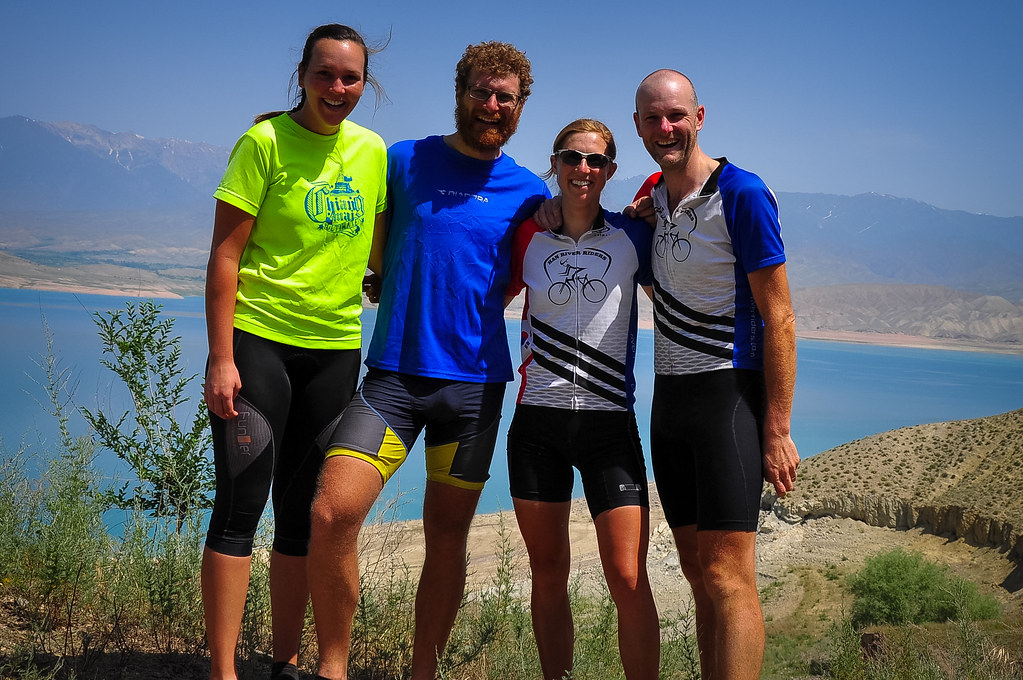 Again we thought that we would see them again but that was not the case. Instead we caught up with Sarah and Emerson the kiwi couple that had been staying at the same hostel as us in Sakura. As this was late in the day we decided to continue on for a little while longer and camp together. It was really nice to have company. 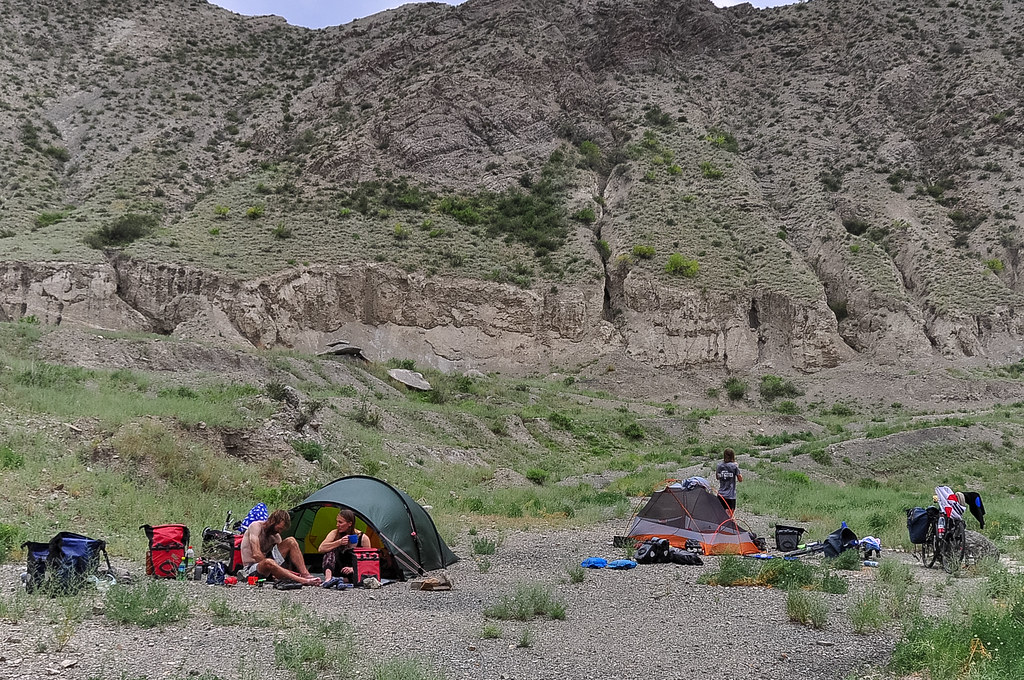 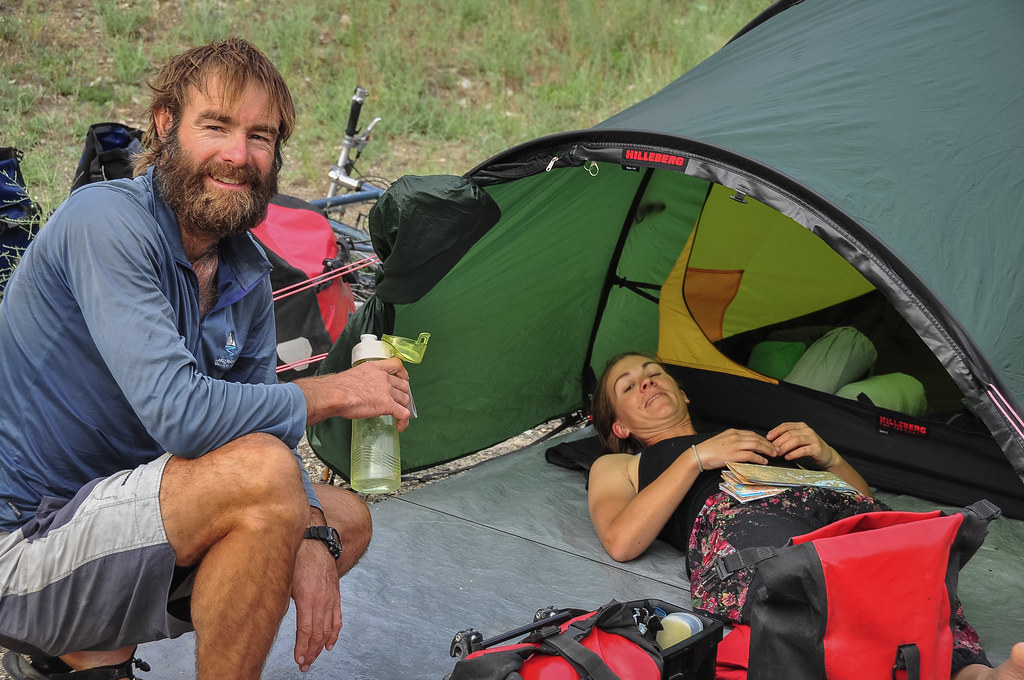 On our final day to Osh we met an American/Taiwanese cyclist who was coming from China. He was super happy to see people. 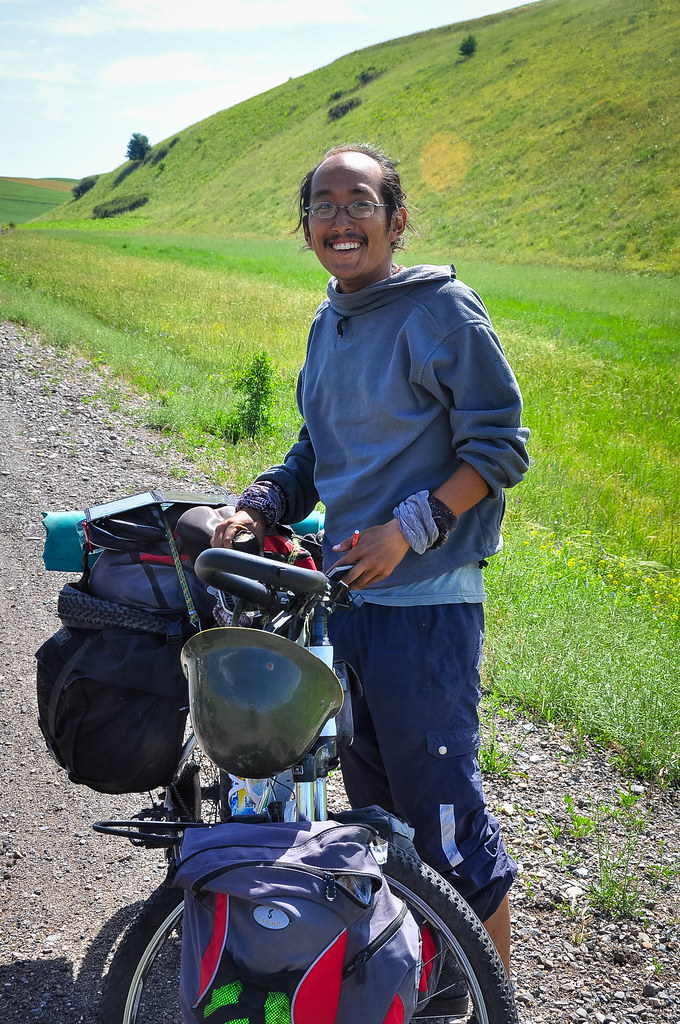 I wonder who we will run into during the next leg?

Radio Silence Over
Sanaba. Our Mother from Isfara