We arrived in Urumqi a week earlier than planned. Our first plan had us arriving in Hami on May 12 and cycling to Urumqi to put in our Kazakhstan visas on May 19. But the train gods had different plans for us. We arrived in Hami bright and early on Monday the 12th but our bikes were still in transit, via Urumqi and wouldn’t be in Hami until Wednesday. We had a decision to make. Do we wait around for our bikes, book it to Urumqi to get our visas in and then high tail it to the border? Or, do we take a 7 hour train ride to Urumqi and meet our bikes there and skip out on the road from Hami to Urumqi? We opted for the latter. What’s one more train ride? 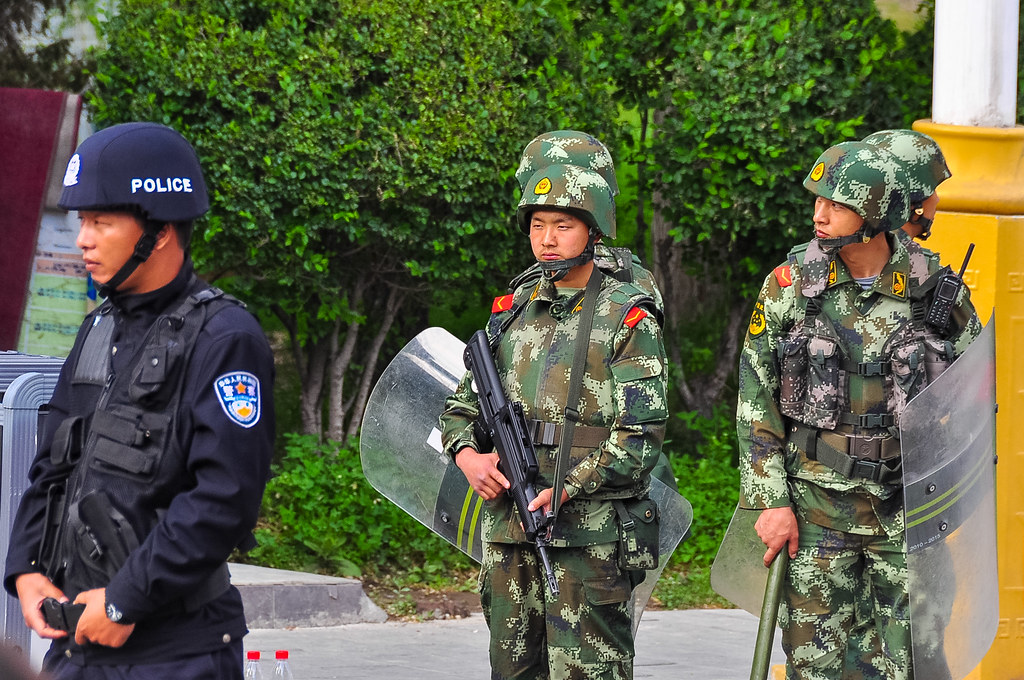 High Security all over Urumqi

Arrived in Urumqi expecting to have to wait a day for our bikes but were greeted with a nice surprise, bikes and gear were already there and we could ride away from the train station. We were thrilled! Plans changed right there. We would get our Kazakhstan visas in the next day, then spend the seven days waiting for the visas riding around the TianShan Mountains, but more on that later.

First let me tell you a bit about Urumqi. Urumqi is an interesting city and holds a few records. It is the most remote city from any sea in the world, a whopping 2,500km (1,600 miles) from the nearest coastline. It is also considered one of the worlds most polluted cities. The Blacksmith Institute ( an international non-profit organization dedicated to solving life threatening pollution problems on the developing world) placed Urumqi on its 2007 Worlds Worst Polluted Places list and in 2008 the Toronto Star put it in their Top Ten worst places in the world to live. I feel so lucky to have spent time there! 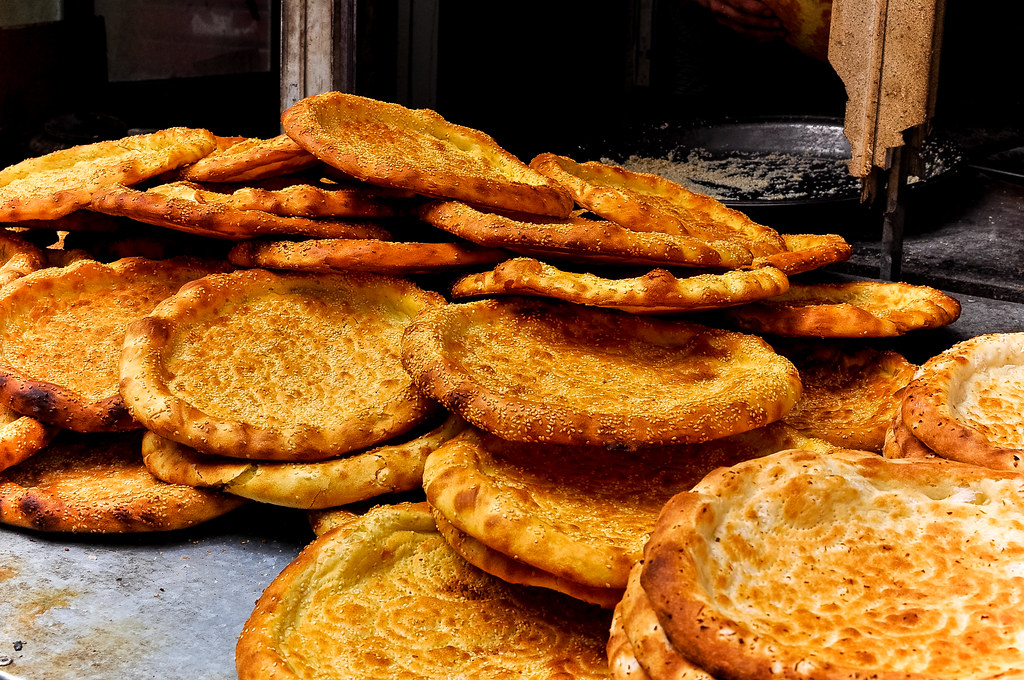 Another fun fact about Urumqi, well most of China actually, is that it is all on one time zone. And even though we have travelled from one side of China to the next, we are still in the same time zone. It’s like living in Los Angeles but being on Central Standard Time, it messes with you. Thankfully we are here in spring and the sun is rising at a normal hour, but in late January the sun doesn’t rise until 9:45am and sets around 7pm. That’s not even the best part, since Urumqi wants to be the bad ass of China, they work on both Urumqi time and Beijing time. So some businesses are two hours behind Beijing time but working on what the real time should be, it’s a tad ridiculous. 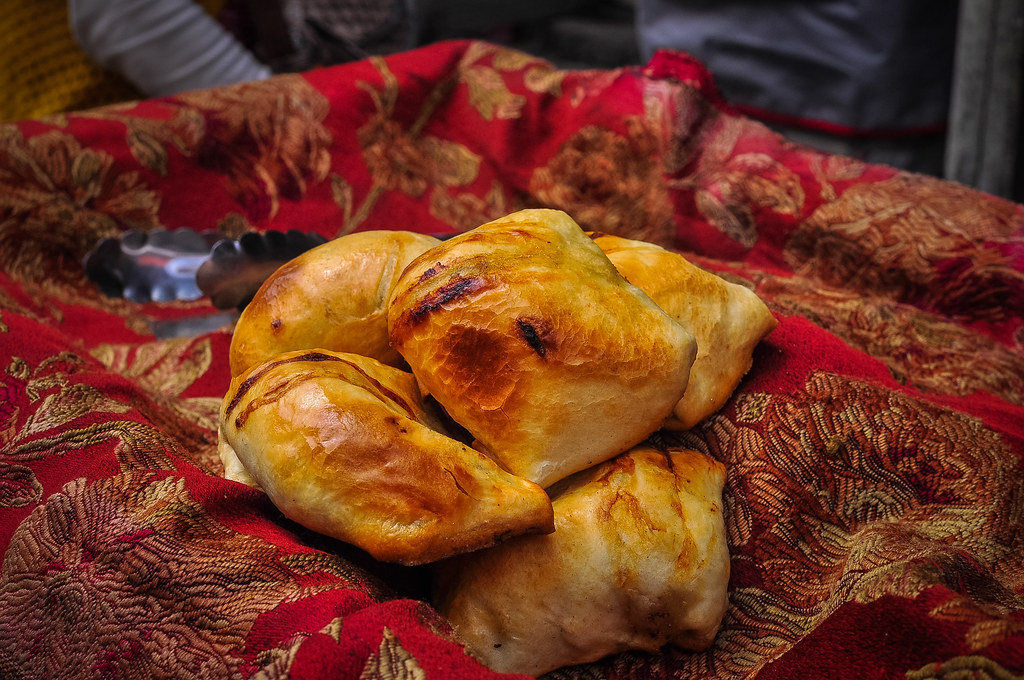 All joking aside, Urumqi is a neat city with an interesting history. It is on the northern part of the Silk Road and the southern part of modern day Urumqi was used by the government to collect taxes from the caravans. The city, which was called Luntai in 648, changed to Dihua in 1763, and finally Urumqi in 1954. The city has seen many different Emperors and Dynasties which is why it has changed names so many times, but I won’t bore you with the details. If you want to read all about the history check out the Urumqi Wiki page here. 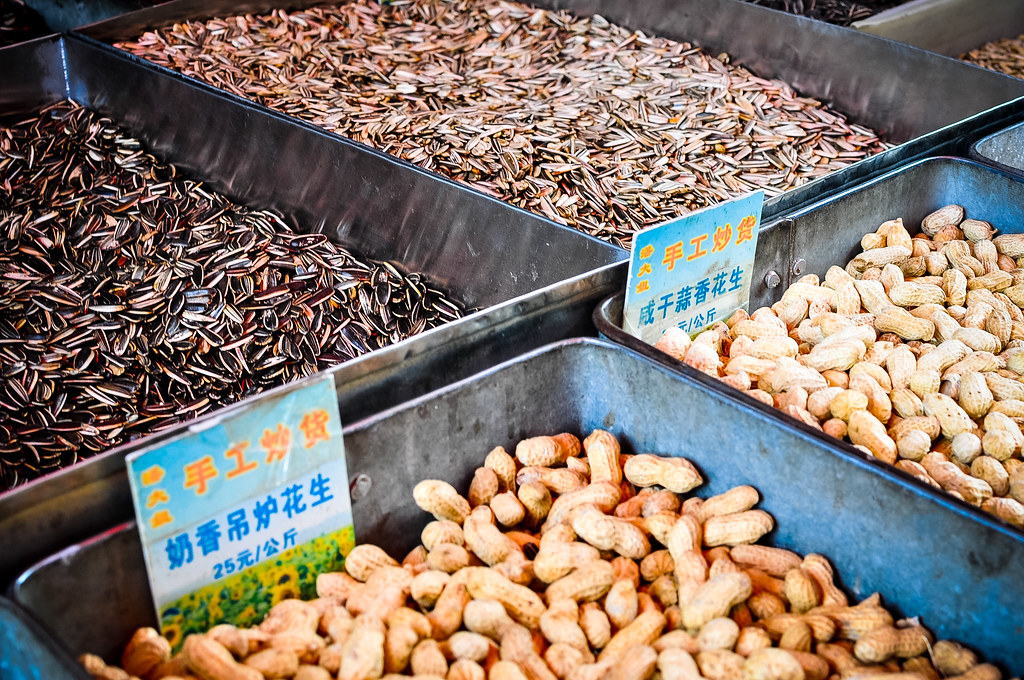 But enough history, the real reason we love Urumqi, and the whole of the Xinjiang province, is because it has a heavy Muslim population and that means lots and lots of bread!!!! I didn’t think I would be eating so much good bread in China, not exactly what you think of when you think of Chinese food. They make a different type of naan bread, not like Indian naan bread, but just as delicious. We have been stuffing our faces with so many different types of naan and different breads in general, we just can’t get enough.

The Urumqi area has been an interesting place to spend a week waiting for visas. It has a rich history, still has civil unrest, but most of all it has great food. But we are both ready to leave China and start start a new adventure in a new country. On to Kazakhstan!

Scenes from the Road – Xining to Zhangye
Our Vacation on Vacation