You are here: Home > Korea Chronicles > General > It Takes a Typhoon to get off the Bike

The title says it all really, although the typhoon turned out to be, as one person put it “a weak ass tropical storm.”

For the last year or so I have been pondering what to do with the Braking Boundaries Site which was my home away from home while on the road in 2009. Should I let dwindle into the webisphere or take the site in a new direction? It turns out that weak ass tropical storm Meari (Korean for ‘echo’ according to my elementary students) made the decision for me by ruining my plans for another weekend away in the mountains of Korea on my trusty bike. So with an unexpected 48 hours on my hands I feverishly moved, mangled, and muddled my way through a site redesign.

Biking has literally taken up just about every weekend over the last few months with day rides, weekend rides, 3 day rides, and 12-24 hour endurance rides. It turns out that there is an ever growing presence of people here in South Korea that are interested in doing the same, so I thought it only fair that I share what I have learned on my rides in the country-side with others in the hopes of inspiring people to get out and do what Tom, Katie, David and I did not more than 2 years ago. 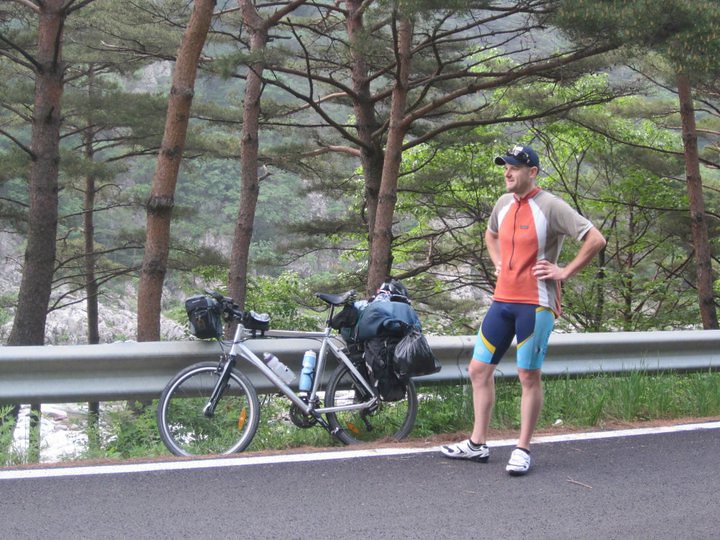 Looking for a place to pitch my tent

Last weekend a bunch of the “Han River Riders” Seoul’s local Facebook group, braved my insanity and got a first hand taste of why I’m never around in the weekends. More on this trip next post, but I think everyone would agree that it was challenging while being extremely enjoyable. 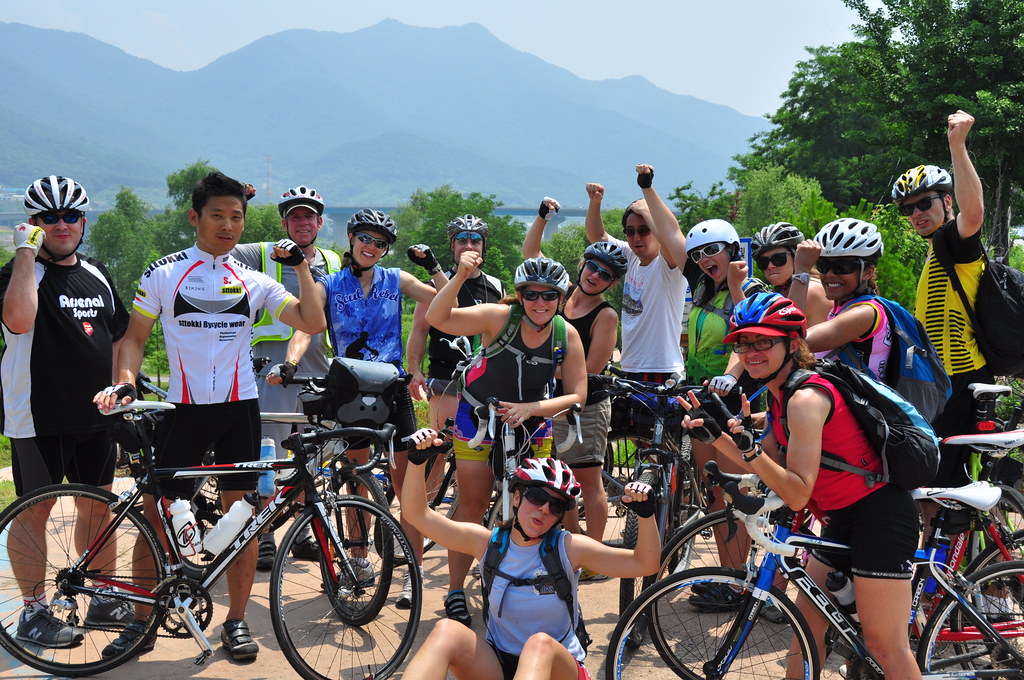 So for the rest of the year I will be adding information to the site of how I get around Korea by bike in the hopes that you do the same, whether it be chucking your bike on a bus, wild camping under a dam, or organizing a motley group of cyclists to hit the hills (some say mountains) of Korea.

If this sounds like the kind of thing you want to get out and do stay tuned on facebook or right here at Braking Boundaries.

Has it Really Been a Year?
Why Not Warm Shower it up in Korea?